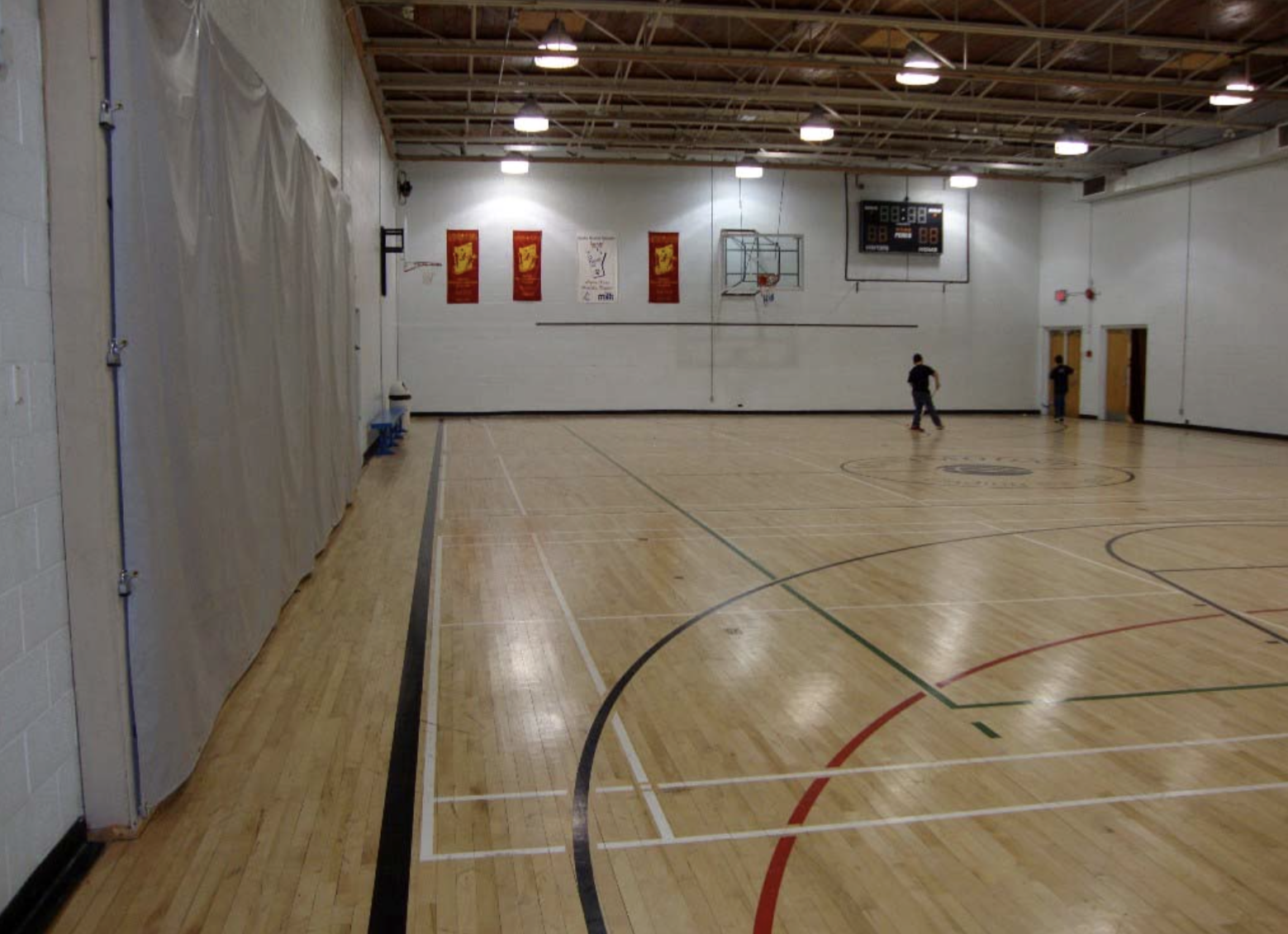 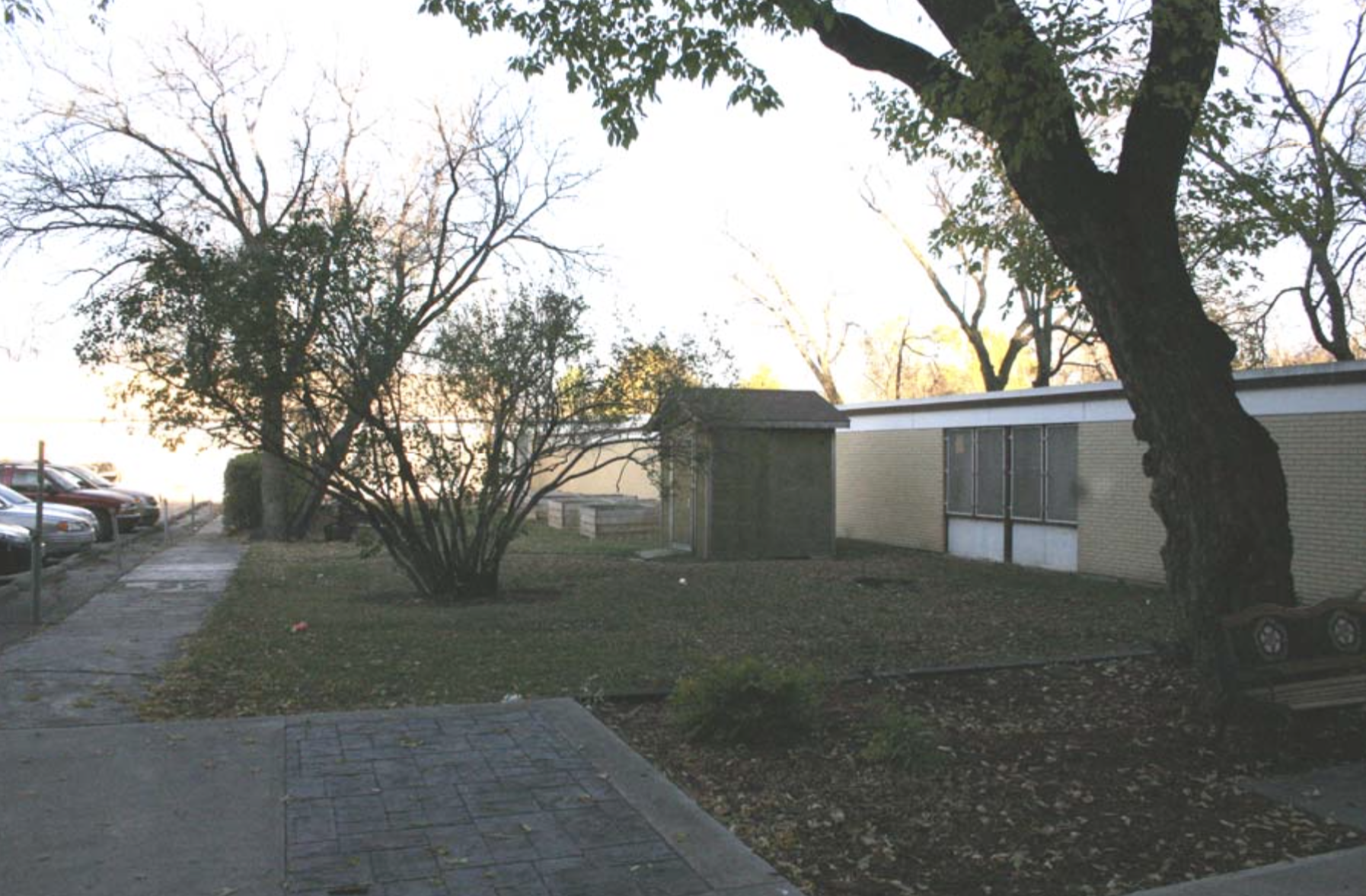 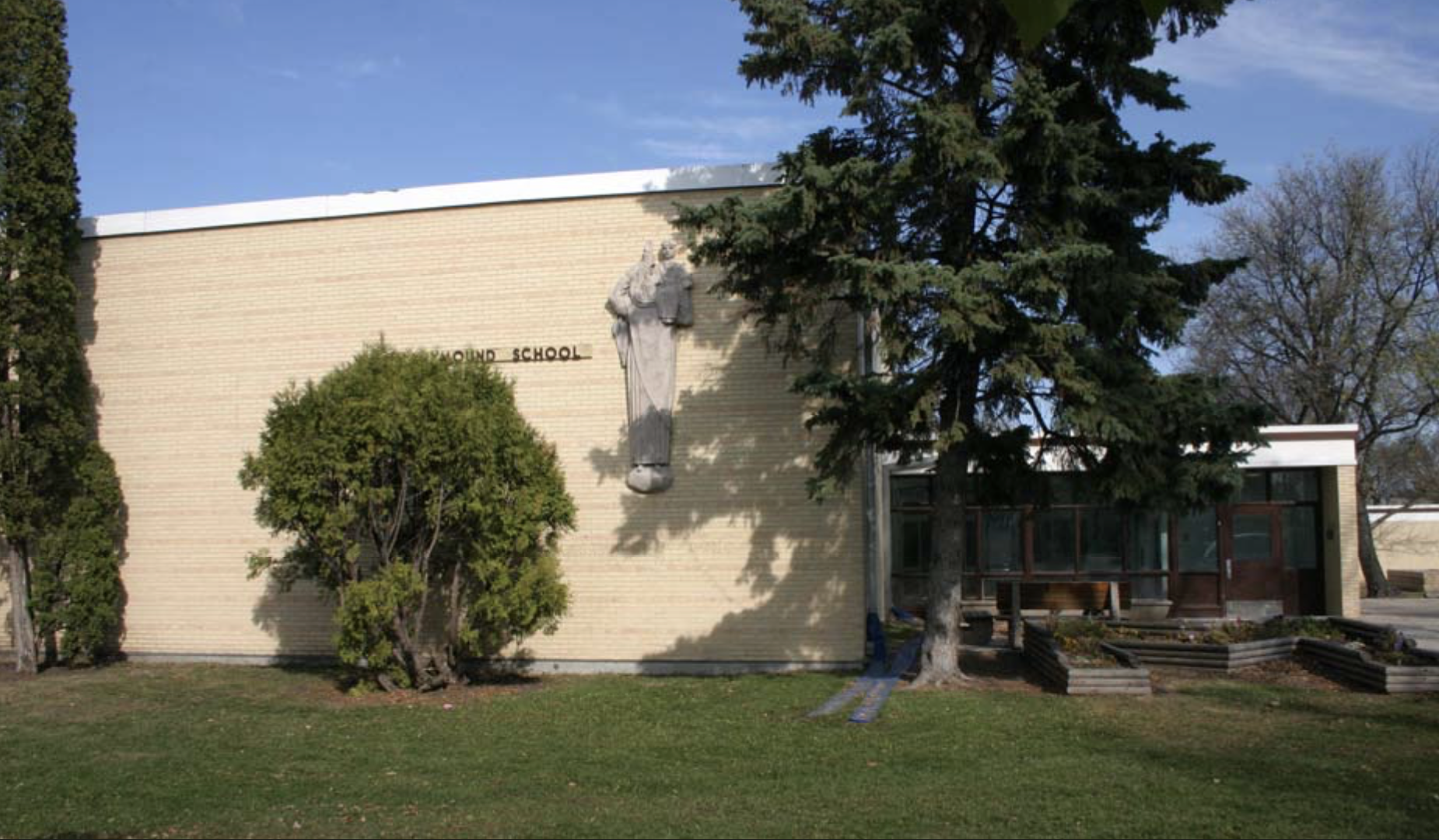 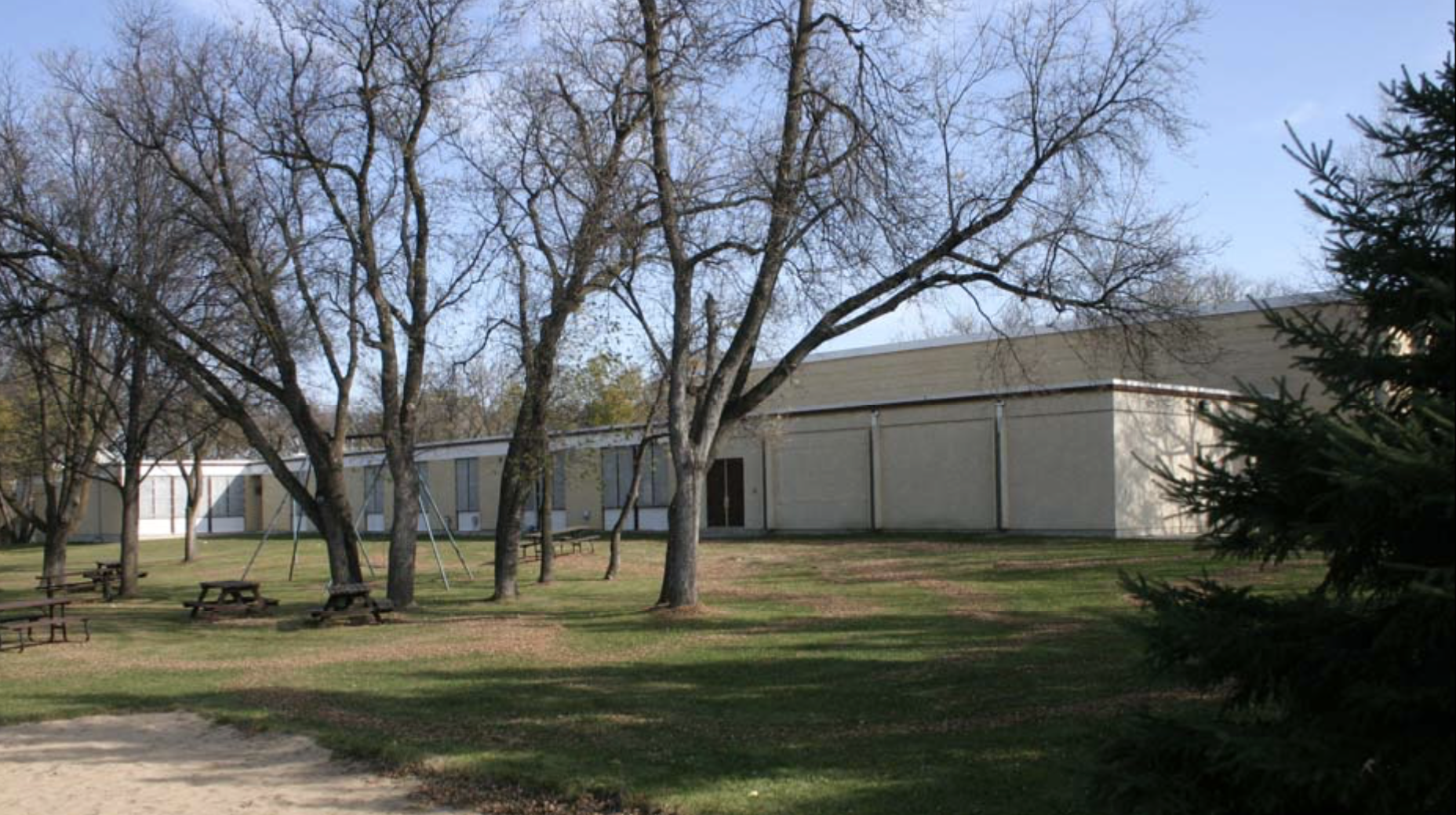 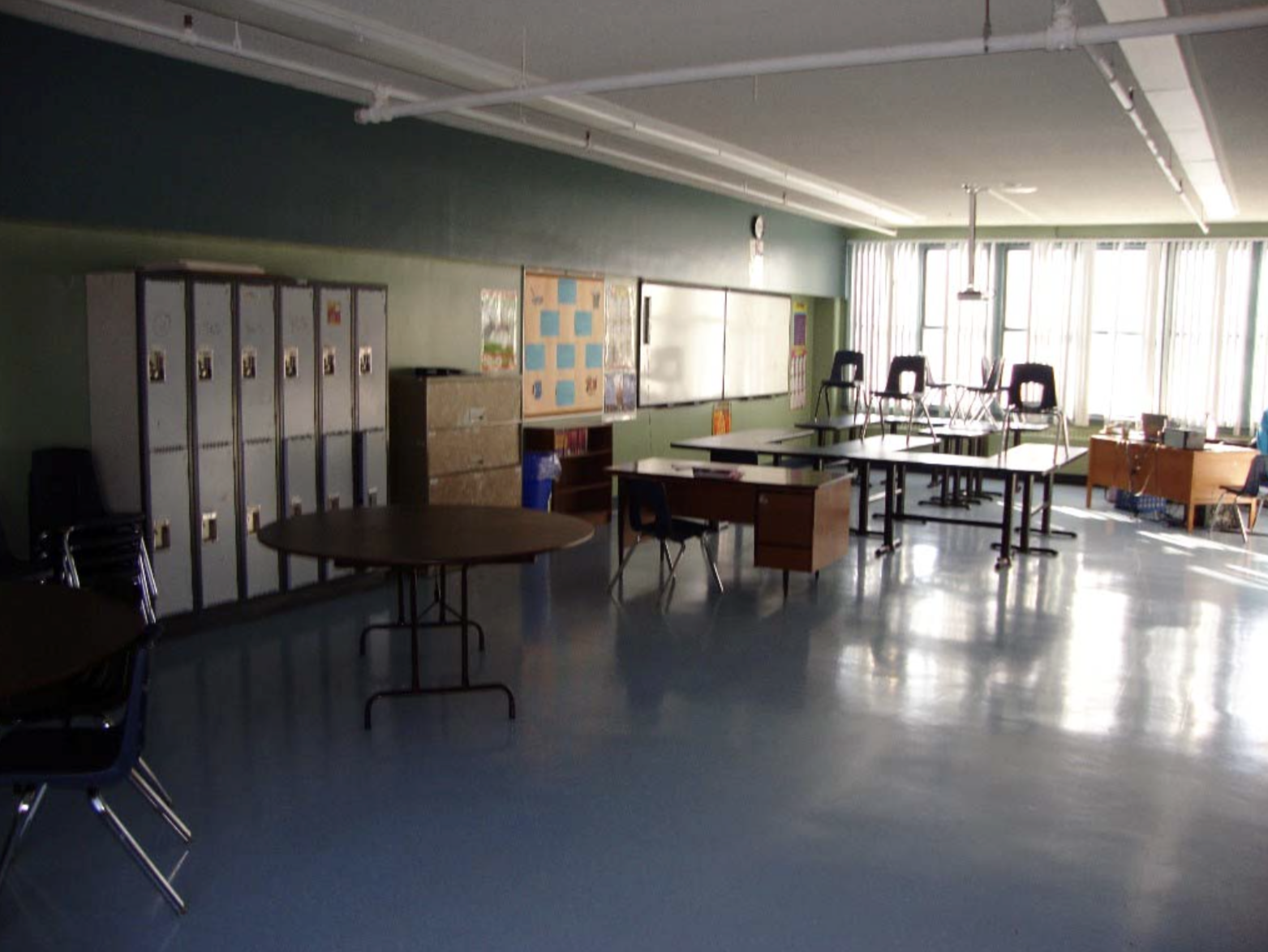 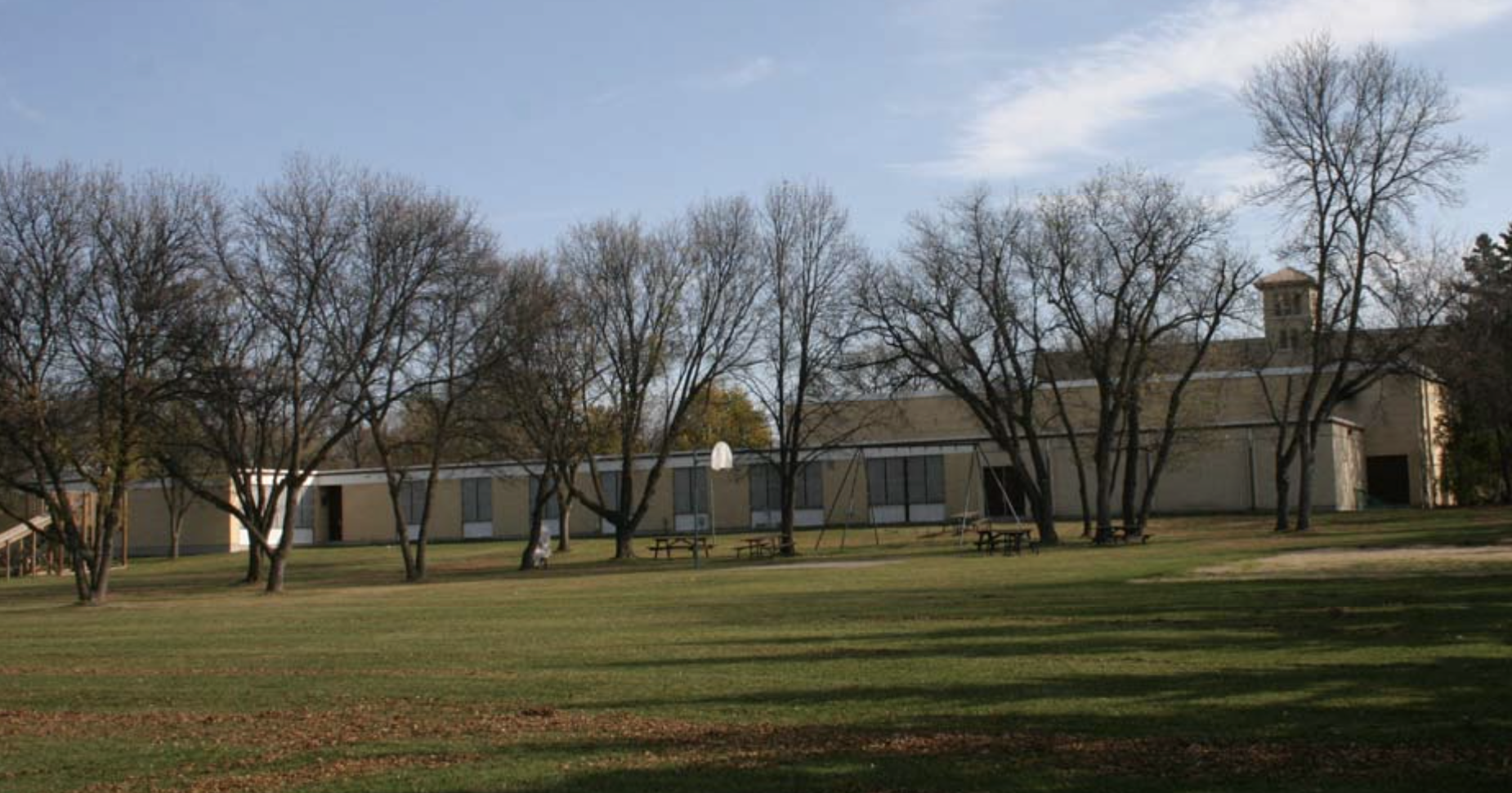 The one-storey school opened in 1956 and is an example of the International Style. Although the style dates to the early 1930s, its widespread popularity throughout Europe and North America did not occur until after 1950. The style is seen as a reaction to the historically based styles of the late nineteenth and early twentieth centuries. The age of machines created a desire for a new aesthetic, one that fully used new construction materials and technologies, especially steel framing and reinforced concrete. Architects could design buildings without the need for load-bearing exterior walls – these elements became “curtains” covering the steel/concrete structural system and could be constructed almost entirely of glass if desired. Through its use of hard, angular edges, severely plain surfaces, large areas of glass and square or rectangular modules, the style stressed material and proportionality over ornamentation.

Constructed of concrete block with a brick veneer, the Marymound School is a one-storey structure with almost 8,000 cubic feet of interior space resting on piles and 22.9 cm reinforced concrete basement walls. Reinforced concrete beams and posts are used throughout. There is an above-ground 45-metre link between the new school and the Priory School.

As originally built in the 1950s, the modern school featured offices in the east portion, a 16.2 x 29.6 metre auditorium to the west and classrooms and a dormitory along the front. The main alteration to the space was the conversion of the dormitories into more classroom space.