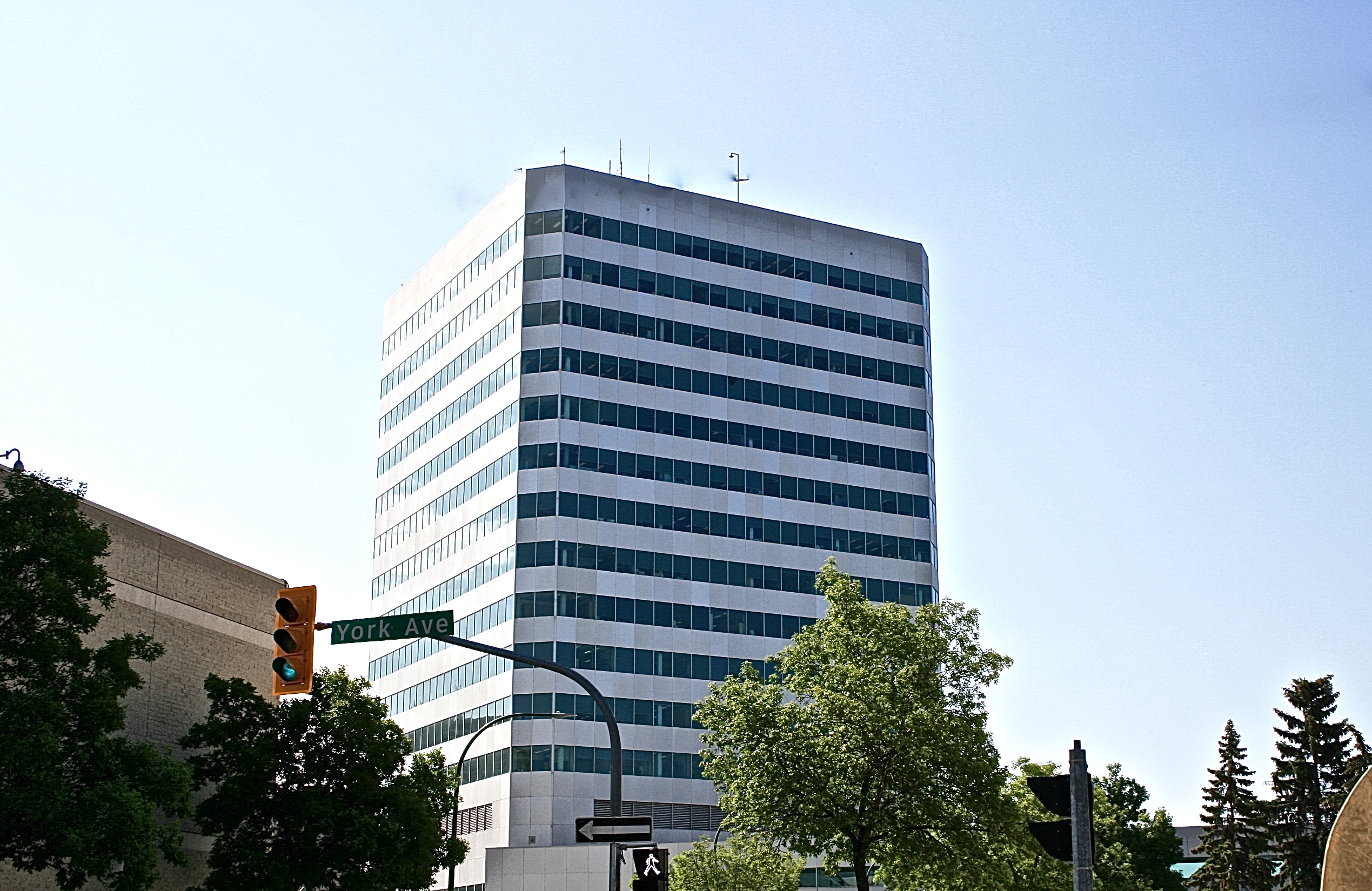 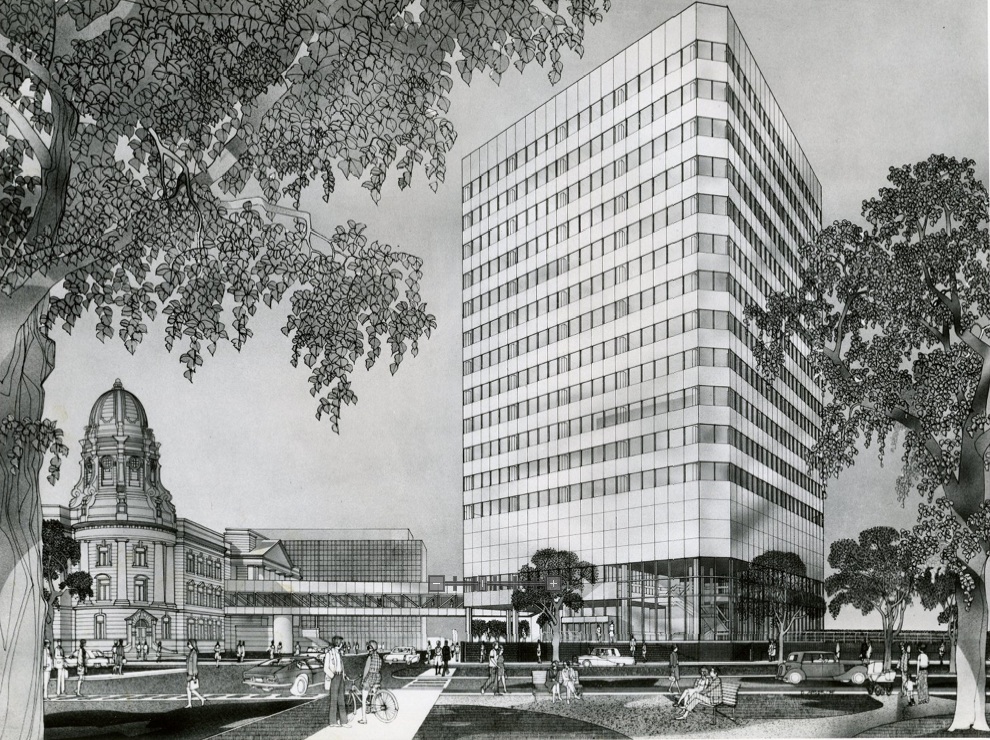 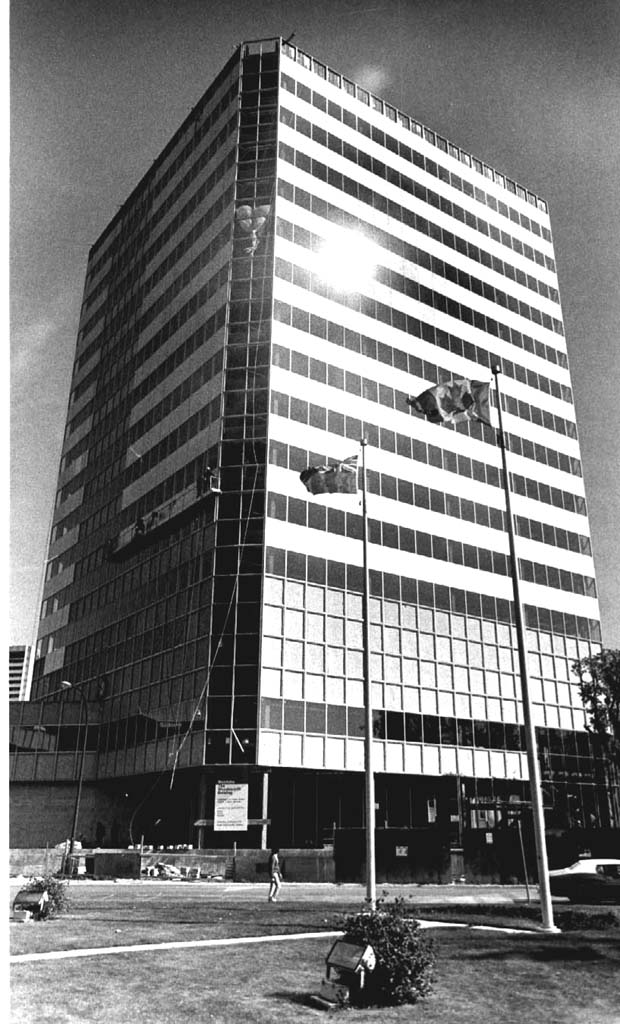 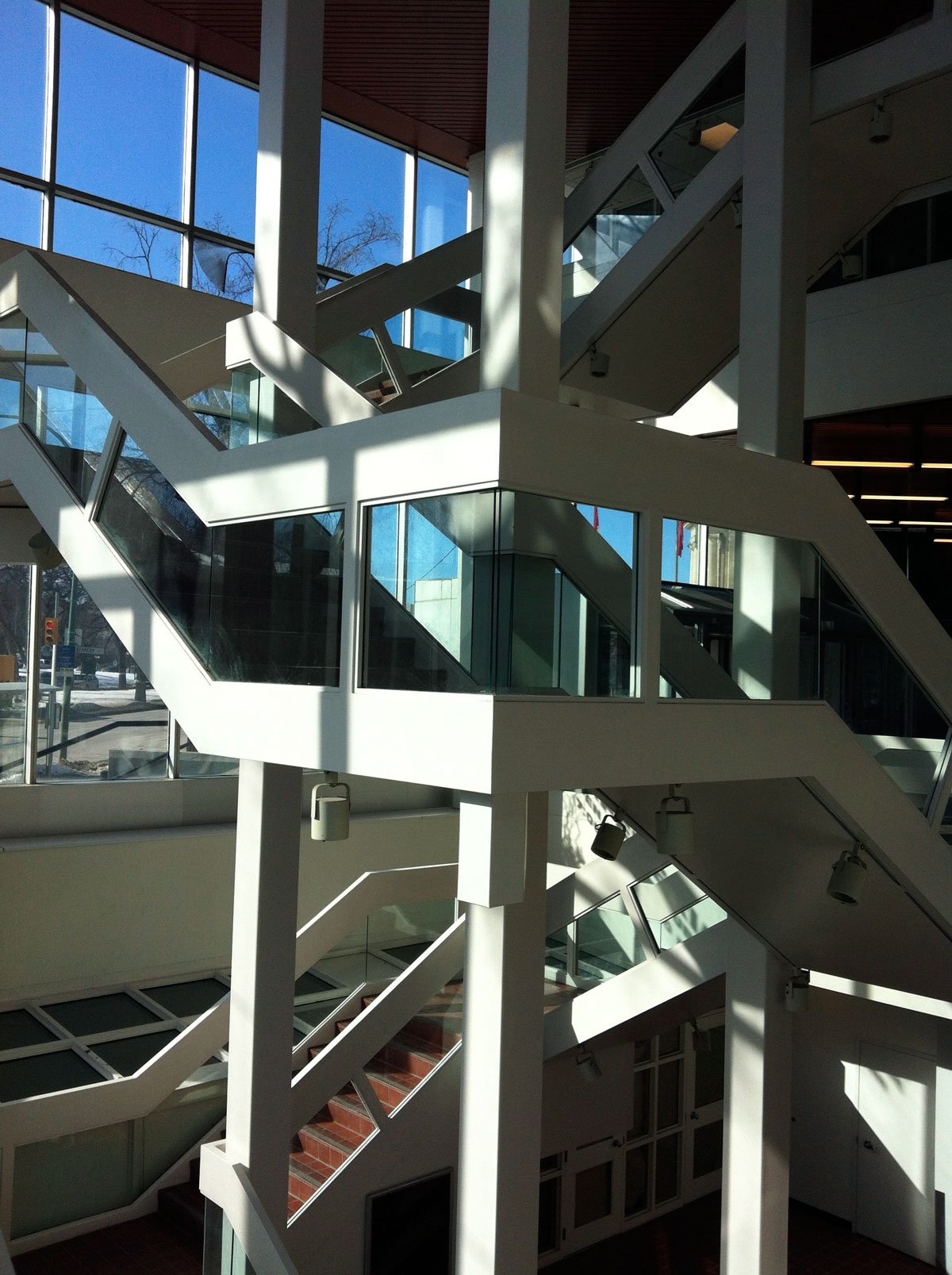 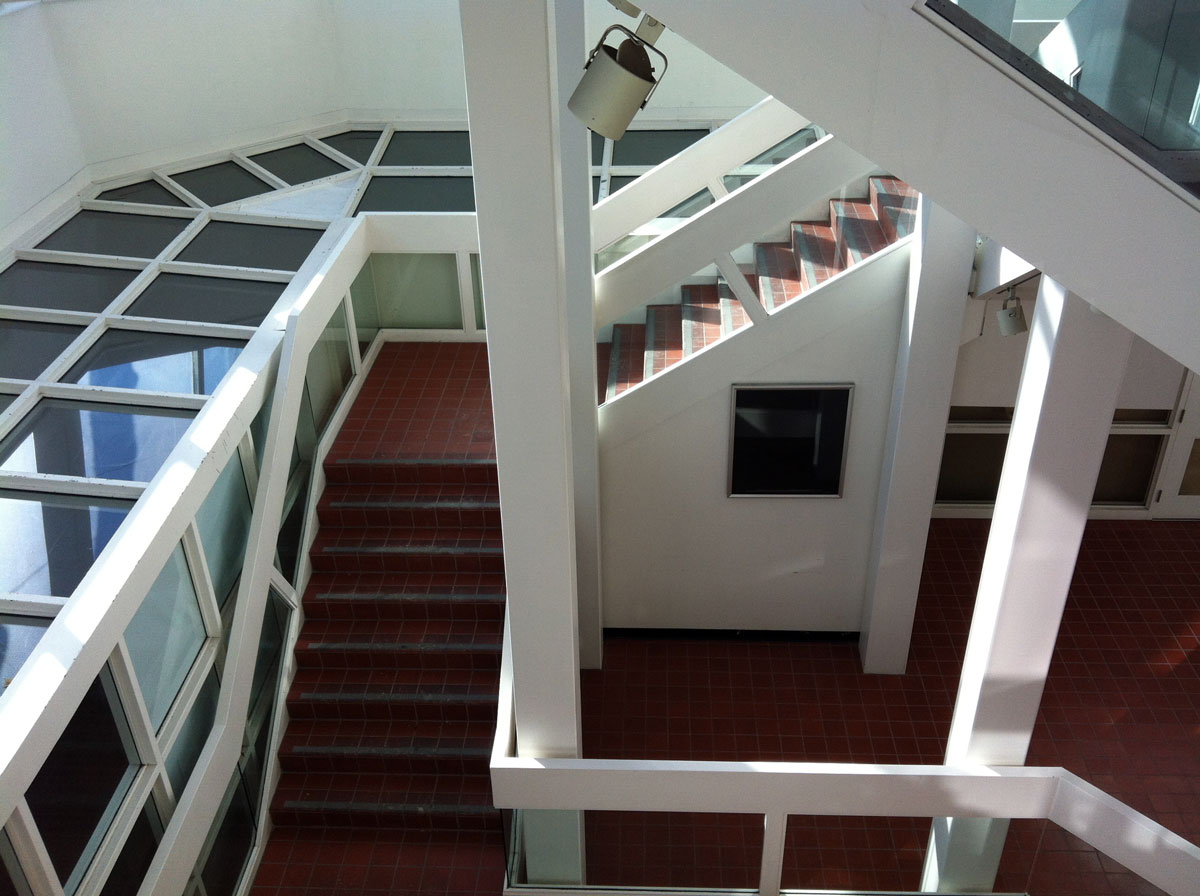 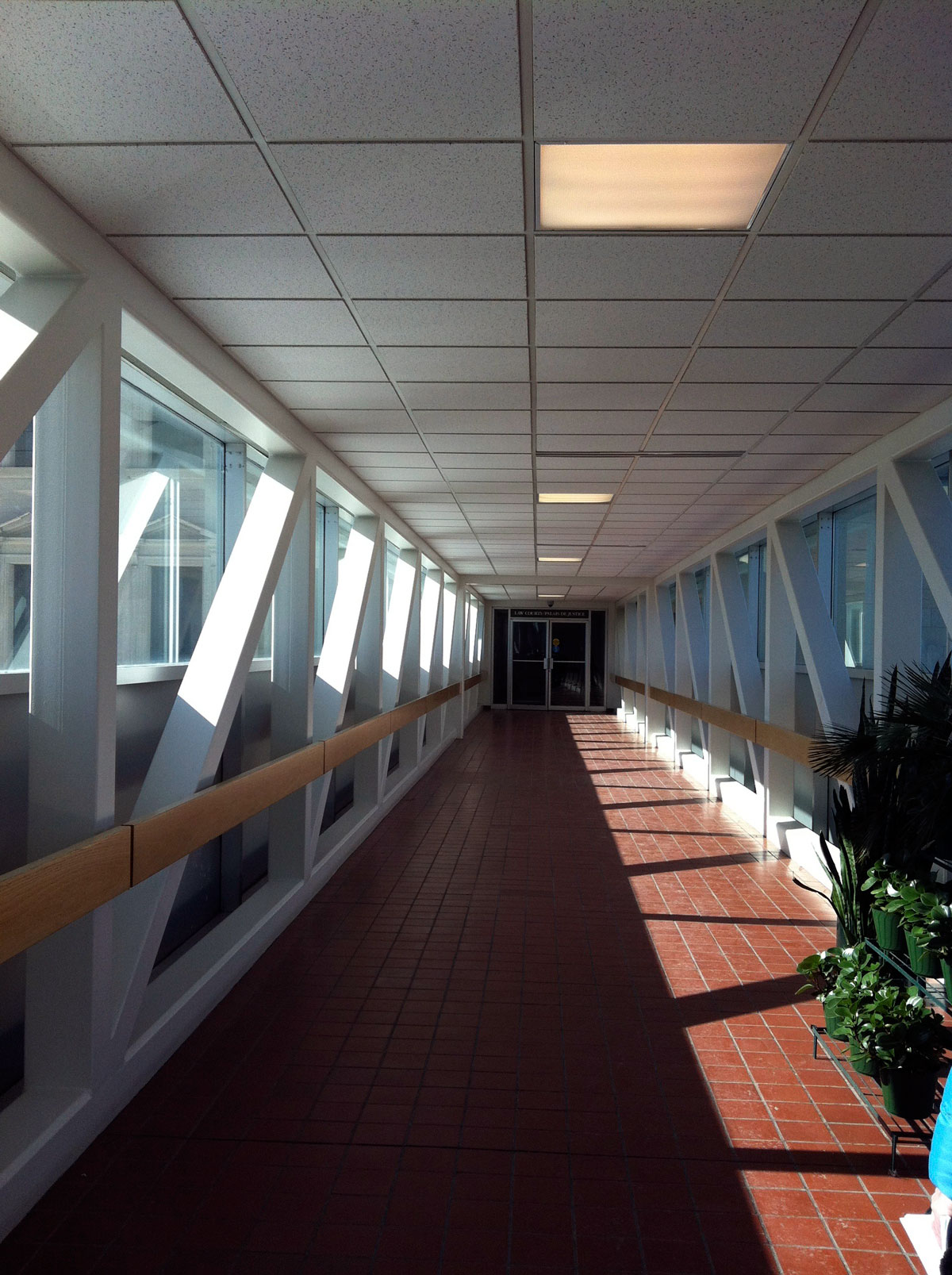 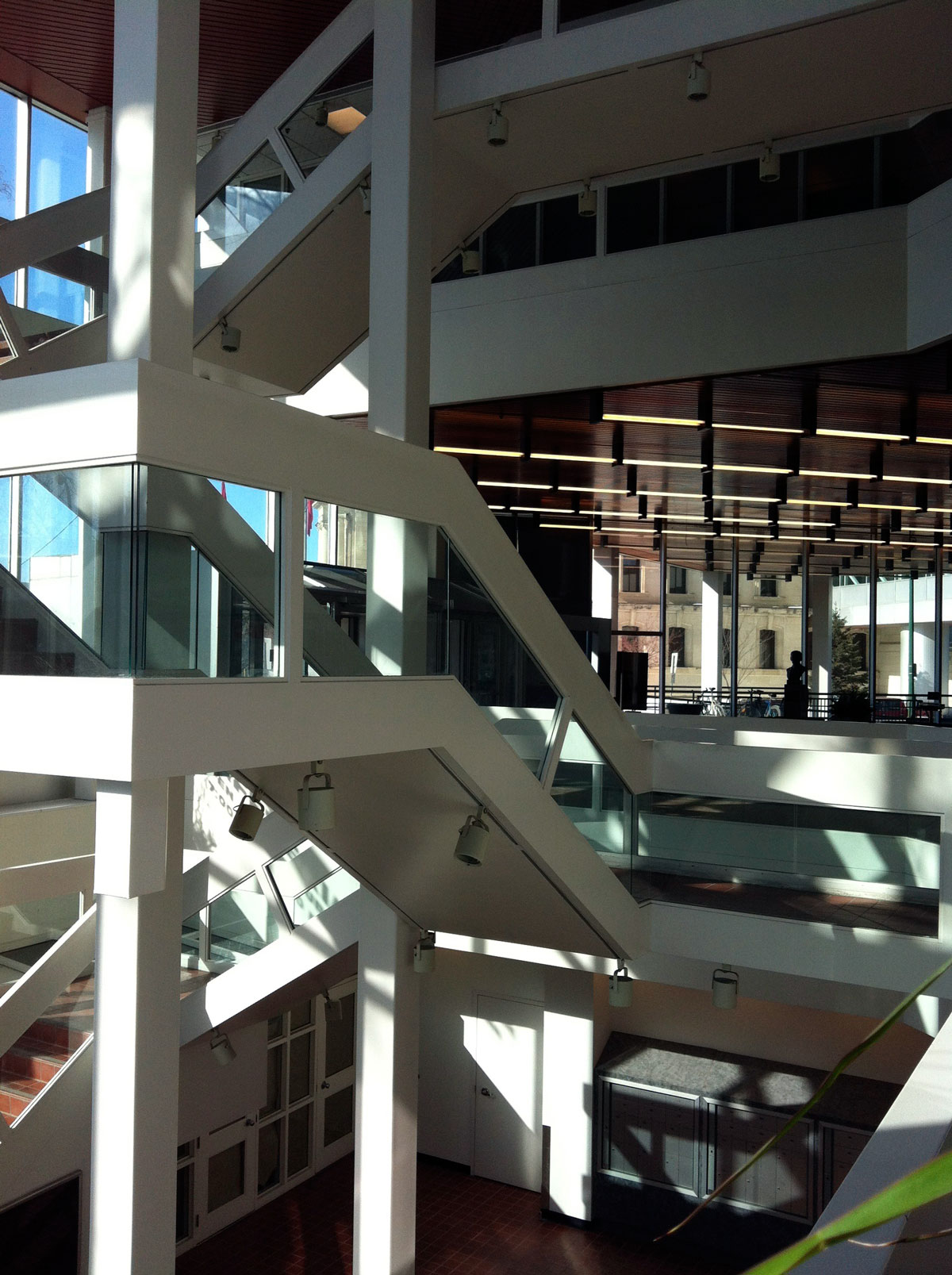 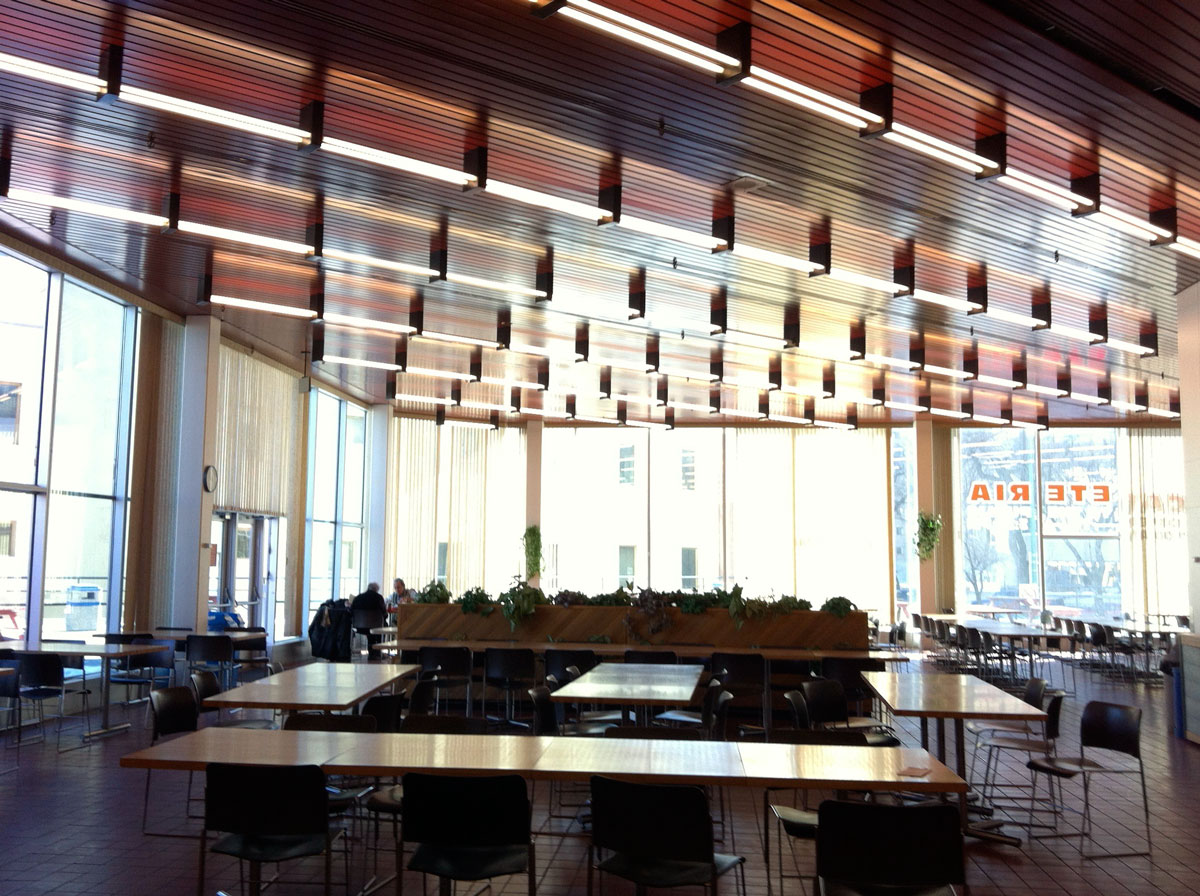 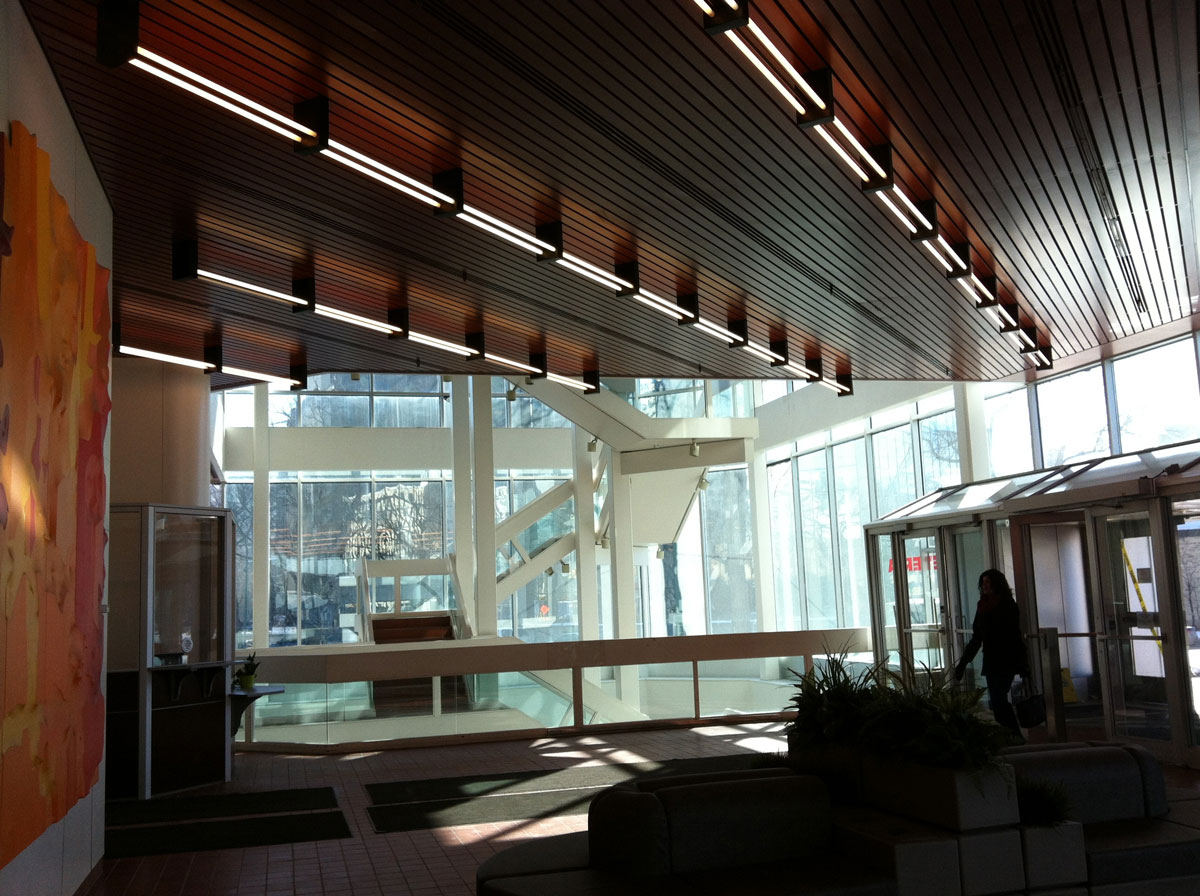 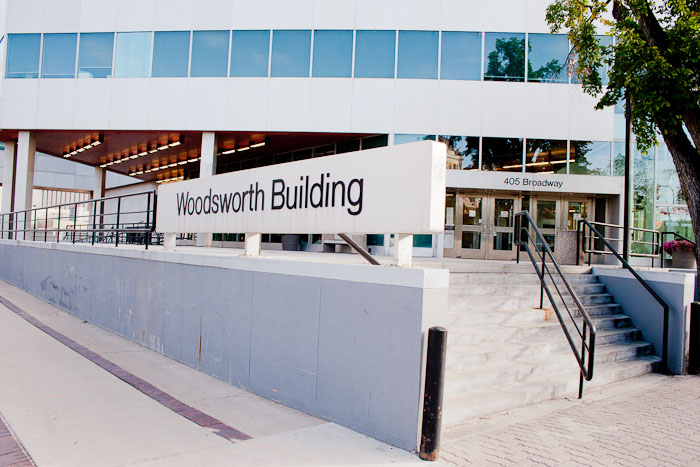 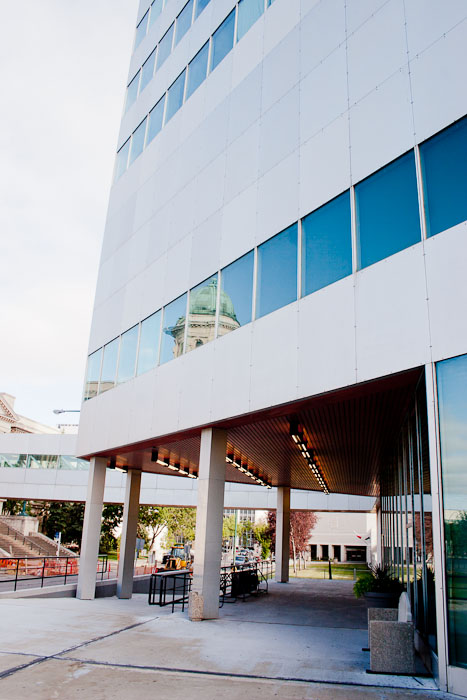 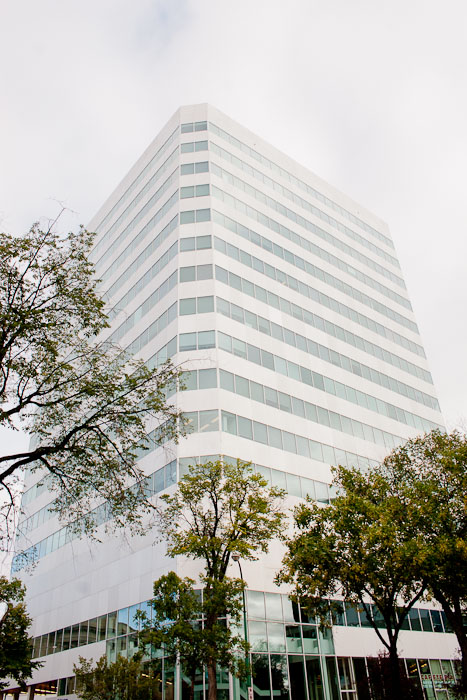 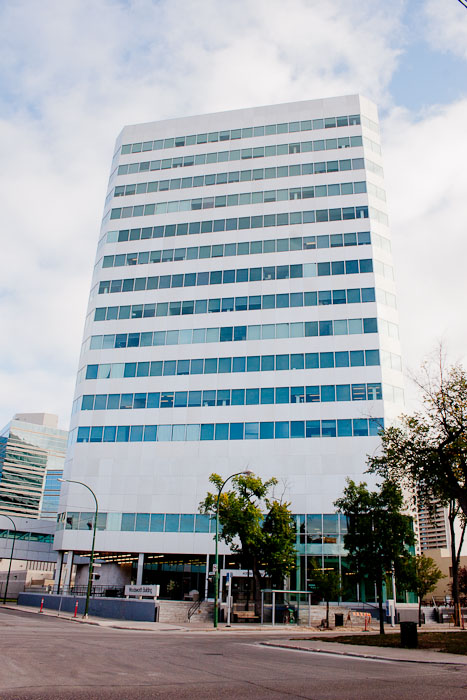 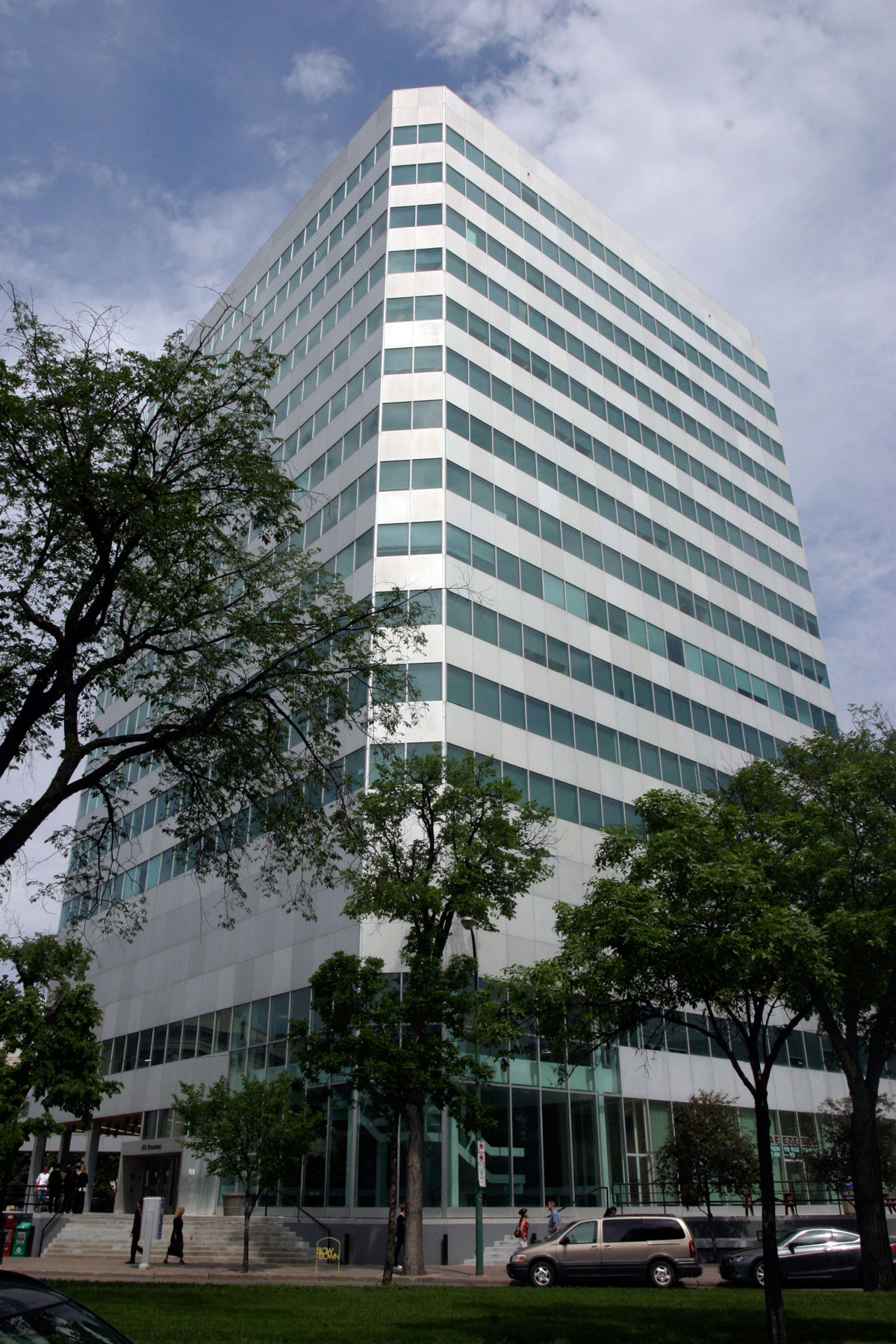 405 Broadway is formally known as the Woodsworth Building. Constructed by the NDP government of Premier Ed Schreyer for use as provincial government offices, the building is named for James Shaver Woodsworth. The former Methodist minister was widely respected and honoured for his role as a Co-operative Commonwealth Federation (CCF) reformer and his dedication to social reform during his tenure in parliament, representing the federal constituency of Winnipeg North Centre from 1921 to 1942. A sculpted bust of J.S. Woodsworth, by artist Leo Mol, is located on the main floor of the building, which was officially dedicated to Woodsworth’s honour on 29 July 1974, the 100th anniversary of his birth. Colourful artwork can be found within the building by Winnipeg artist Bruce Head. His work contrasts the steel and glass make up of the building and offers a little more colour.

Initially designed to be fifteen storeys, and a landmark on Broadway by nature of scale as well as design, the building is uniquely angled on its lot to face the Provincial Legislature. The building is finished on all four sides in sea-green glass and silver spandrel panels, with each corner segmented to soften the angle. The entryway is inset on the southwest corner, while the southeast corner comes right to grade in green glass, inviting passersby to the large public cafeteria inside.

Of historical interest is the civic debate over the tower’s height, as legislators had proposed a maximum building height for the area, thirteen storeys. Eventually, construction was allowed to go ahead with the proposed height.

The overpass across Kennedy Street to the Law Courts Building was constructed in 1974. There was considerable criticism at the time as the contemporary skywalk had a very negative impact on the historic Law Courts Building. Originally the connection was to be underground but sadly the cheaper alternative was chosen.