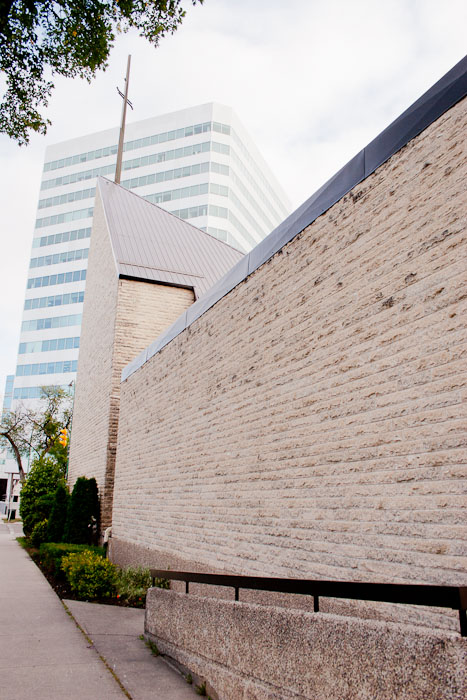 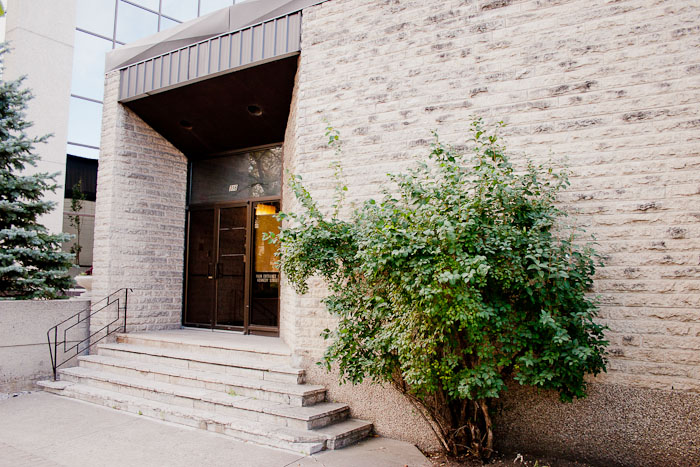 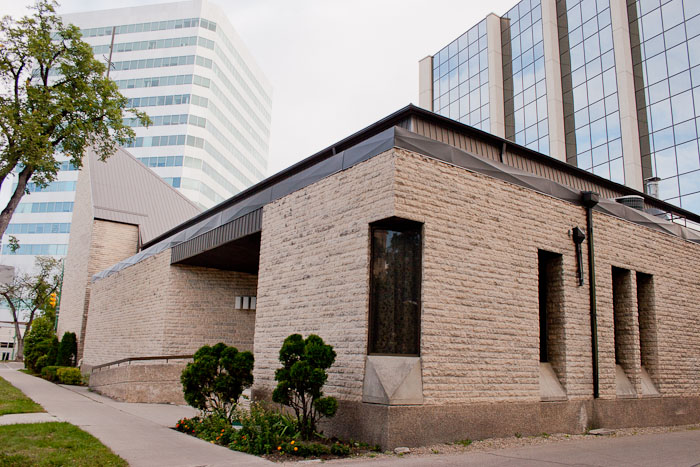 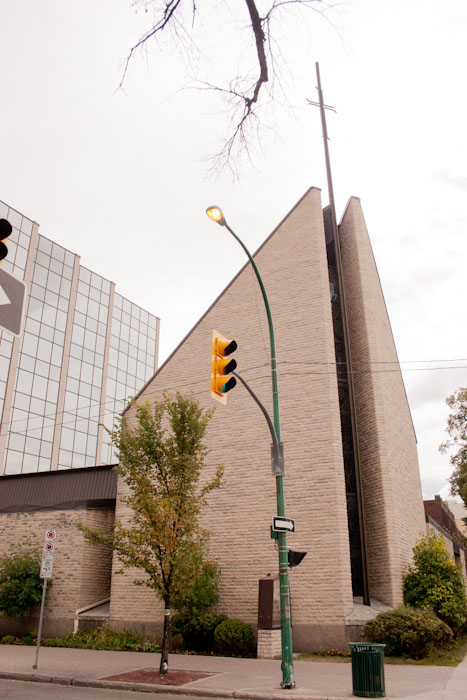 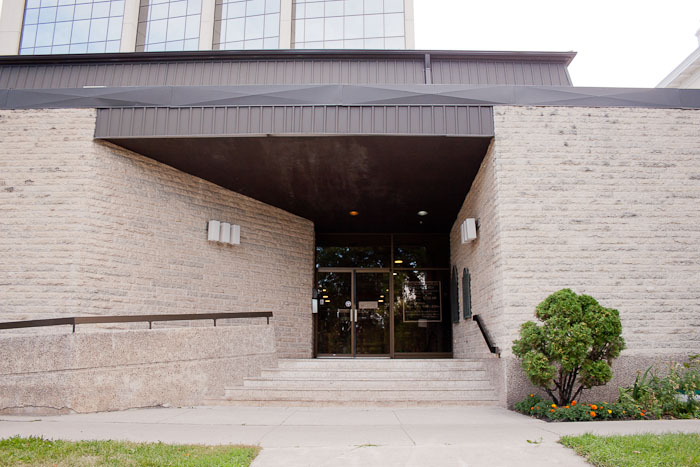 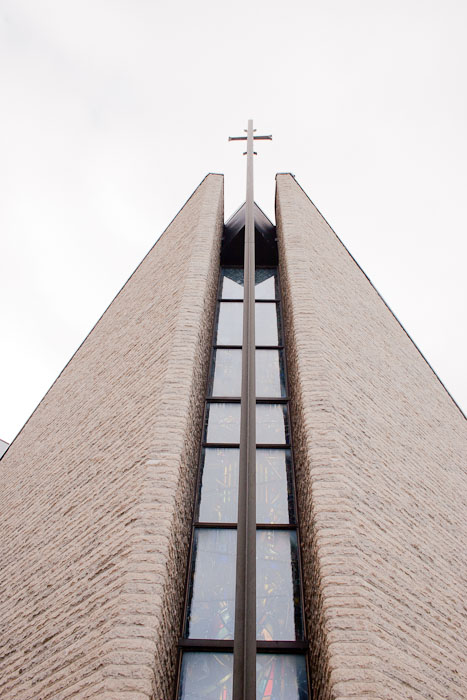 Architect James Christie, of the firm Moody Moore and Partners designed the St. Stephen’s Broadway Church to resemble the prow of a great ship, rising to the northwest. Accenting 'the prow' is a 43 foot high stained glass window by Western Art Glass of Winnipeg, depicting the visual narrative of the church's history. In 1968 the church was consumed by fire, this is shown in vivid oranges and reds in an image in the lowest panel of the window.

The church is modestly sized (80 x 122 feet), with two single story recessed entrances on both the Broadway side (to the sanctuary) and on the Kennedy Street elevation (with access to the hall). The facade is finished in limestone, set in narrow courses with deeply set glazing.

Churches of this era were planned to be multifunctional, and St. Stephen’s demonstrates this. It has a modern open plan with partition walls dividing the space to accommodate a range of events. A portion of the seating within the nave is also moveable. The basement contains an auditorium, music library, classrooms, kitchen and nursery. An elevator, daycare and facilities for a program to serve adolescent parents were added in 1985.