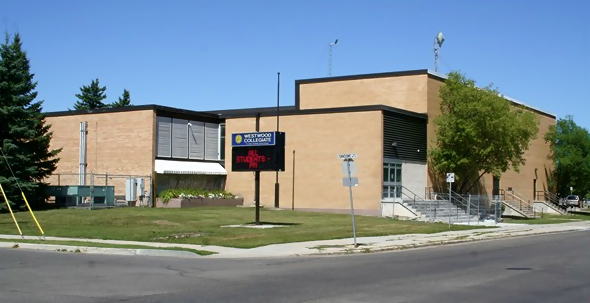 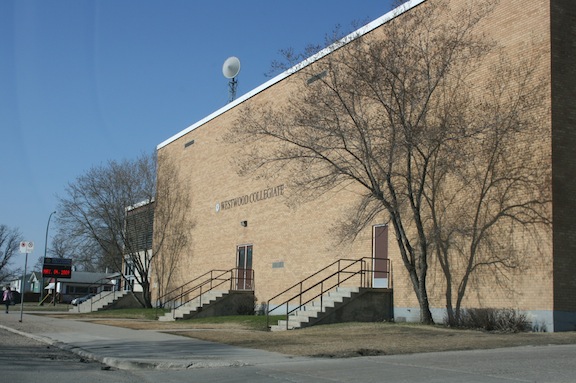 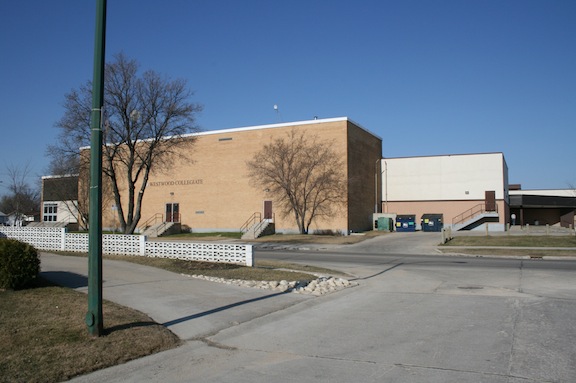 Westwood Collegiate serves as the neighbourhood high school, sharing a large site with two other schools and a community club and arena. Although the original section of the building is clearly much older than its newer parts, care and respect were used in the latter designs so the school looks to have grown organically from its source as it turns a corner and then marches across the site to the rear.

The 1960 south-facing facade meets the street in double banks of windows set beneath shade slats, all of which are original. The rest of the walls are finished in a light brown face brick over a wood and steel frame, with some stucco trim.

The 1965 section of the school holds its first gym; the newer 1973 section continues the brick with a pale band at the top. This is a new auditorium and stage, enhanced shops and lab space, mainly in the rear. A central courtyard was added later in the centre creating a quadrangle that still survives.