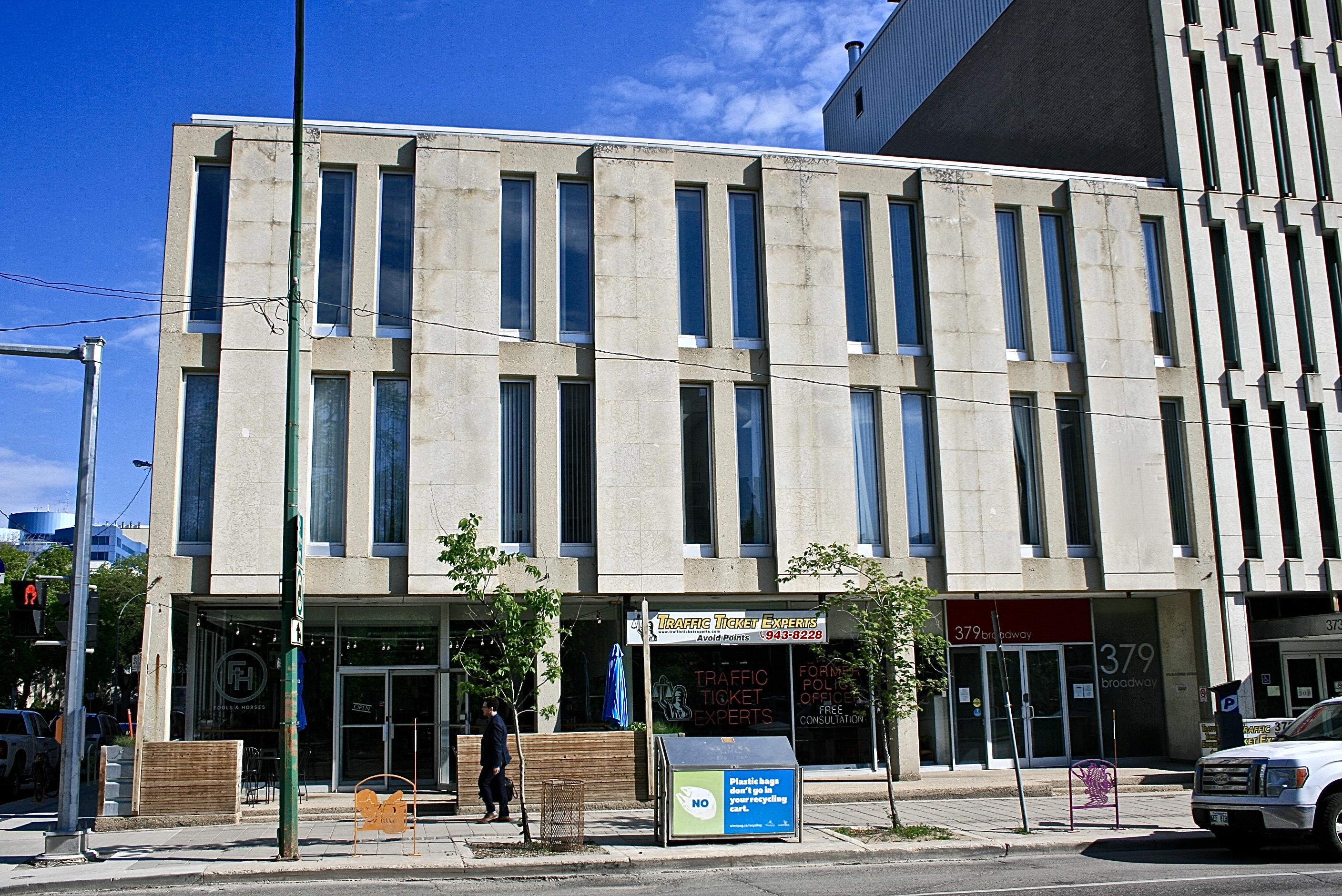 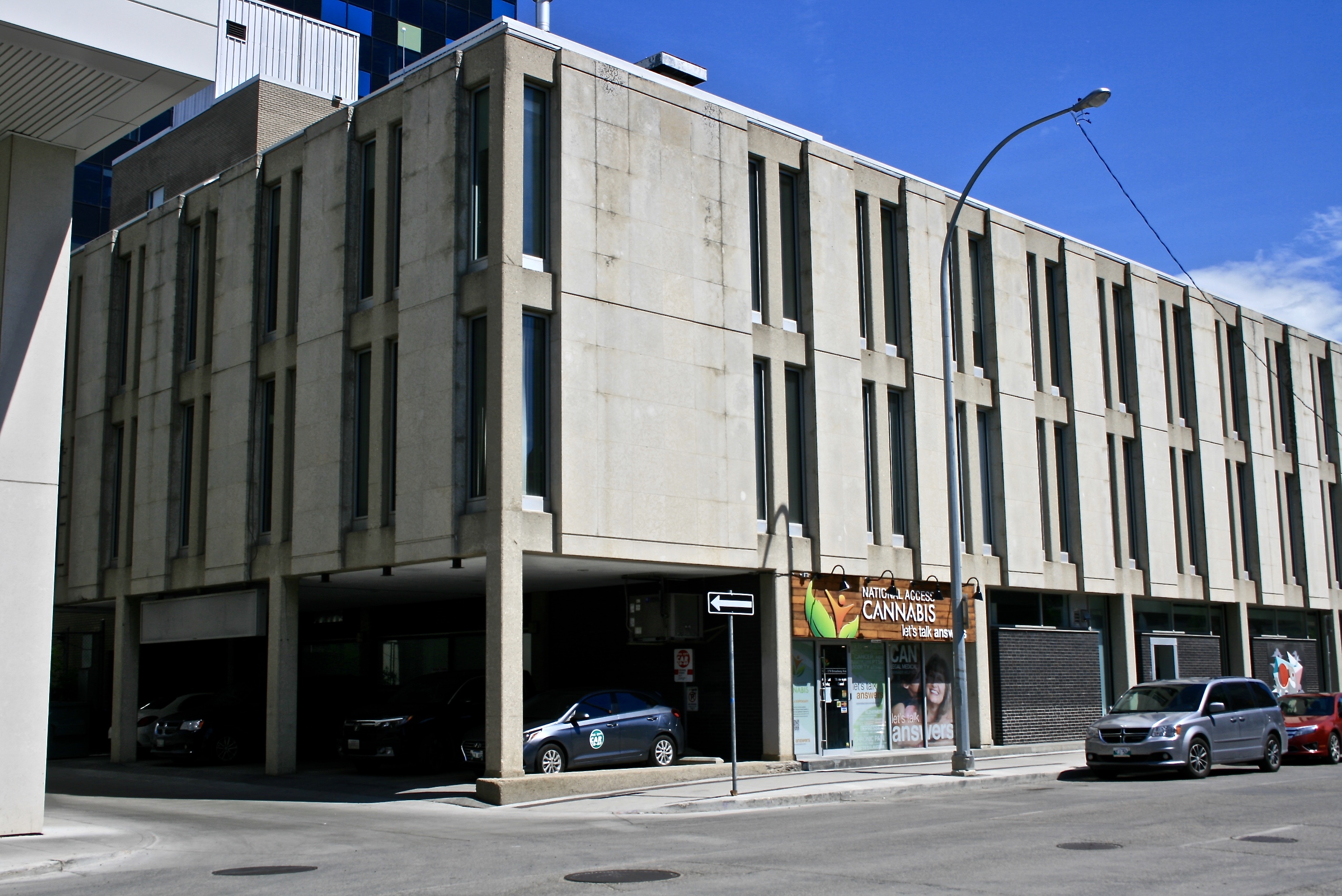 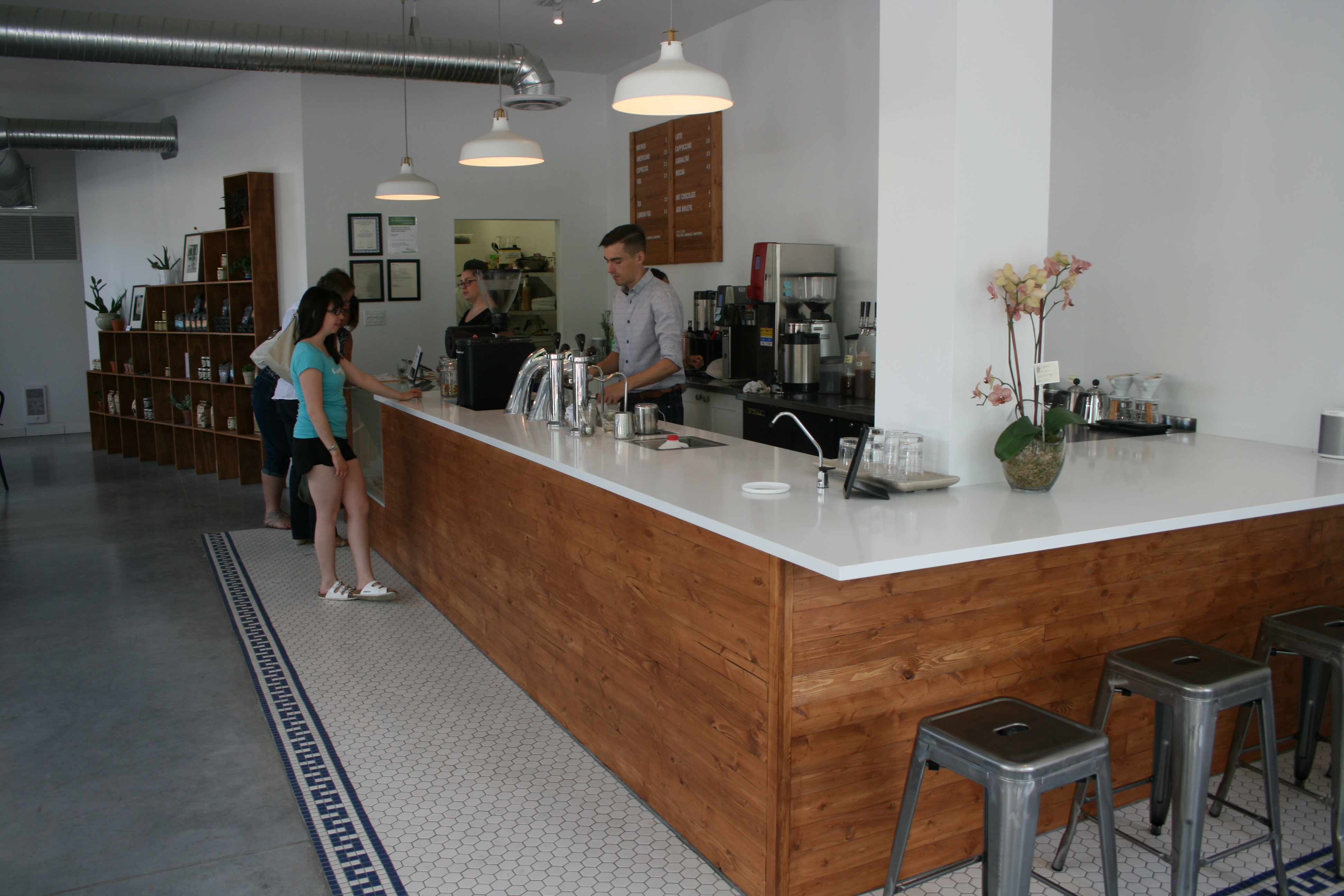 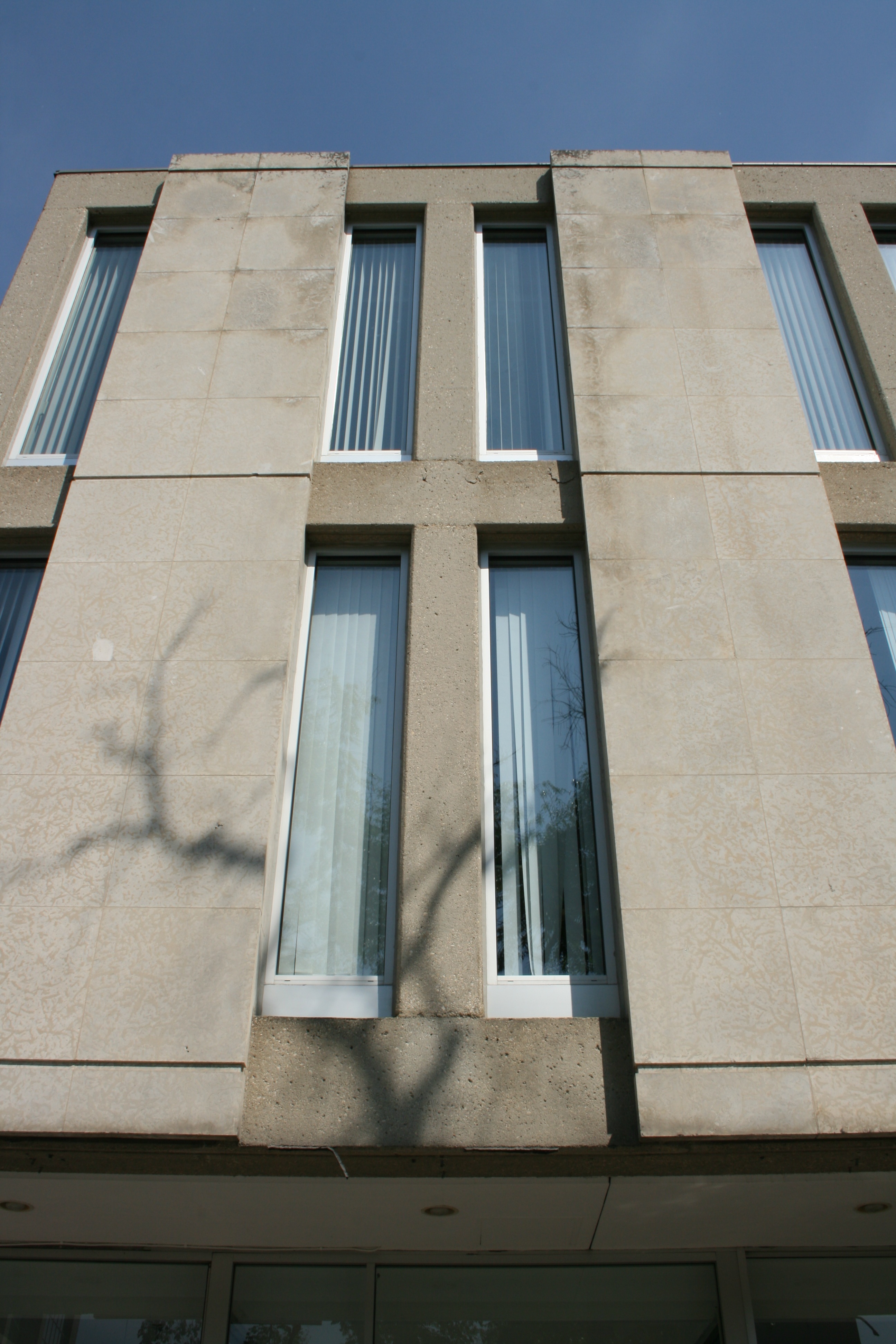 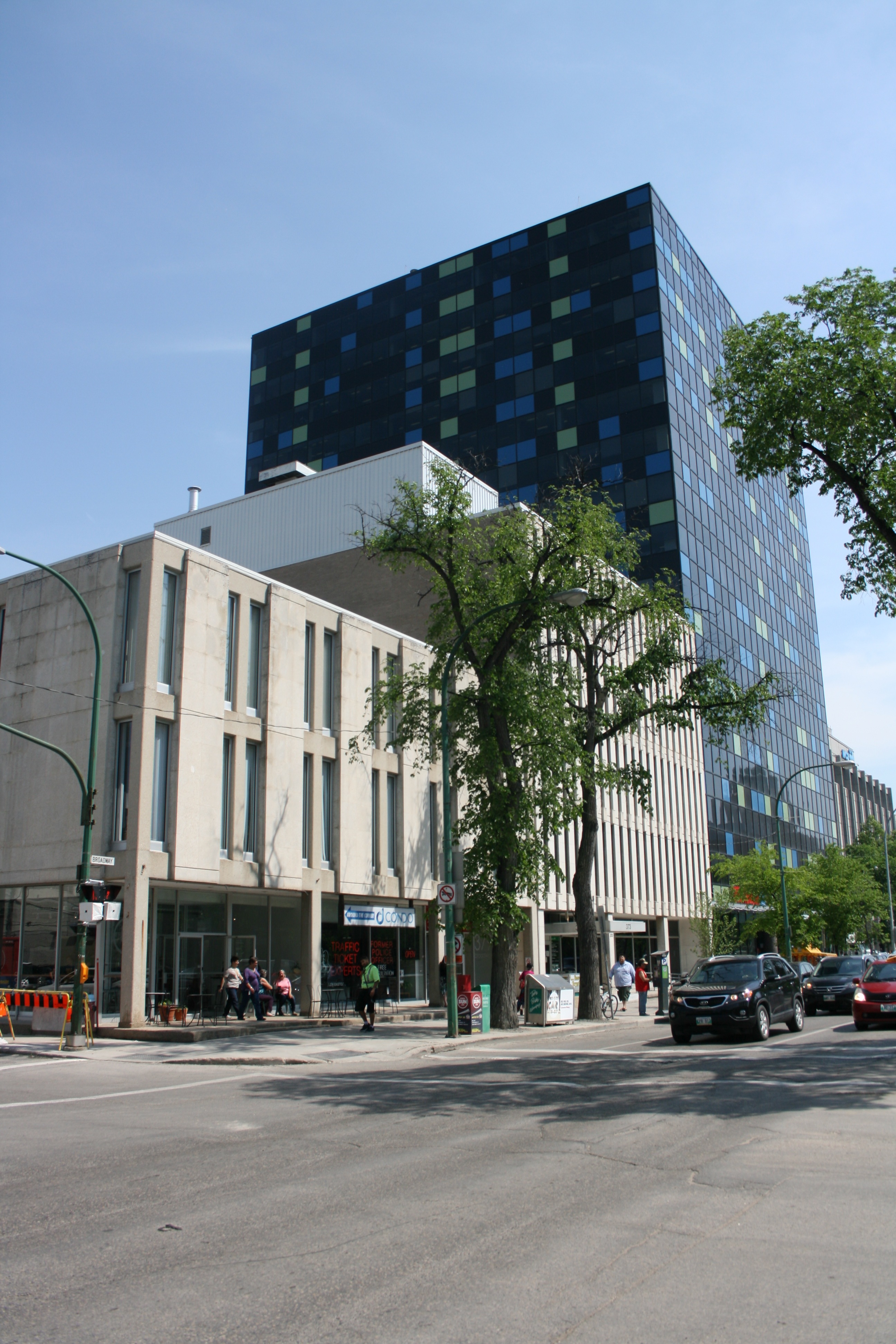 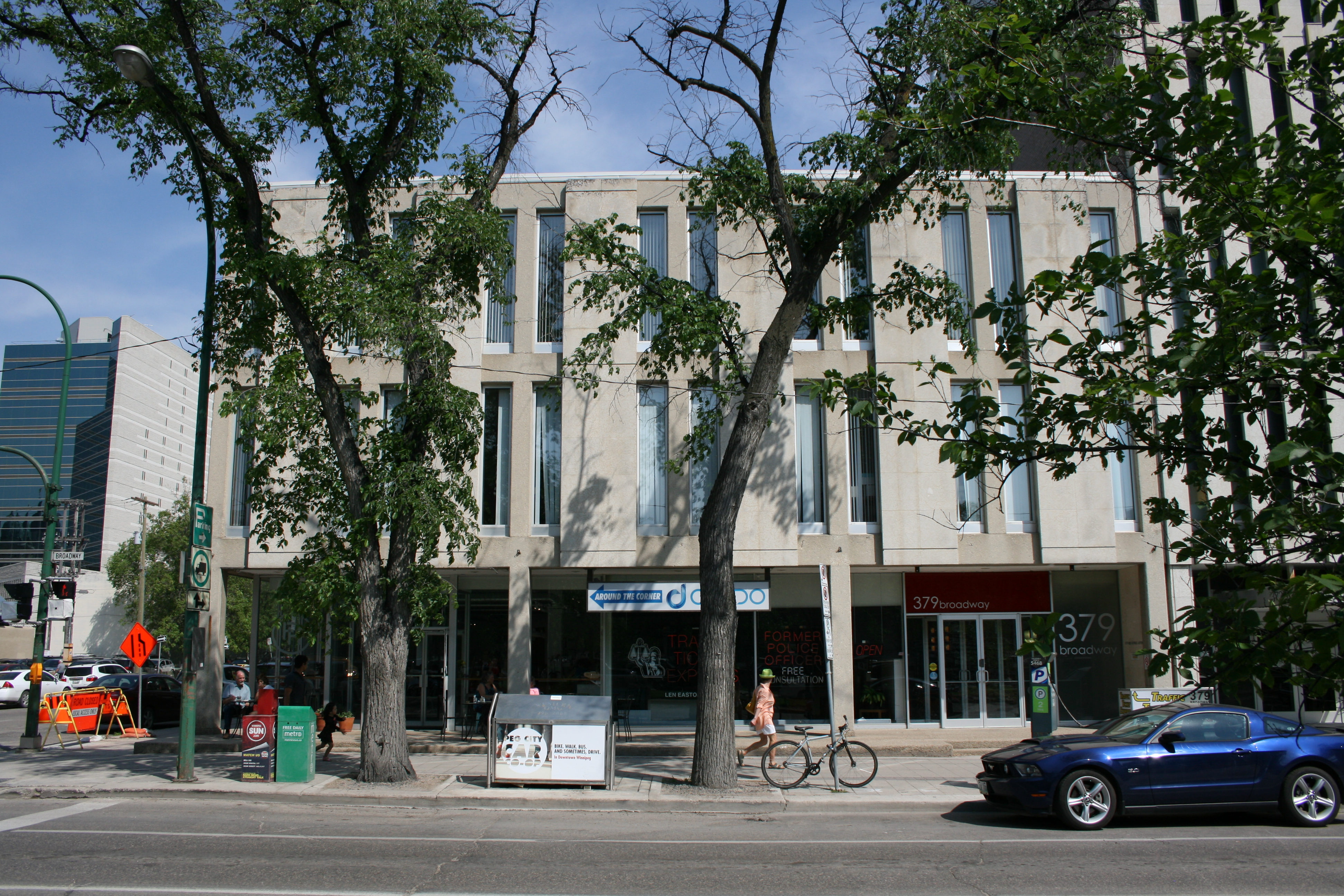 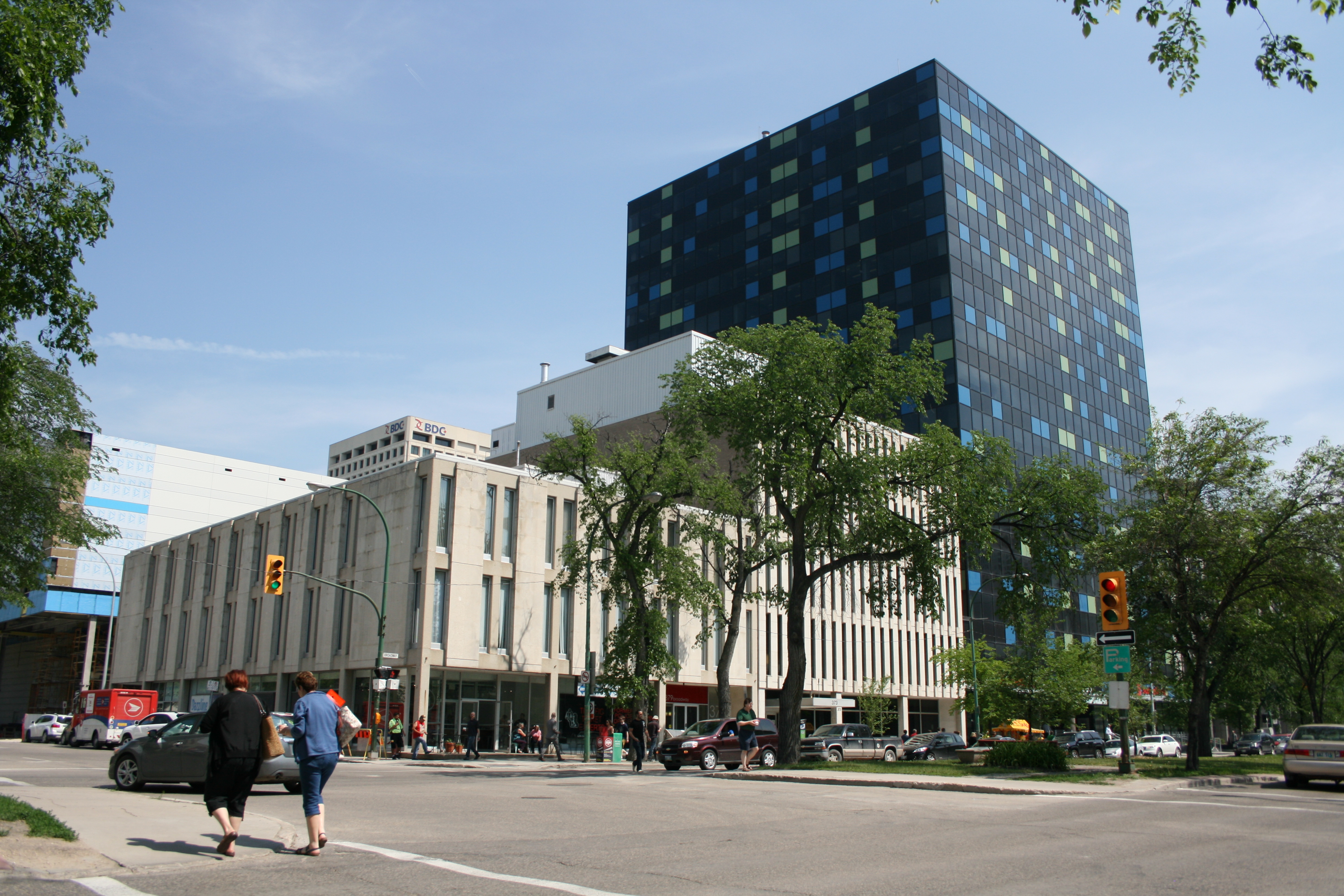 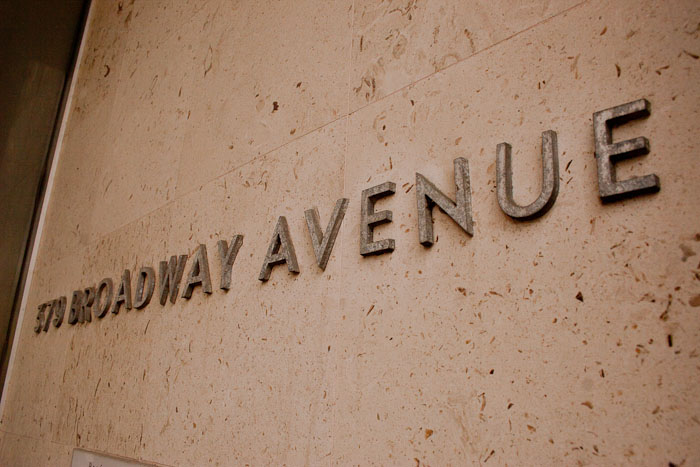 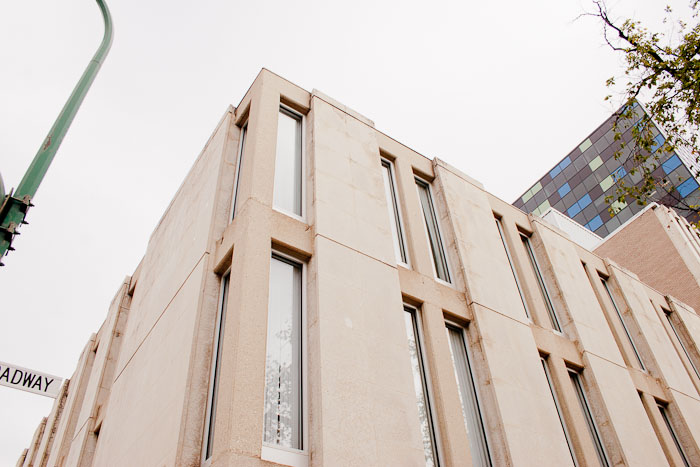 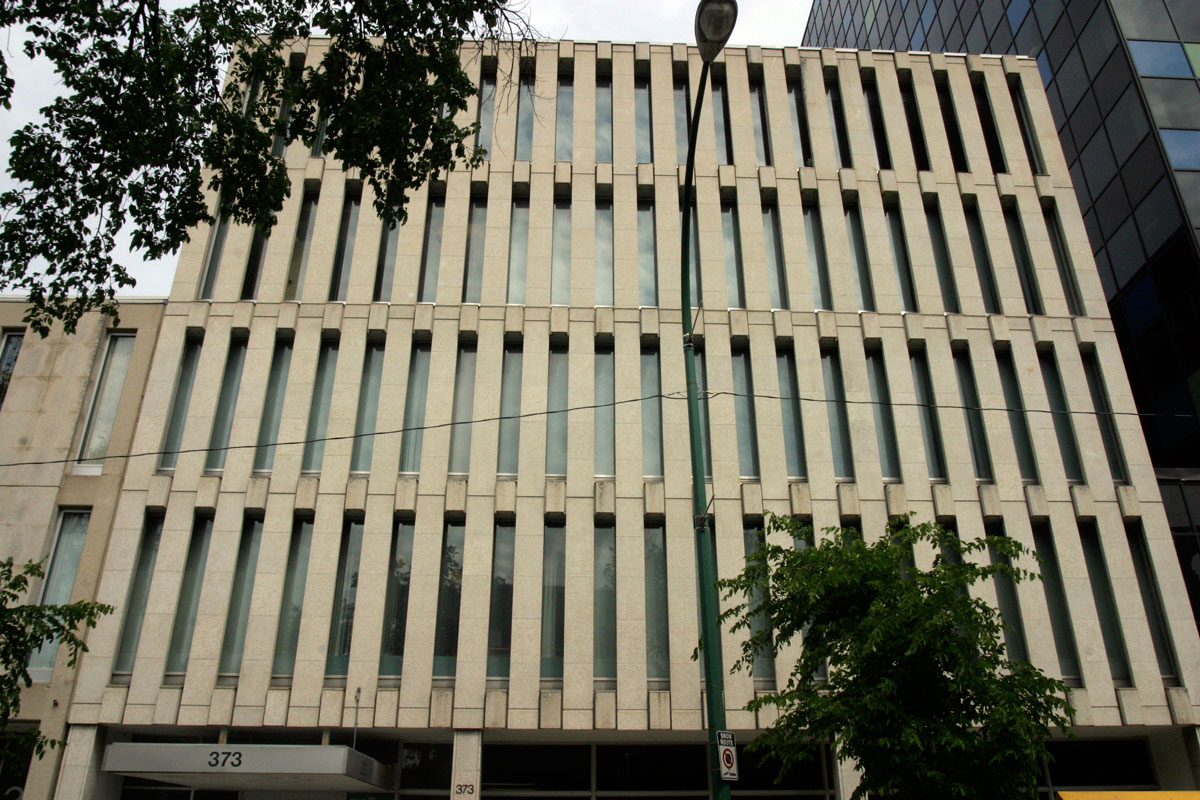 Designed by Waisman Ross and Associates, 379 Broadway was constructed in 1961. Now referred to as Imperial House, Imperial Oil, Canada’s largest oil company and one of the nation’s biggest businesses, originally developed the property for use as a head office. The company remained the anchor tenant in the building from 1961 to 1981. Chronologically, this is the second of the four Waisman Ross designed and Metropolitan Estate and Property Corporation (MEPC) developed properties constructed in the early 1960s. Clustered in the blocks of Carlton Street to Edmonton Street, these buildings were formative in the development of the architectural aesthetic of the strip and had a significant impact on the state of business development in the area.

Imperial House was clearly designed by the architects to correspond visually with 373 Broadway, the IBM Building recently completed next door. Both structures have long narrow windows with vertical limestone panels between the pairs of windows. While two storeys were eventually added to the IBM building, the Imperial House remains a rather squat, two-storey structure. However, two features of the building are unique: first, at the rear, the building is cut away on the ground floor to allow for parking underneath the overhang; second, the building was constructed with no basement – there is only a crawlspace beneath the building.