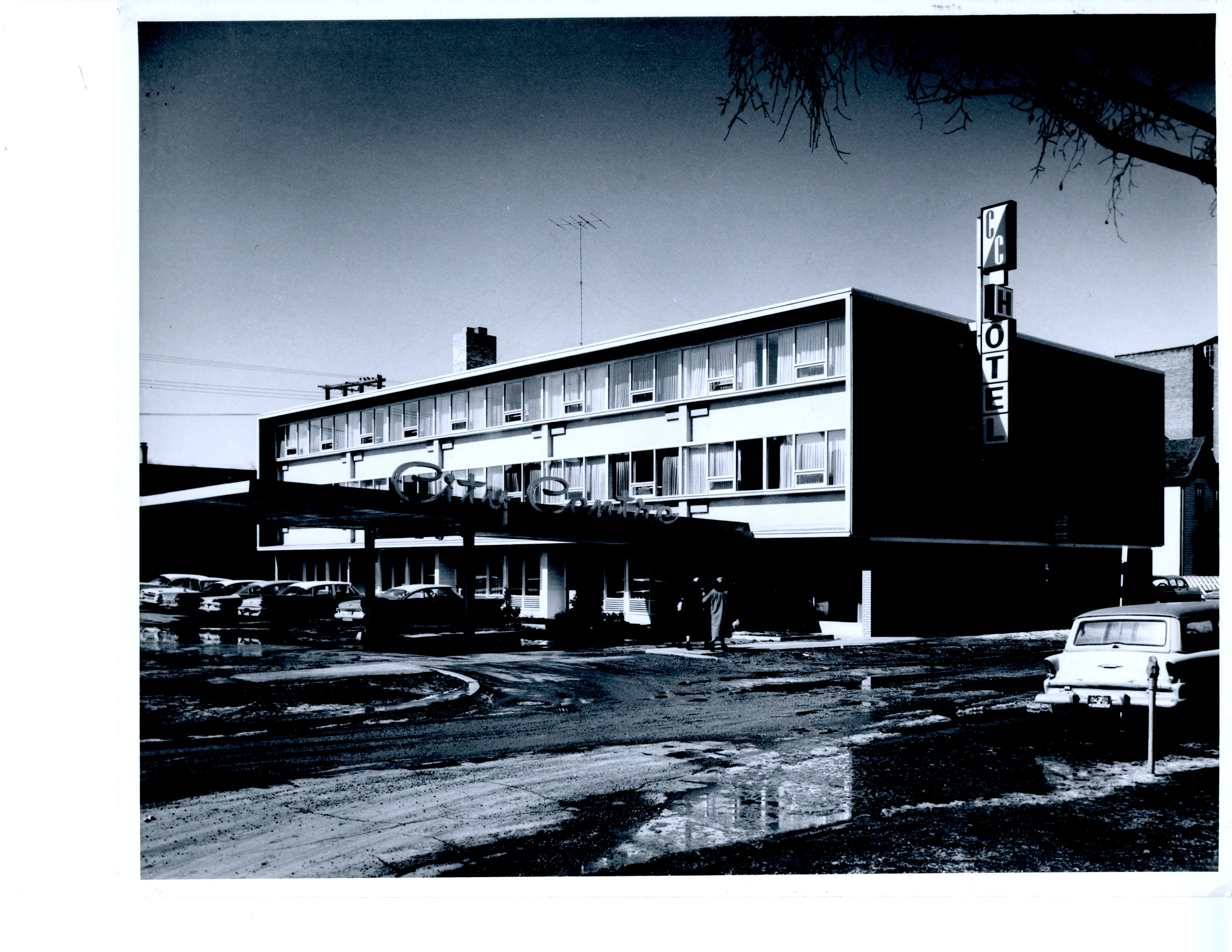 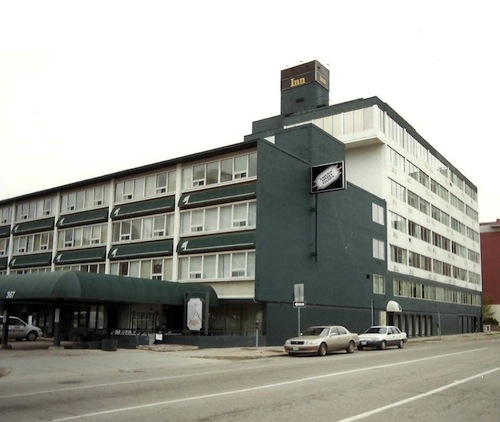 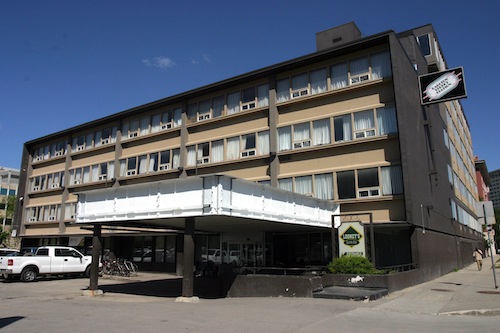 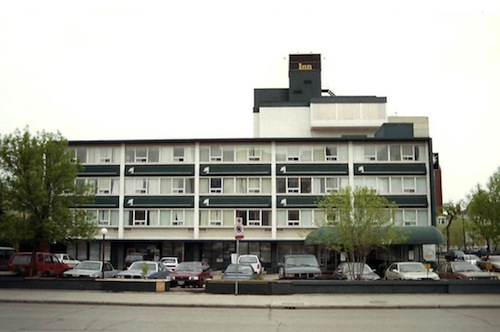 Originally the City Centre Hotel, 367 Ellice Avenue was designed by local architectural firm Waisman Ross and Associates. It was constructed between 1958 and 1959. The fourth floor, planned only as a possibility in the original design, was needed to provide additional space almost immediately. It was also designed by Waisman Ross and Associates. The addition was not intended to significantly alter the original aesthetic of the motel, whose box-like units stack in a clear expression of their corresponding interior space, each with three long windows and an operable transom at the base of the centre window.

When it opened in 1959, the City Centre Motor Hotel was the city’s first triple-decker motel, offering the privacy of a motel with the convenience of a hotel. Original facilities included parking space for 70 cars, a coffee shop, drugstore, barber shop, convention hall, banquet room, cocktail lounge and beverage room. The City Centre, along with the Charterhouse and Downtowner, were trendsetters and set the bar for a number of similarly designed hotels that sprang up in the mid-1960s. Within one year, Westminster, Dakota Village, Westwood Village and Champs (Osborne Village) motor hotels were built.