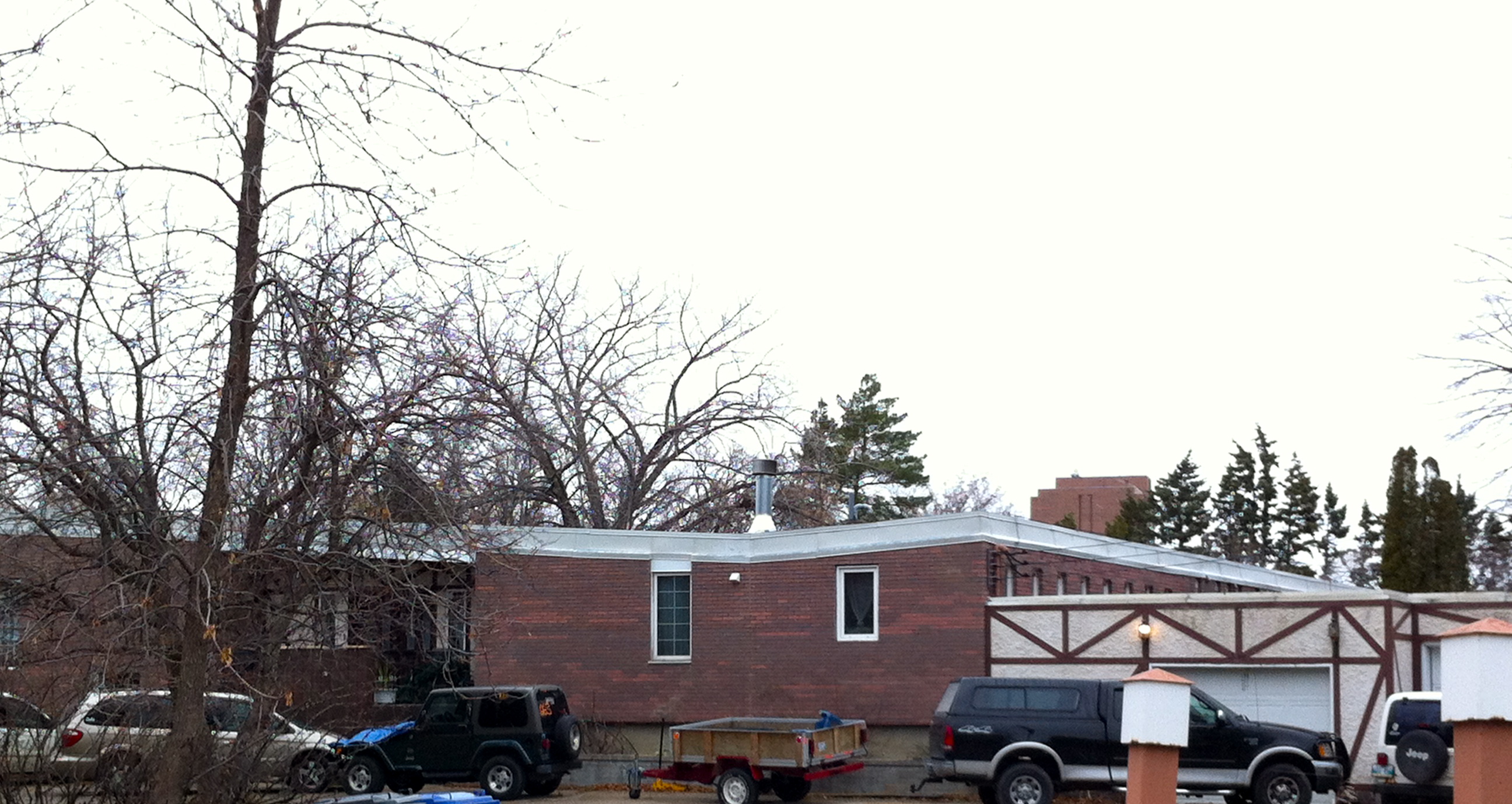 This modernist structure, L-shaped and topped with an inverted "butterfly"-style roof, was once the Winnipeg home of the Sisters Adorers of the Precious Blood, a Canadian Catholic order founded in St. Hyacinthe, Quebec, by Aurelia Caouette in 1861. Since the 1990s the residence, known as the "Monastery of the Precious Blood," ceased its religious function. The building was designed by the local firm of Libling Michener and Associates. It was designed to highlight views of its riverside site, while also including an internal courtyard space.