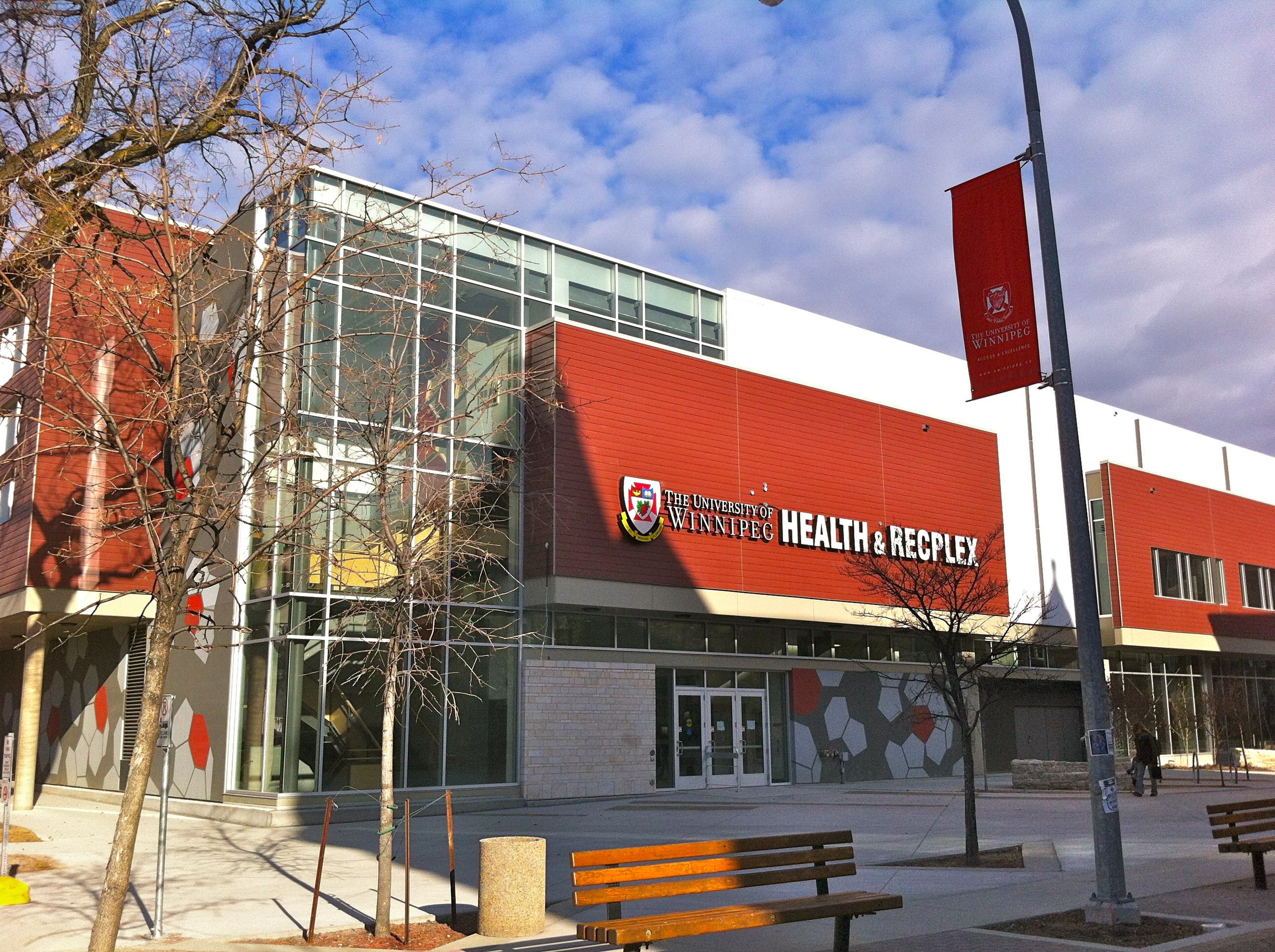 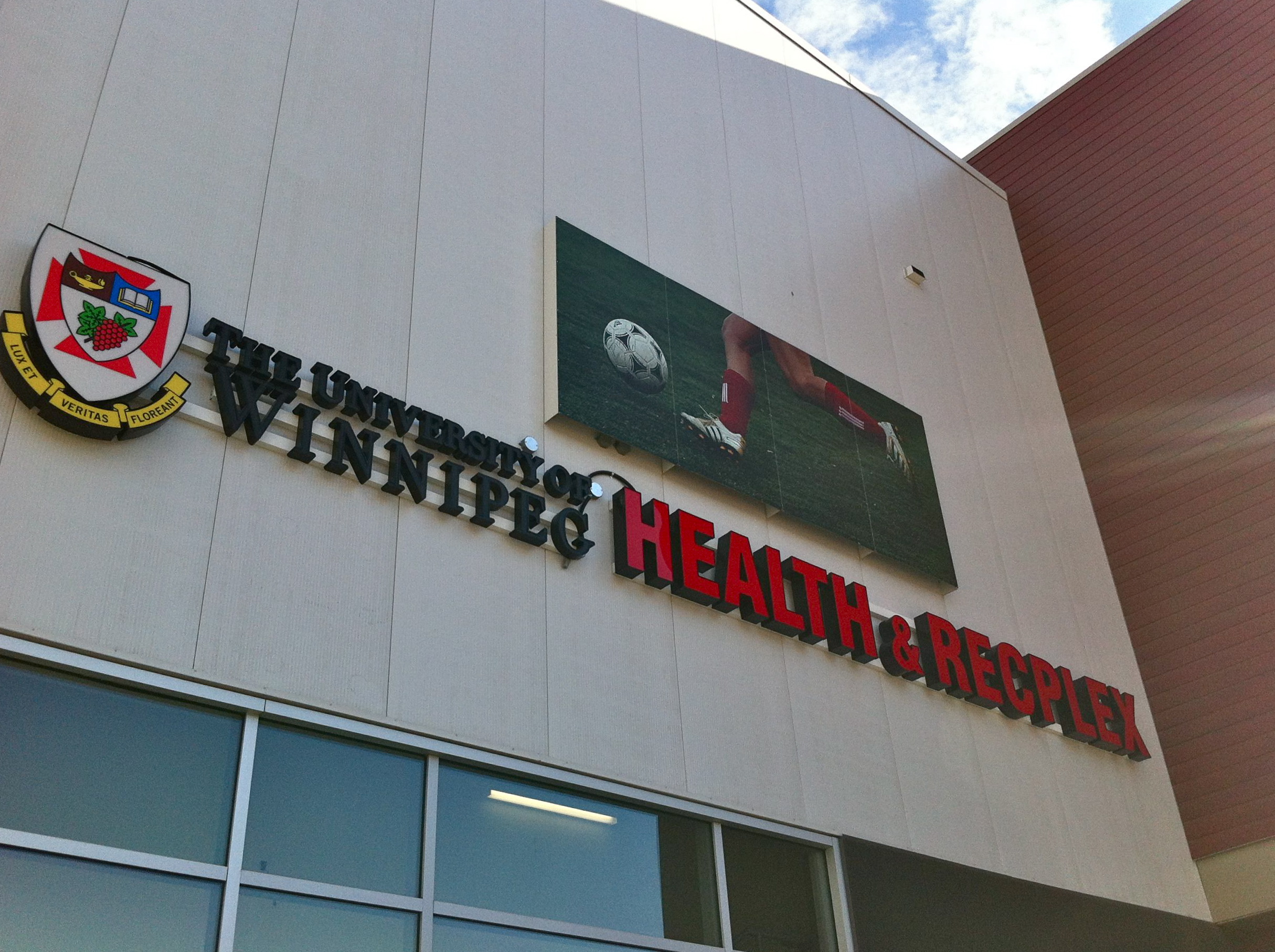 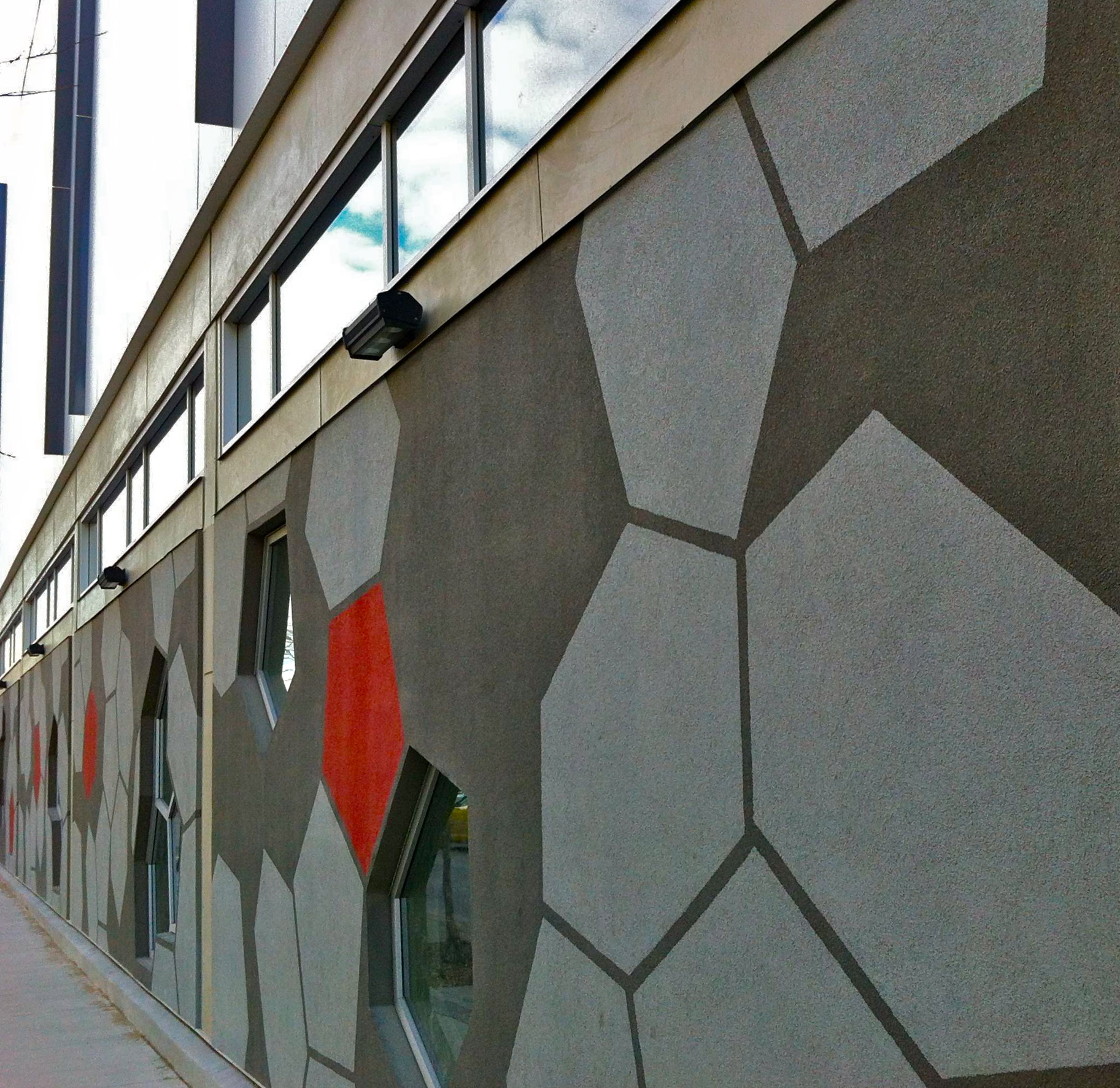 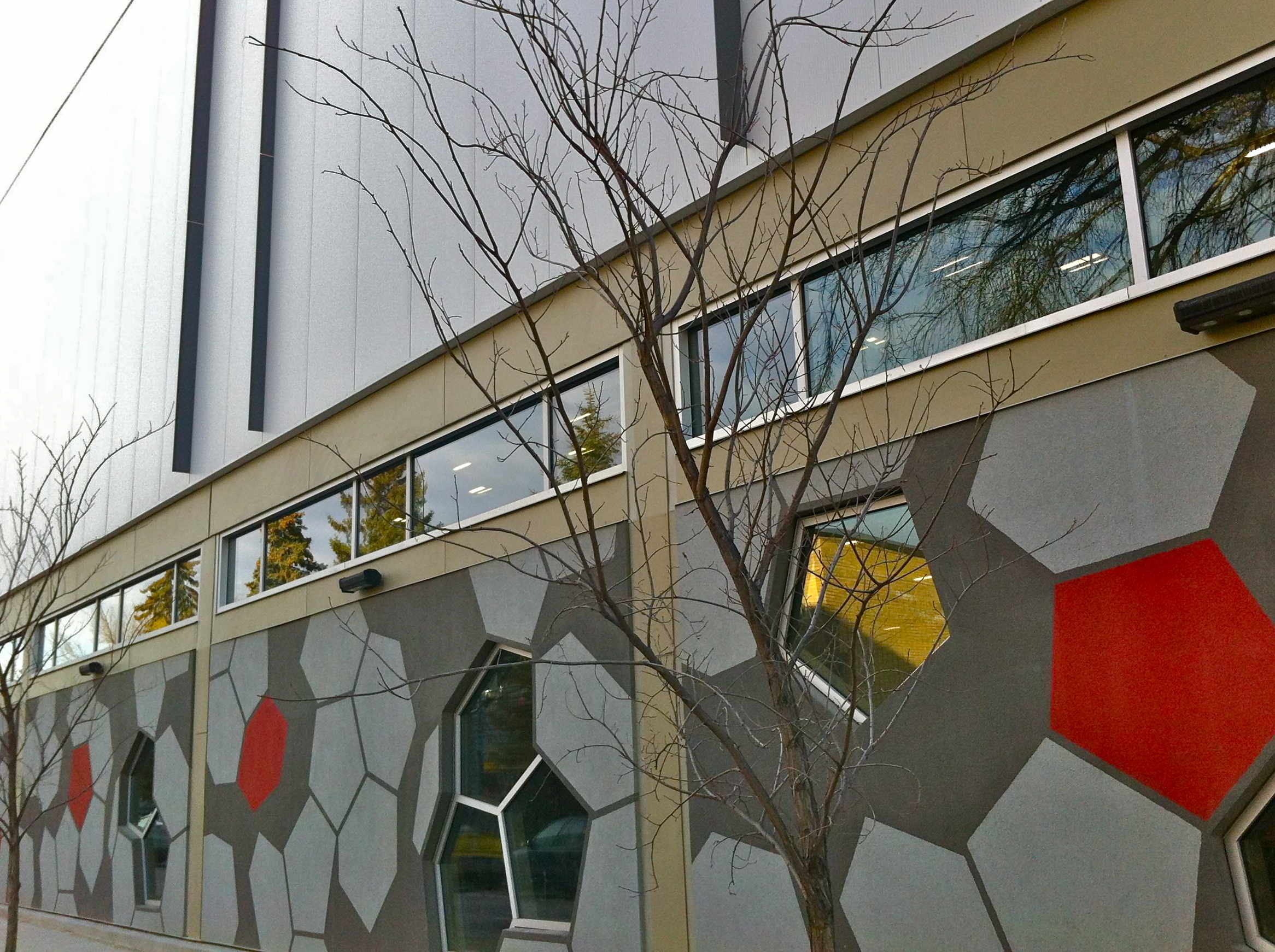 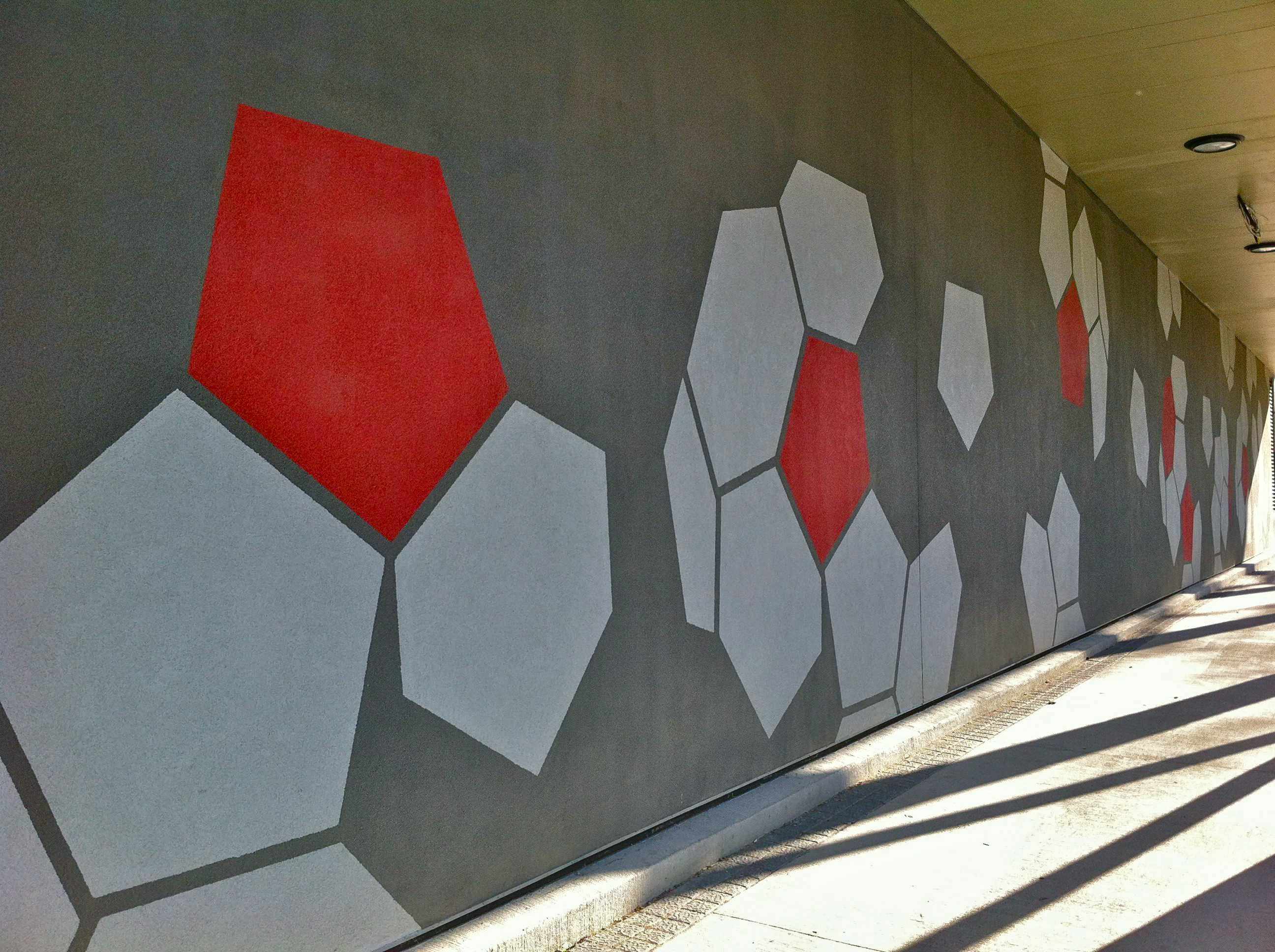 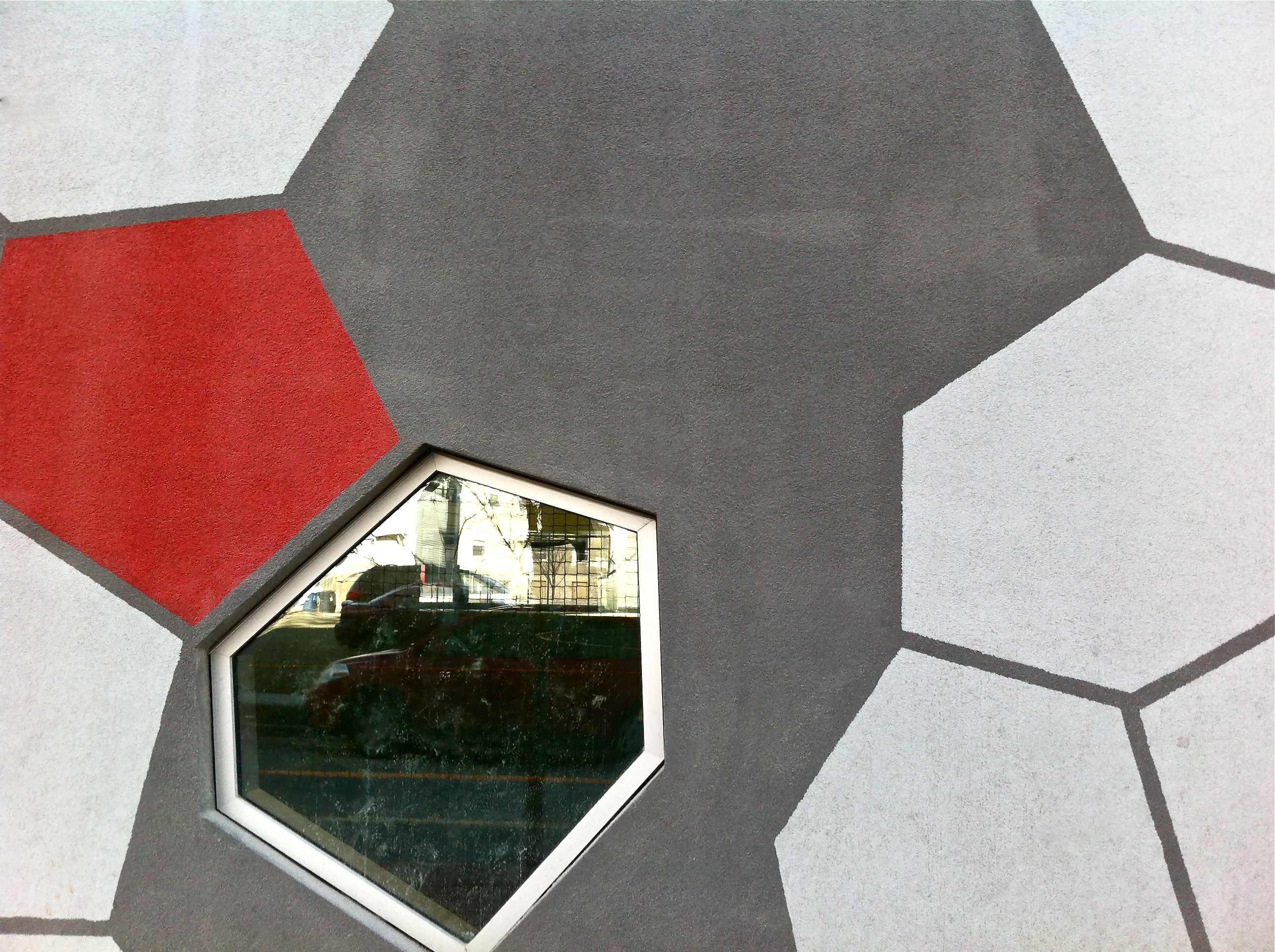 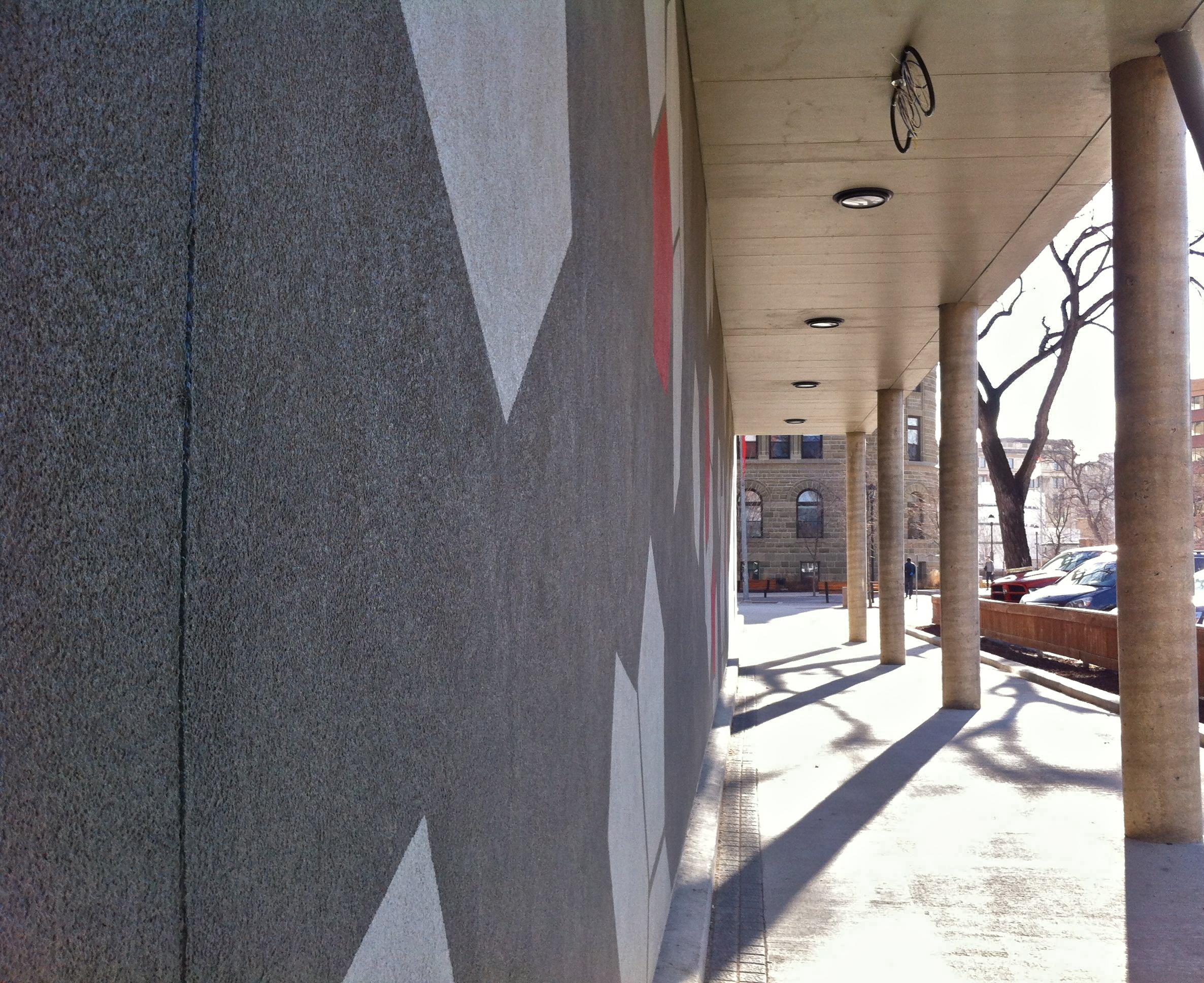 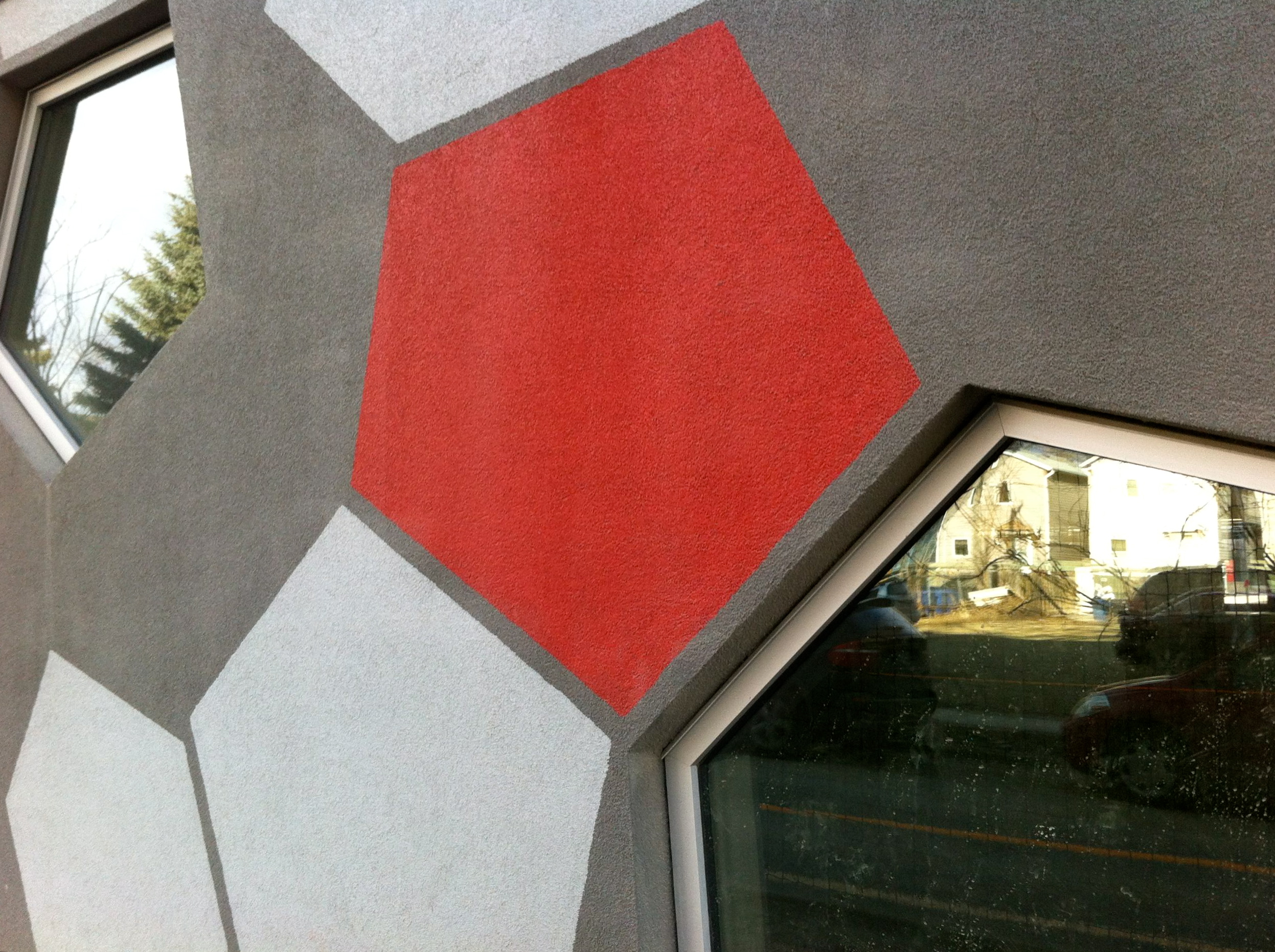 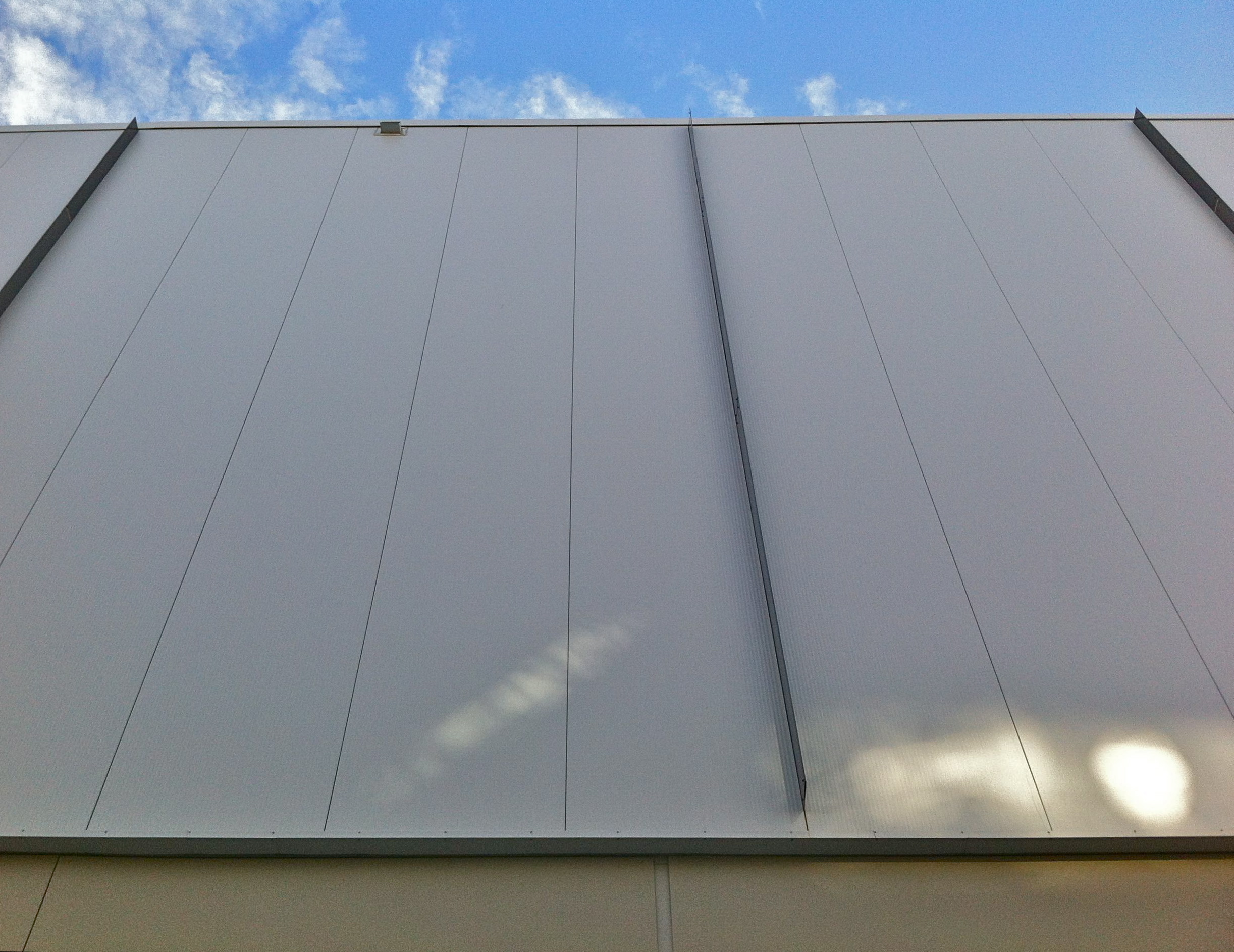 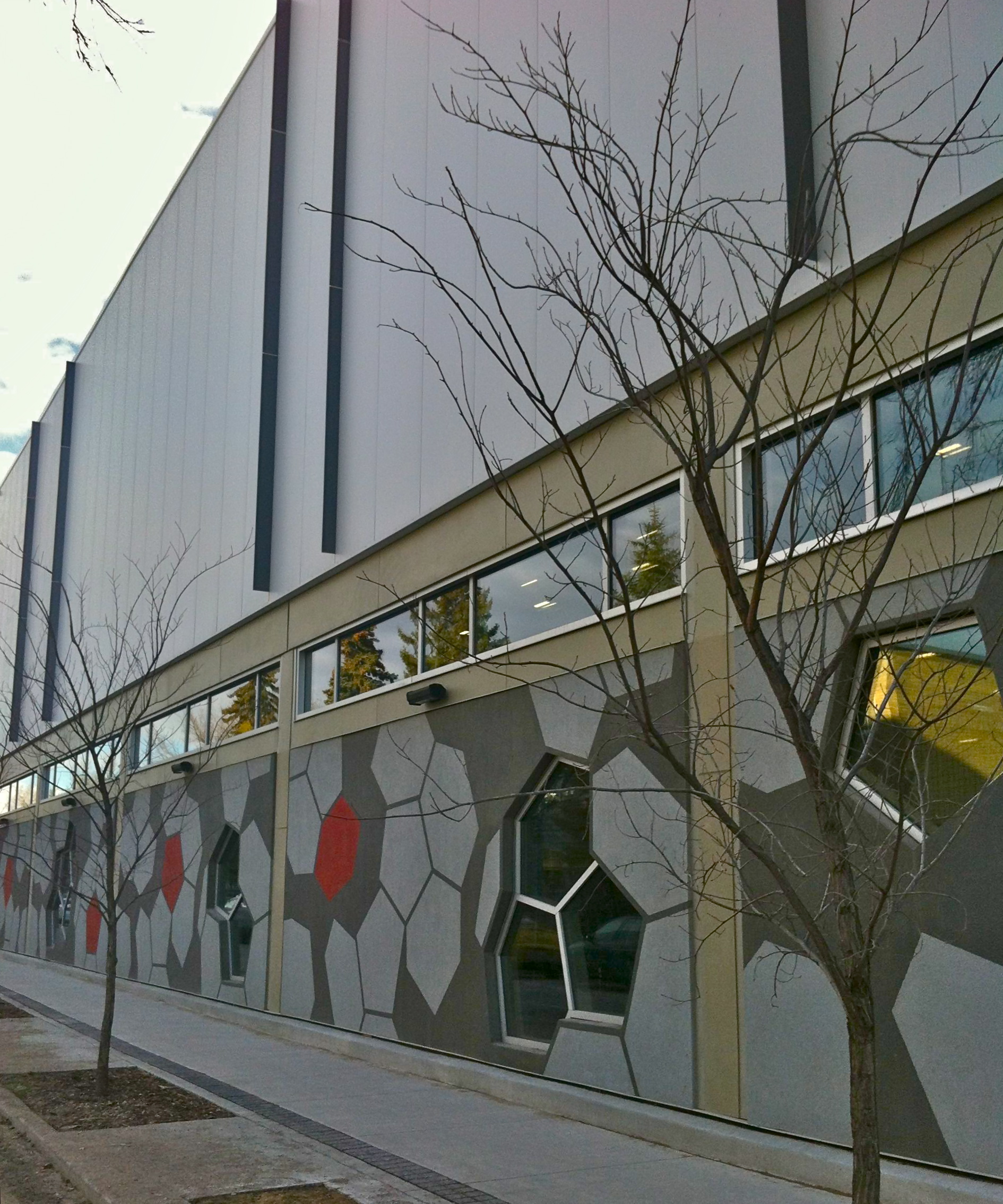 350 Spence Street, known as University of Winnipeg United Health and RecPlex, is a 189,000 square foot recreational and wellness facility. Built in 2014, the Health and RecPlex contains a full-sized multi-use artificial-turf field, indoor training and practice space, the Thomas Sill Community gym, a four-lane rubberized spring track, retractable batting cages, a climbing wall, a student lounge, a multi-events room open to the community, a dance/yoga studio, food and beverage kiosks, an indoor lock-up for up to sixty bicycles, and an underground parkade for nearly 200 vehicles. Also located in the building is the Great-West Life Healthy Campus and Research Centre. Erected at a cost of $40 million, the building was funded by the University of Winnipeg, the Province of Manitoba (which contributed $15 million) and the City of Winnipeg ($2 million). 350 Spence Street is connected by an above-ground passage to the University of Winnipeg’s Duckworth Centre (which dates to 1983) which it echoes in scale. At the time of the RecPlex’s construction, major renovations occurred at that building’s south end, expanding the latter’s services and harmonizing aspects of the neighbouring structures’ visual relationship.

The design of the United Health and RecPlex is of a neomodernist strain, clean-lined with a sense of planar dynamism. The latter is conveyed through a block-like treatment of surface and volumes, with multiple sections jutting outward, creating multidimensional façades. Creating a further sense of visual vitality are the painted graphics featuring a hexagonal, faceted design, located on the stucco areas of the south and west elevations at ground level. This detail, which harkens to the design of soccer balls, enlivens the busy pedestrian realm of the core-area University of Winnipeg campus. In a similarly pedestrian-minded capacity, the south side of the building features a portico which serves as a covered passageway to Young Street, to the west. On the west and north elevations, the building's upper storeys are clad in a commercial freezer-type material, a substance recently popular in North American construction, which is found, as well, at the University of Winnipeg's Buhler Building.

350 Spence Street was conceived to not only serve University of Winnipeg students, faculty, and staff, but also to be used as a resource for neighbourhood youth, residents, and local amateur sports organizations. As such, the building was developed with a large degree of community involvement and consultation.