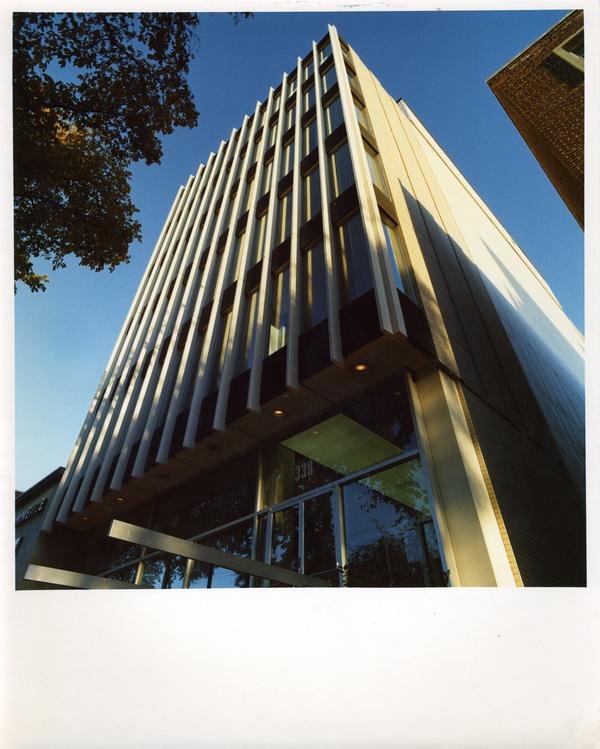 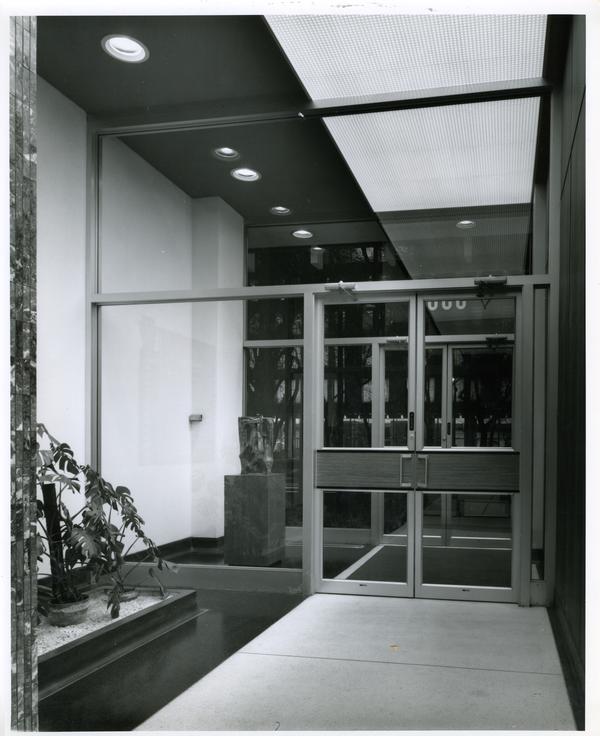 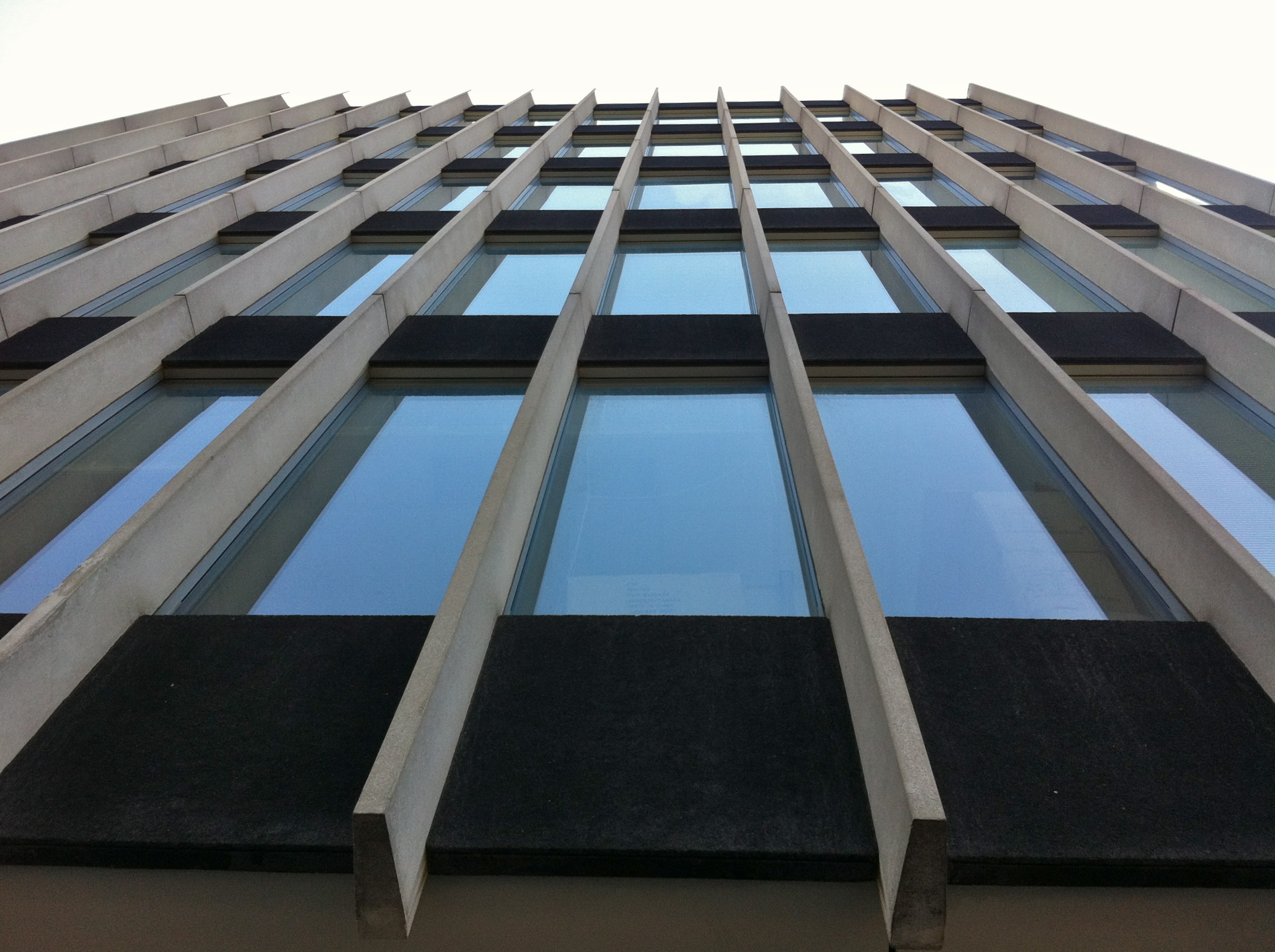 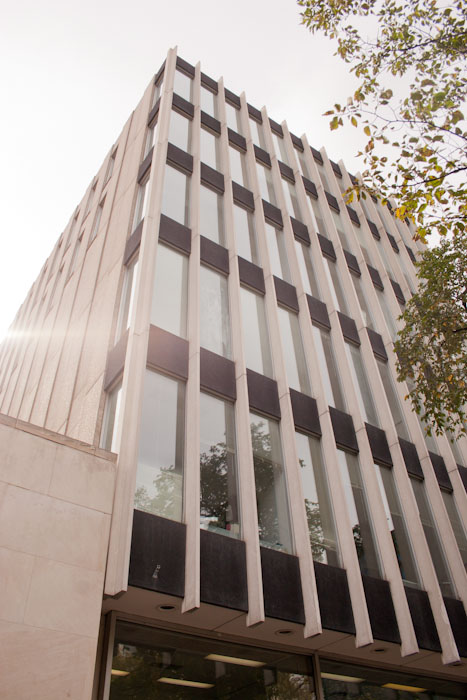 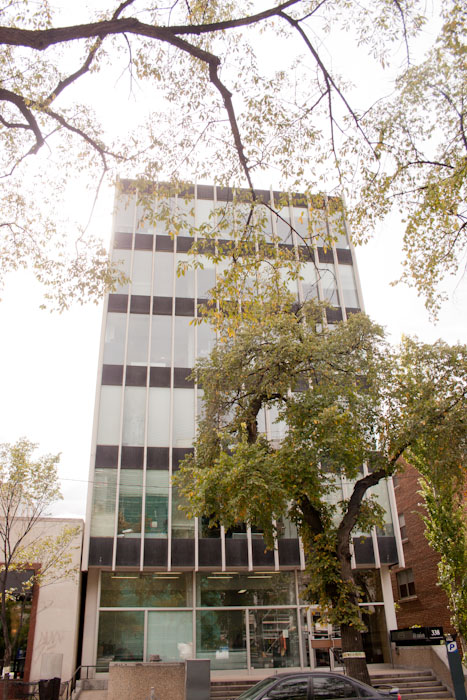 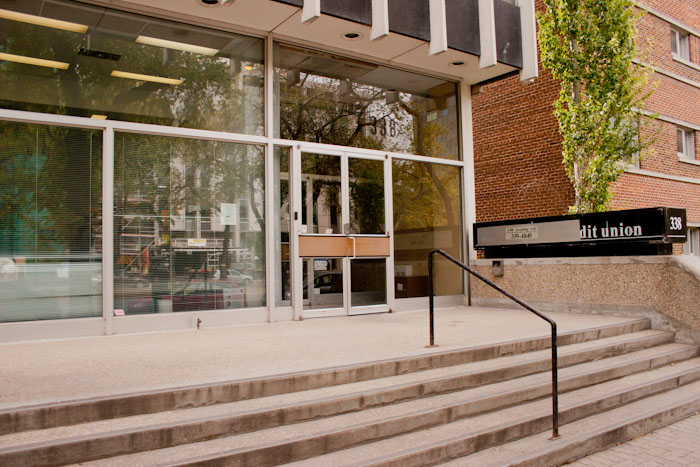 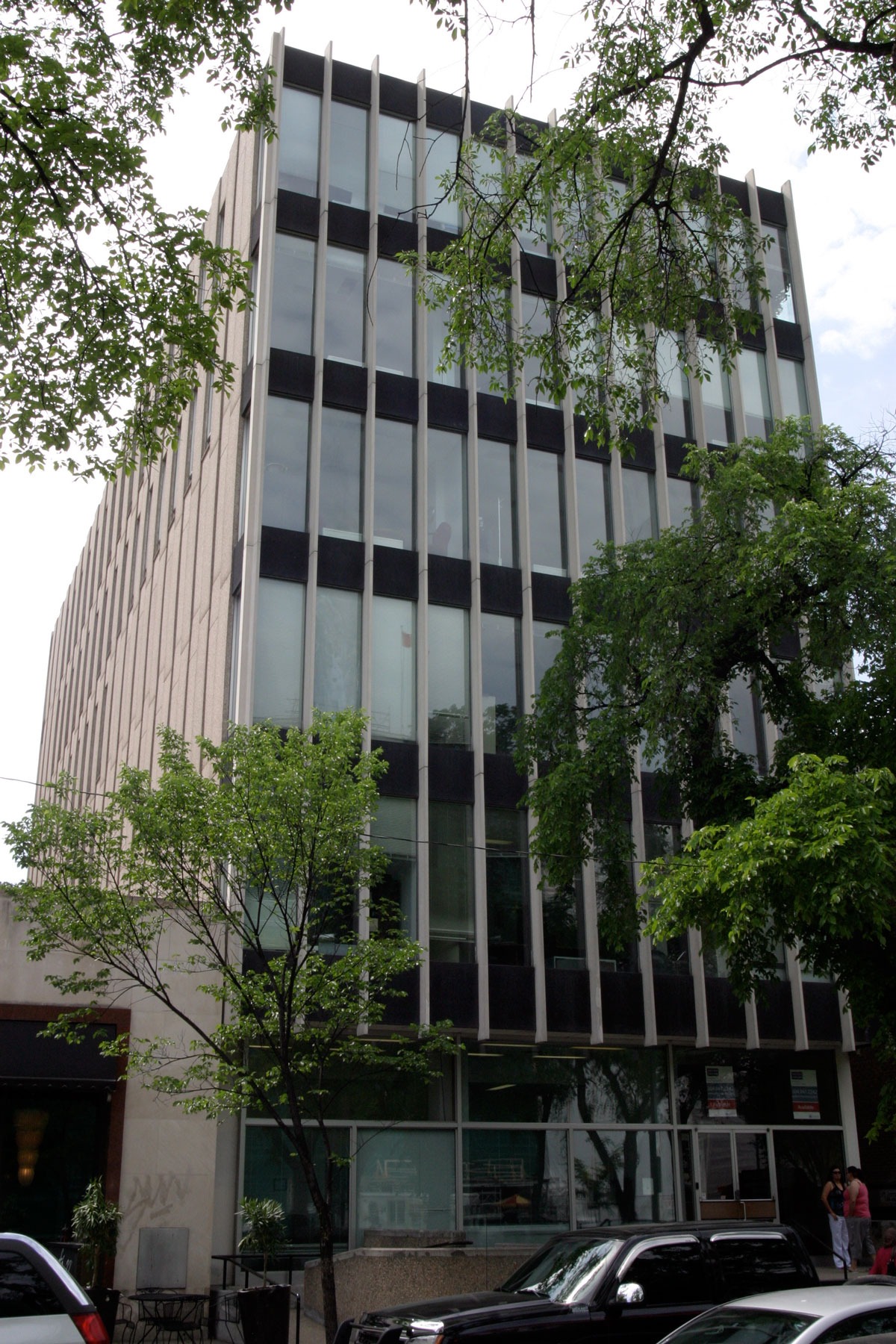 The design for this building by architectural firm Waisman Ross was a finalist for the Massey Medal in Architecture in 1964. The group of architects who designed the six-storey office building at 338 Broadway later became the prominent and established Number Ten Architectural Group.

For many years the building housed the Sun Life Insurance Company and, since 1991, has been the home of Me-Dian Credit Union. As its name suggests, Britannia House was owned and built by the Metropolitan Estate and Property Corporation (MEPC), a development company with significant British investment that was instrumental in the evolution of Broadway from a quiet residential street of old mansions and apartment blocks to a commercial hub showcasing many fine examples of Modernist commercial architecture.

Employing a structural frame of reinforced concrete columns with cellular two-way slab floors, Britannia House features a striking minimalist facade of dramatic white mullions, offset with black precast aggregate panels that overhang a glassed podium on the ground floor. A recessed entrance behind a broad stairway from the sidewalk further articulates this illusion of a “floating” design.