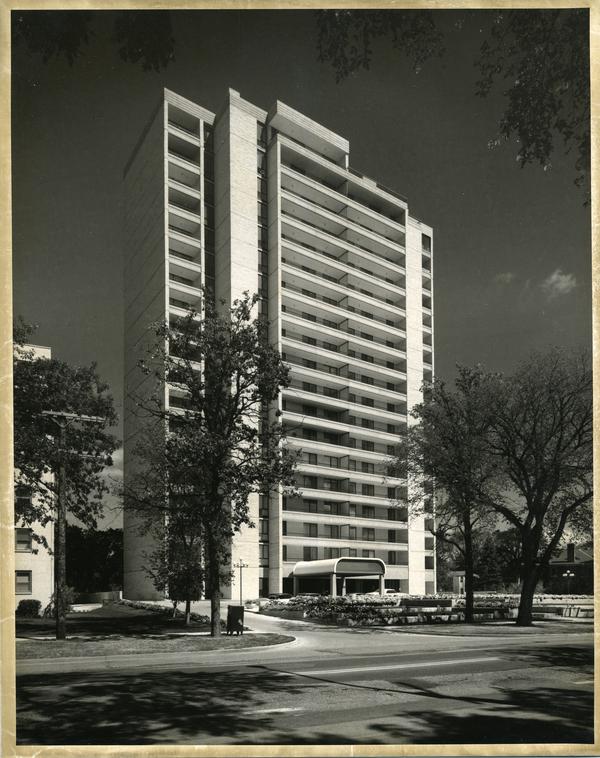 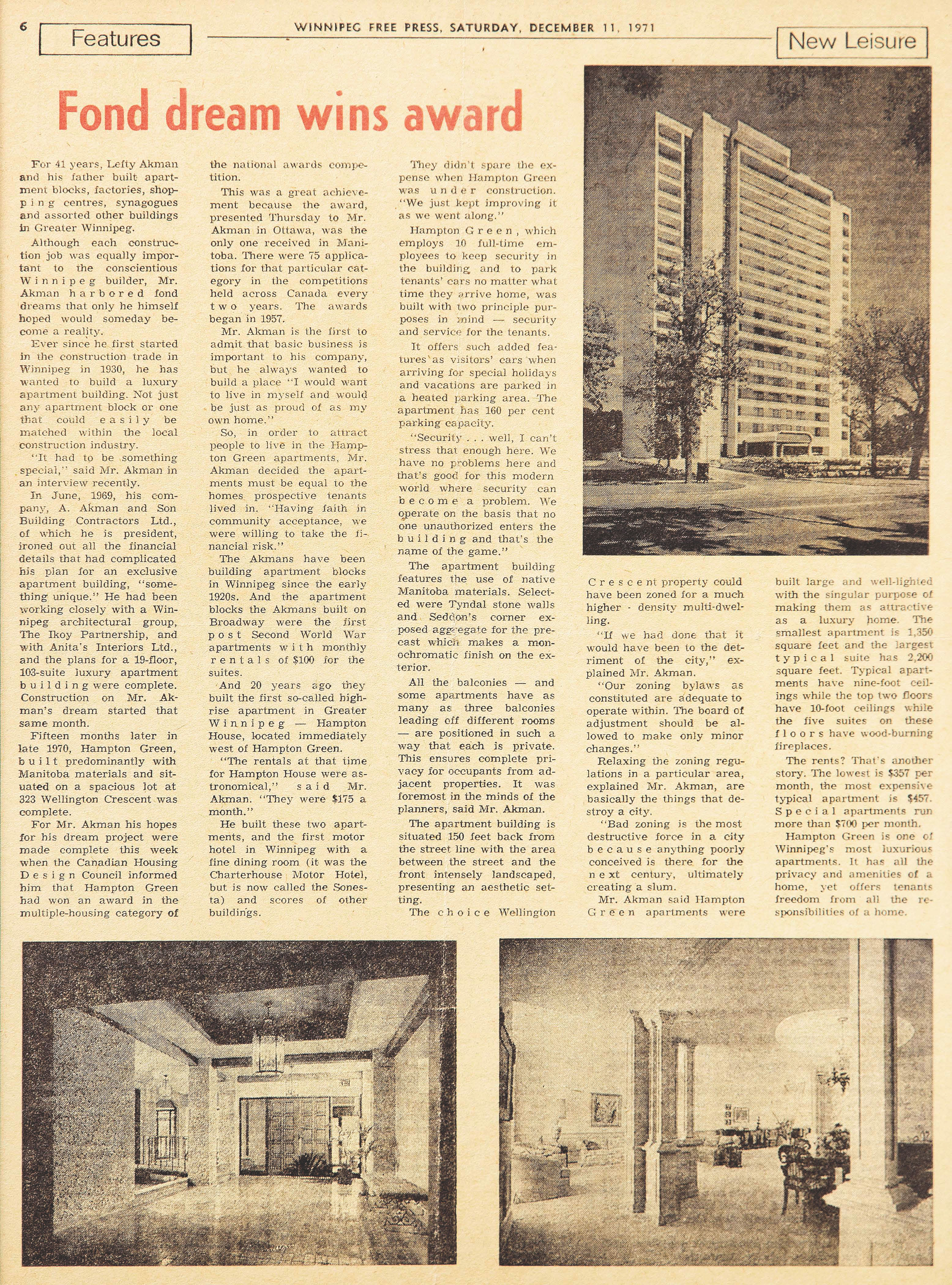 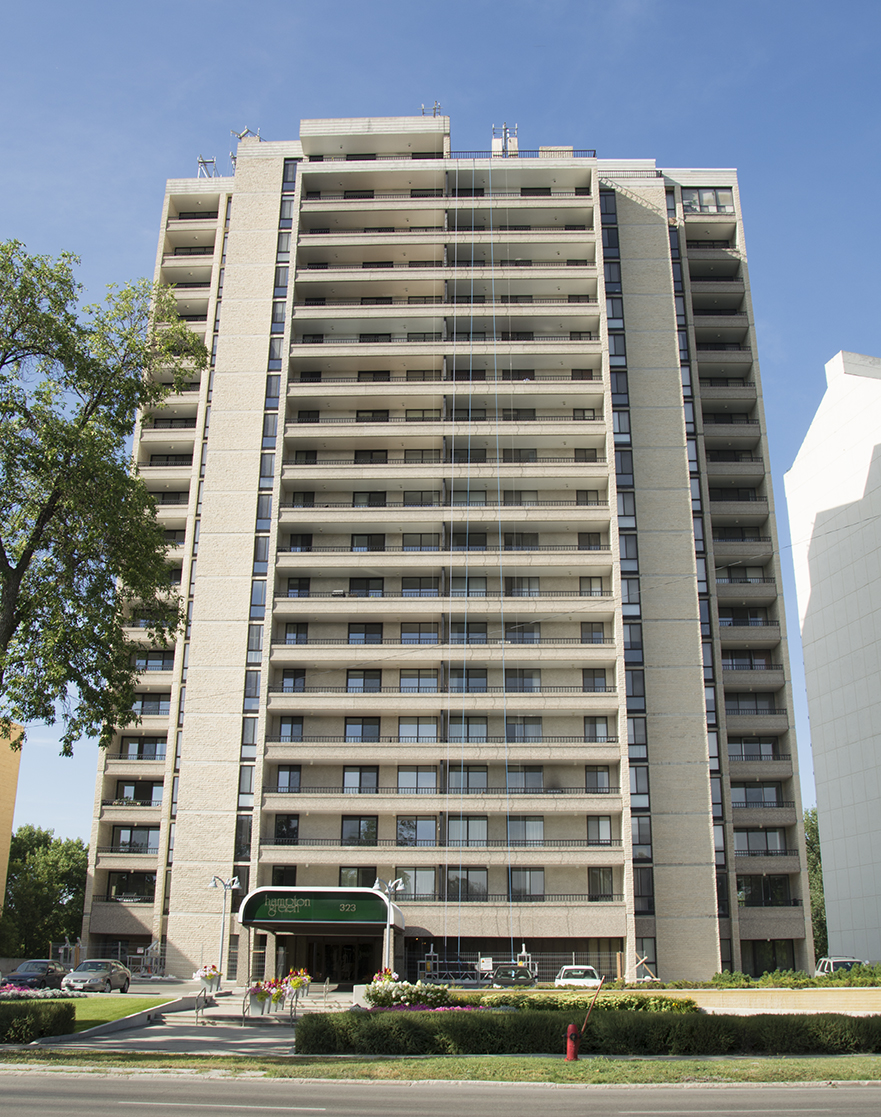 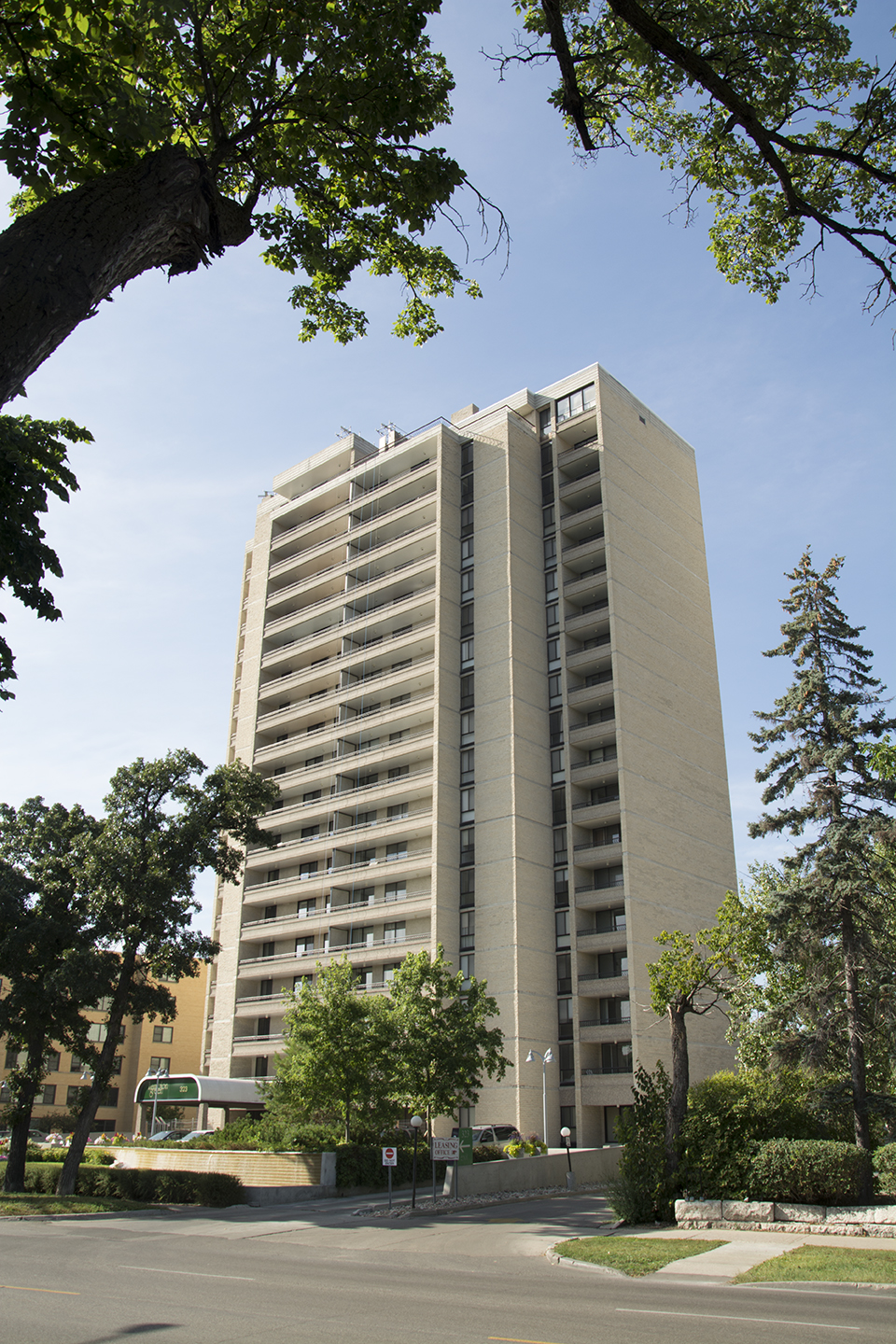 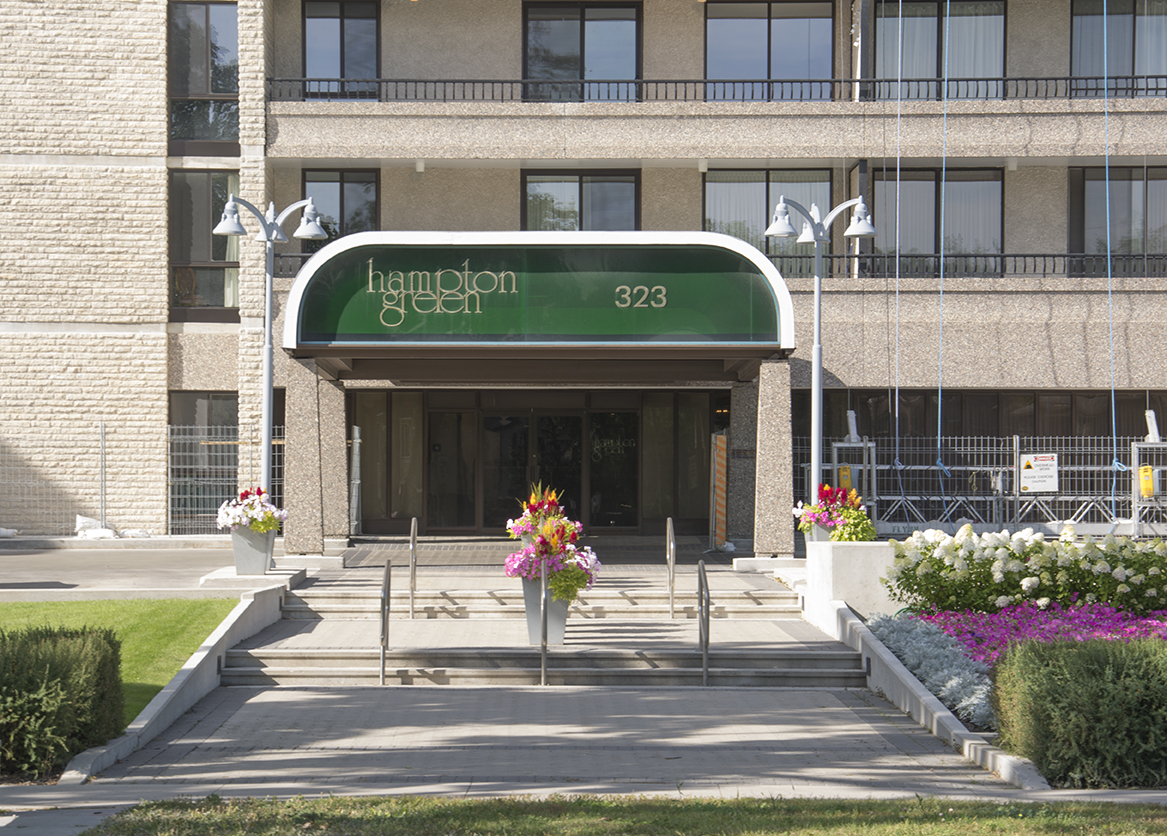 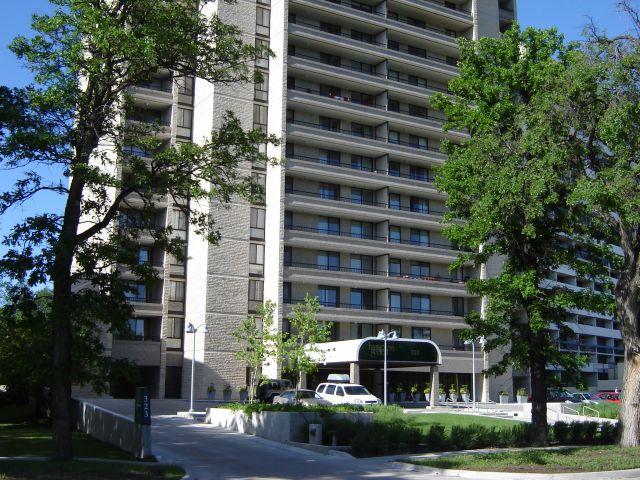 Hampton Green is a nineteen-storey apartment tower located at 323 Wellington Crescent, on the south banks of the Assiniboine River. The tower stands on the former site of the historic Gerald Griffin home; the 60,000 square foot property was purchased by A. Akman & Son Limited in 1968. The development of Hampton Green was led by Lefty Akman, who described the high-rise project as an attempt to create "a dignified residential family building without the people being sandwiched into a shoe-horn type of operation." Hampton Green was an early design by notable Winnipeg architecture firm IKOY (then known as the Ikoy Partnership), and its original interior design was conceived by Anita's Interiors Limited. The building won a Canadian Housing Design Council award in the multiple-housing category for its unique design approach.

Among the aspects that set the project apart from other examples was the building's modest use of its large site, taking up only one-sixth of the plot's square footage, creating ample park-like surroundings. Hampton Green was set back approximately 150 feet from the street, with reflecting pools and fountains placed on its south side. Other significant design details of the original project include the use of Tyndall stone wall cladding and similarly toned Seddon's corner exposed aggregate precast concrete, a monochromatic pair that created an elegant subdued effect.

Hampton Green's lower eleven floors initially were planned to contain seven suites each, with the upper six floors to hold six each. The project, announced in October 1968, was intended as a luxury property that would echo aspects of single family homes in the design of its individual suites. Besides the park space, this effort is manifested in the inclusion of large balconies (as many as three per suite). For similar reasons, great effort was made to ensure that each balcony was strongly separated and private from its neighbours. A sense of this luxury ambition is apparent from advertising copy for the project: "An enclosed patio terrace. Twenty-four hour door-man and car service. Only four apartments per floor. Supervised guest parking. Artistically landscaped grounds to the river. A choice of apartment sizes ranging from 1,350 sq. ft. to 2,200 sq. ft. The convenience of a commissariat. Yes ... once in everyone's lifetime there should be a Hampton Green." The name of the project drew upon that of its neighbour, Hampton House, one of the first high-rise apartments in Winnipeg, a building likewise developed by Akman.

In 2005 the original fountains and the associated public space of Hampton Green (all set above an underground parkade) were drastically remodelled according to plans by HTFC Planning & Design and Crosier Kilgour Engineers, which foregrounded a large, sinuous waterfall fountain facing Wellington Crescent.