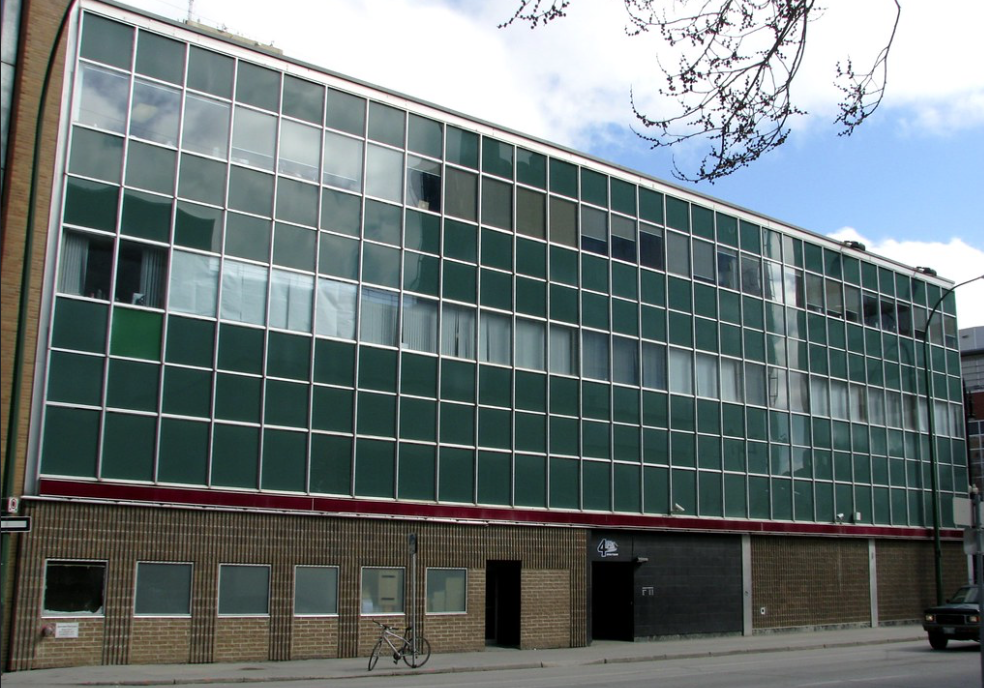 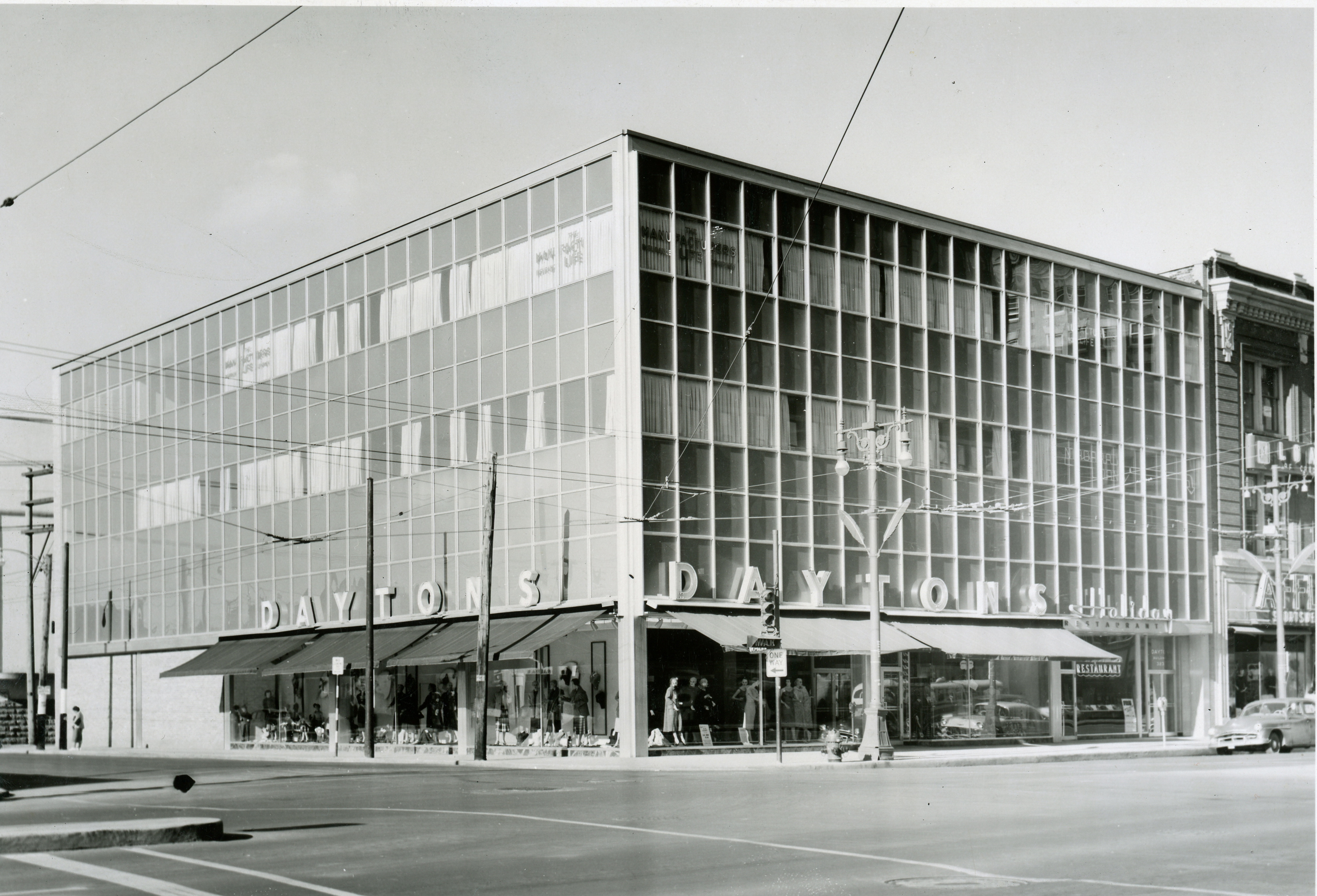 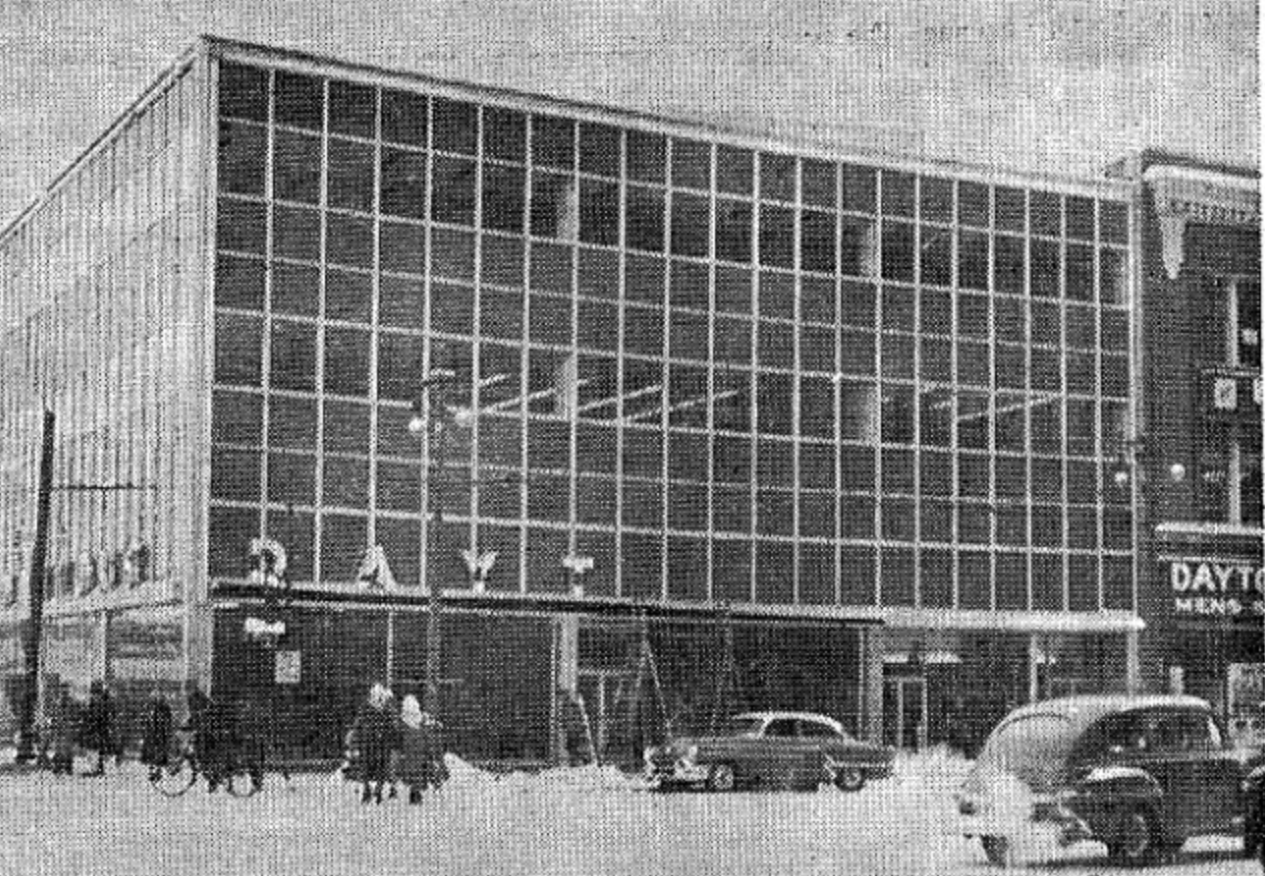 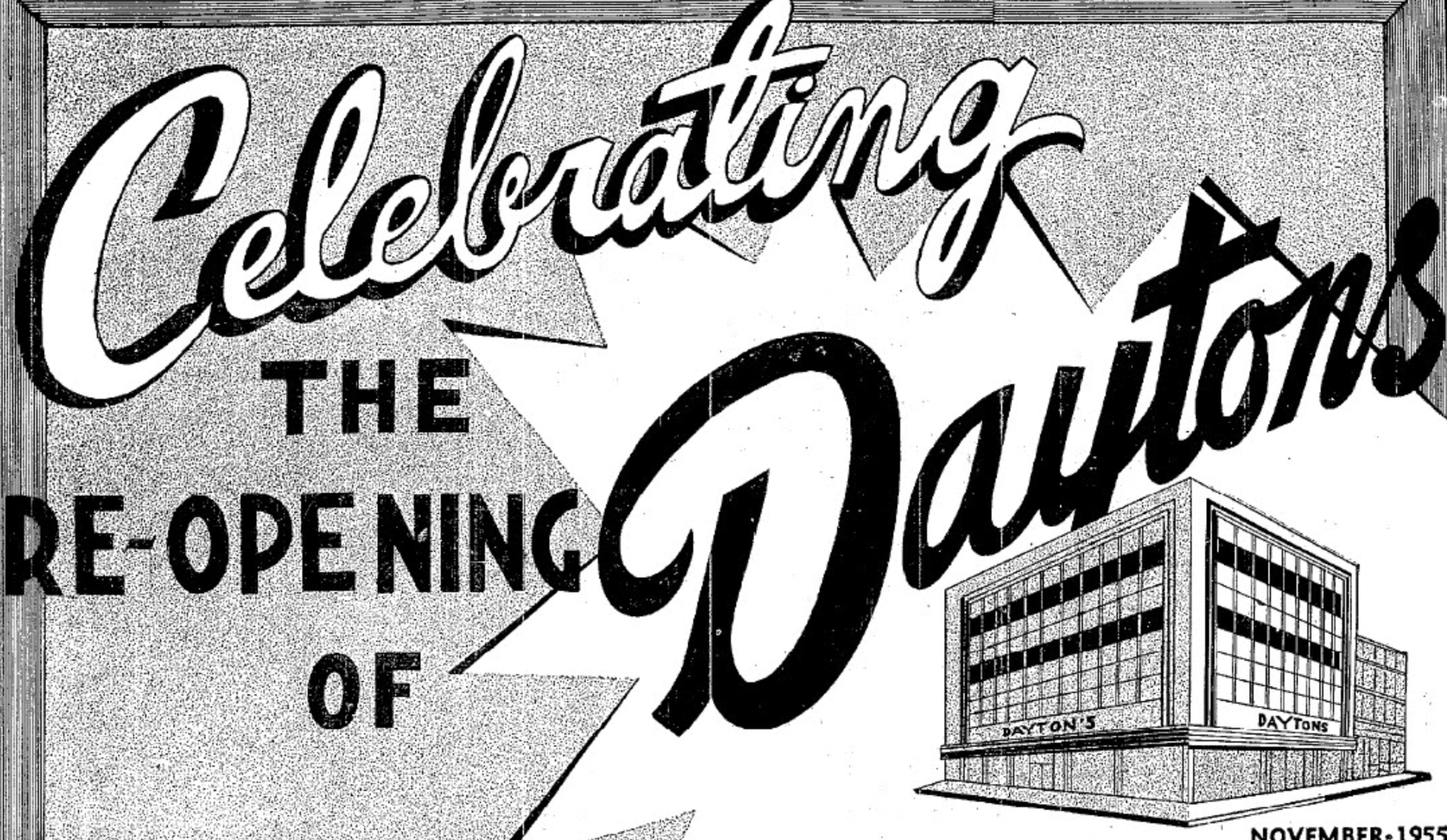 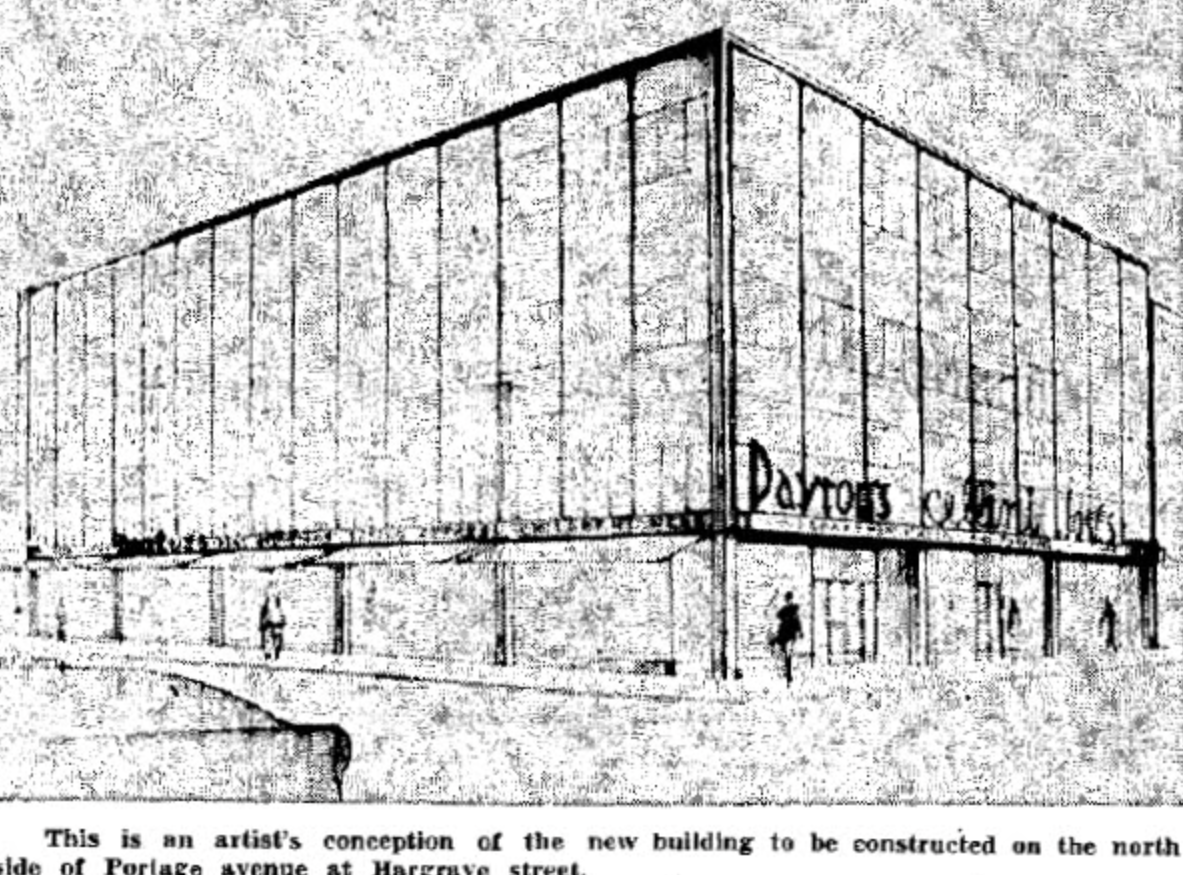 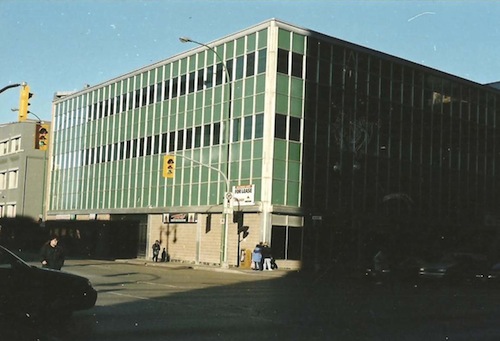 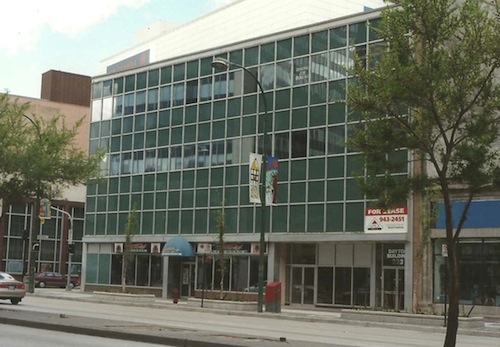 The Dayton Building was among the earliest curtain wall structures in Winnipeg, demonstrating a notably modern trend in architectural design. Over its life the building has housed a variety of small commercial tenants as well as bar and restaurant occupants.

The building original held Dayton's, a clothing store which gave it's name to the building. The building featured a steel frame which held the glass panels. The glass was tinted green to contrast with the surround Tyndall stone and brick buildings. Another feature of the glass was that it was insulated to protect the building from Winnipeg's harsh winters. The interior of the building was designed with tick floor tiles and ceiling tiles to reduce noise, soft bulbs to light the store, and a platform five feet off the ground for maintenance men to access the pipes, wires, and phone lines. Eventually a mezzanine level was constructed to maximize space for the store.

The top two floors were leased out as office space while the basement of the Dayton building held David Pollock's Holiday Restaurant. The restaurant included a dining room, coffee counter, and tea room. The entrances to the Holiday Restaurant were located within the clothing store and another separate entrance off Portage Avenue. Although the restaurant was located in the basement of a clothing store and office, the atmosphere was light and inviting. The restaurant was decorated with bright red upholstery, walnut tables, white drapes, and travel posters along the walls in keeping with the holiday theme.

In 1973 a fire from the neighbouring building left the Dayton building with minimal water and smoke damage. Unfortunately in 1976 another disaster would hit. A car, swerving to miss another, collided with the glass building. In order to sell off the damaged merchandise Dayton's had a "Drive-Thru Sale".

1984 marks the beginning of the Dayton building's life as a nightclub and in 2007 the club underwent a large $2 million renovation. By 2010, with the opening of the MTS Centre, the building then became a sports bar. Currently the building is opened as a twenty-four hour gym.