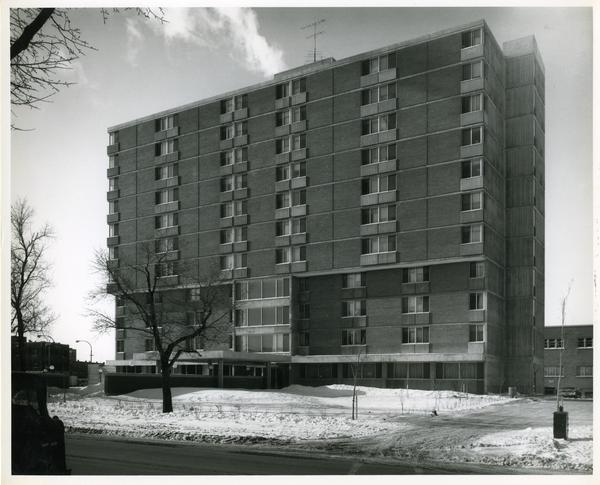 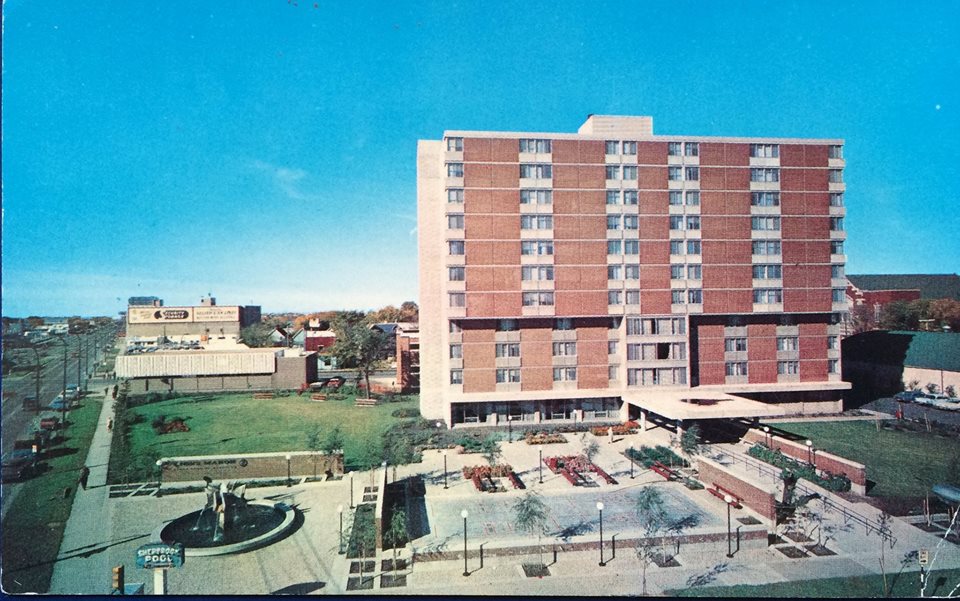 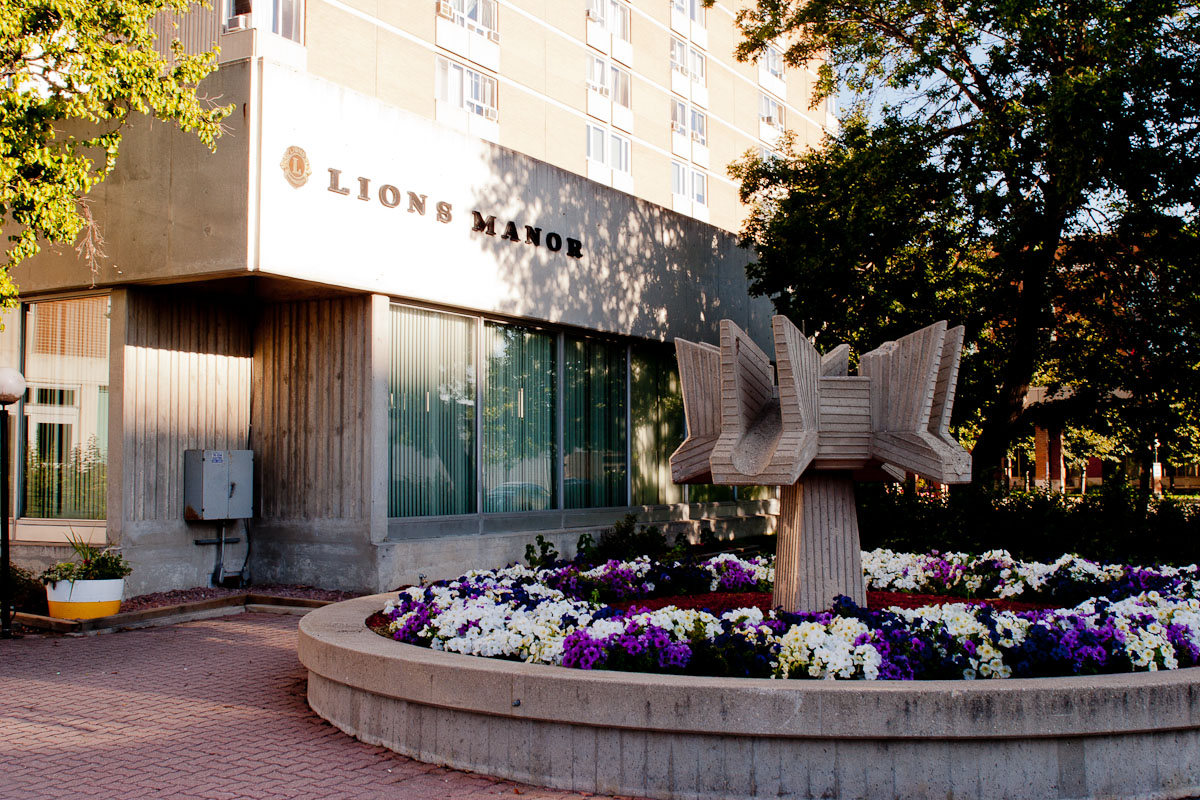 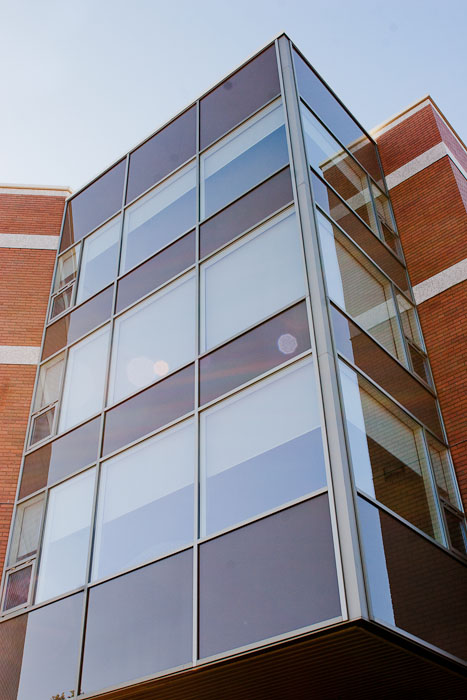 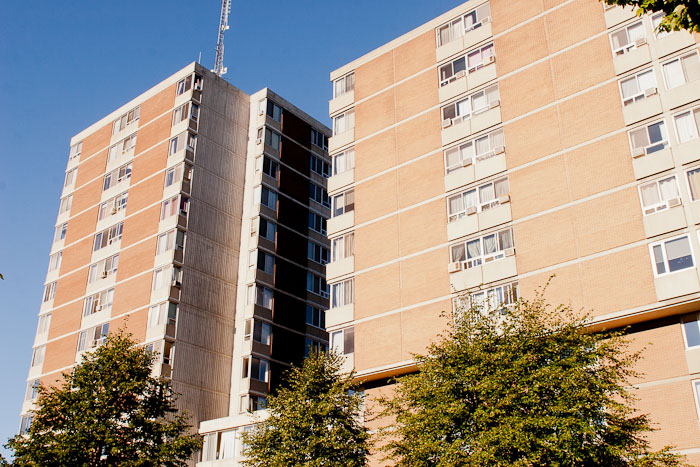 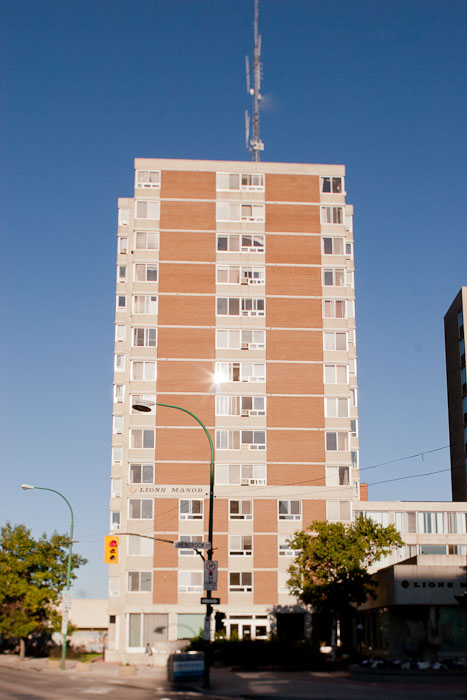 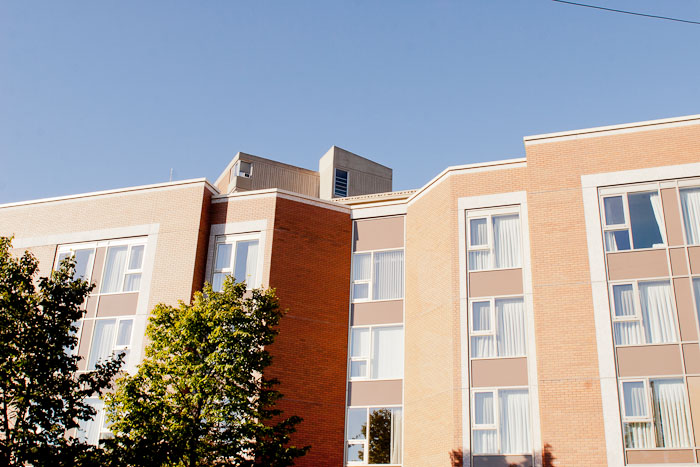 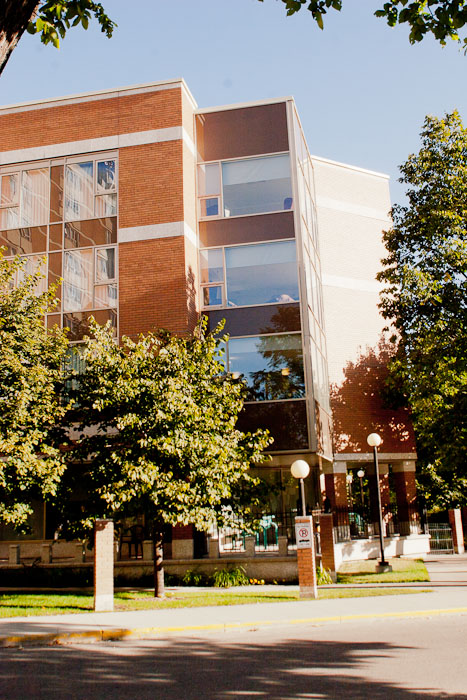 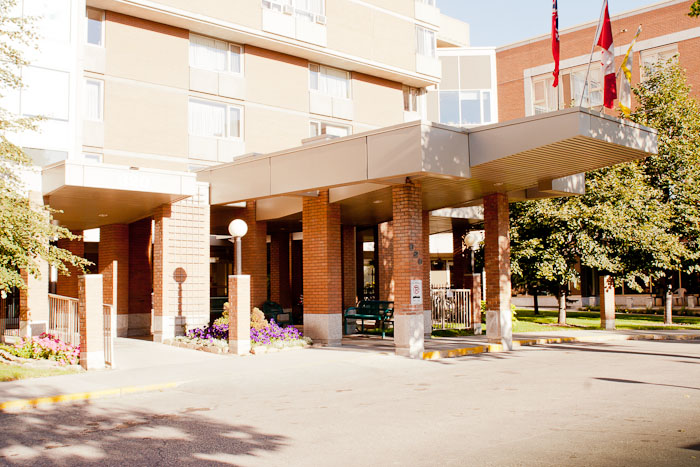 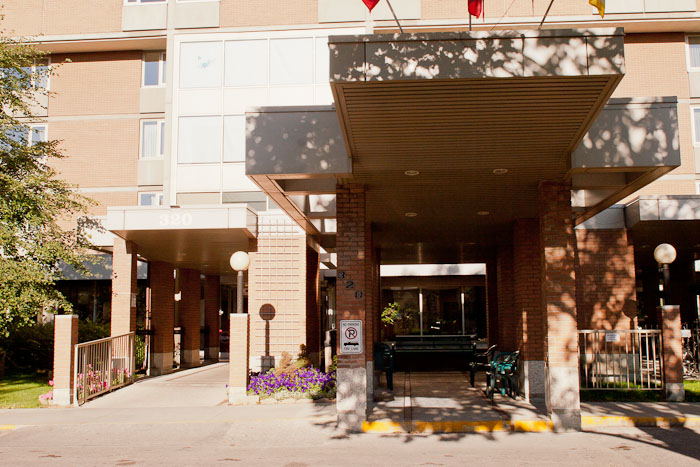 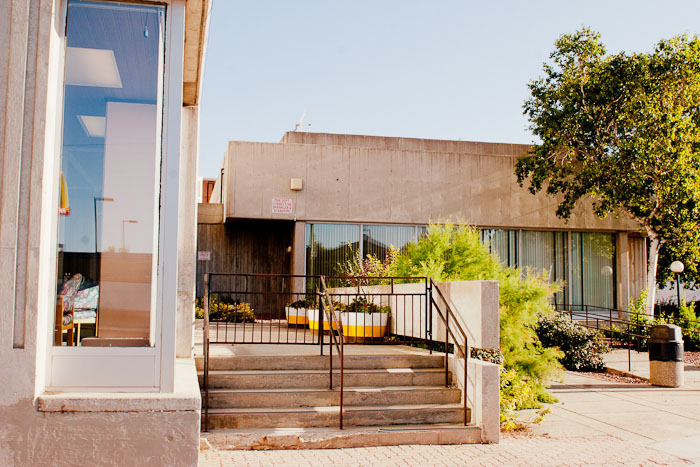 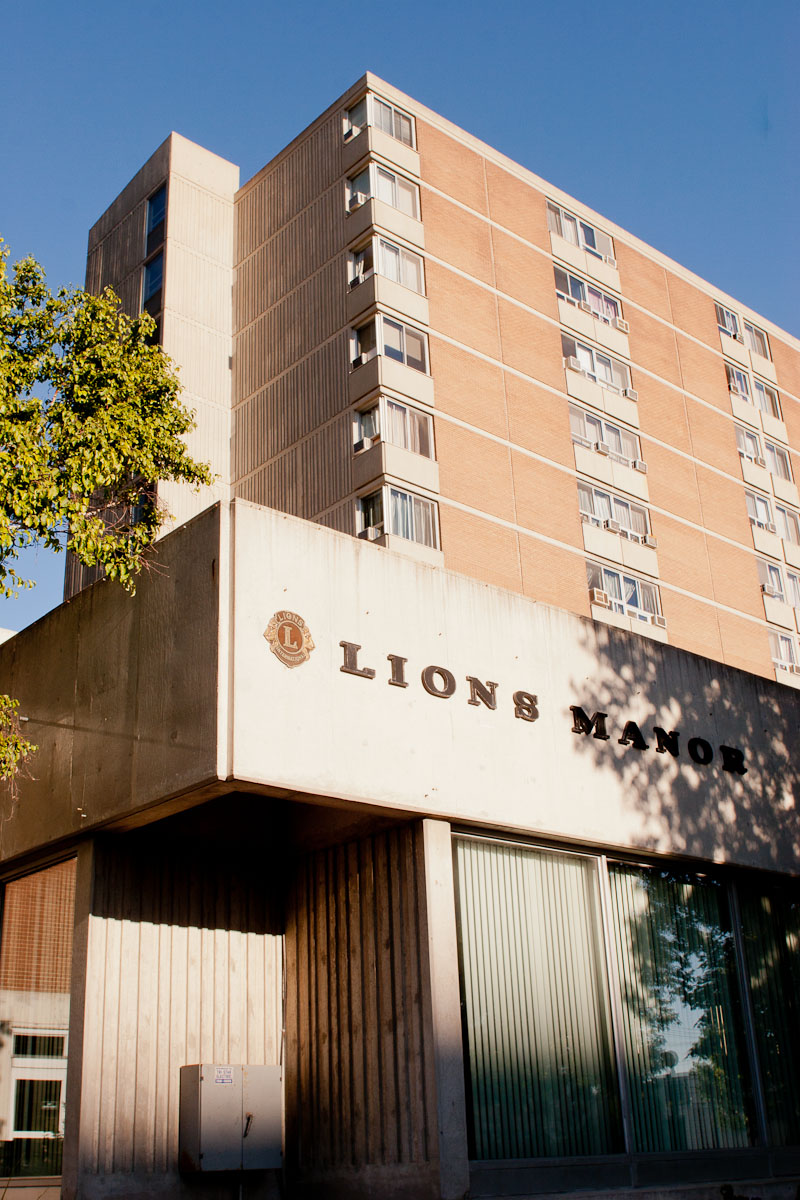 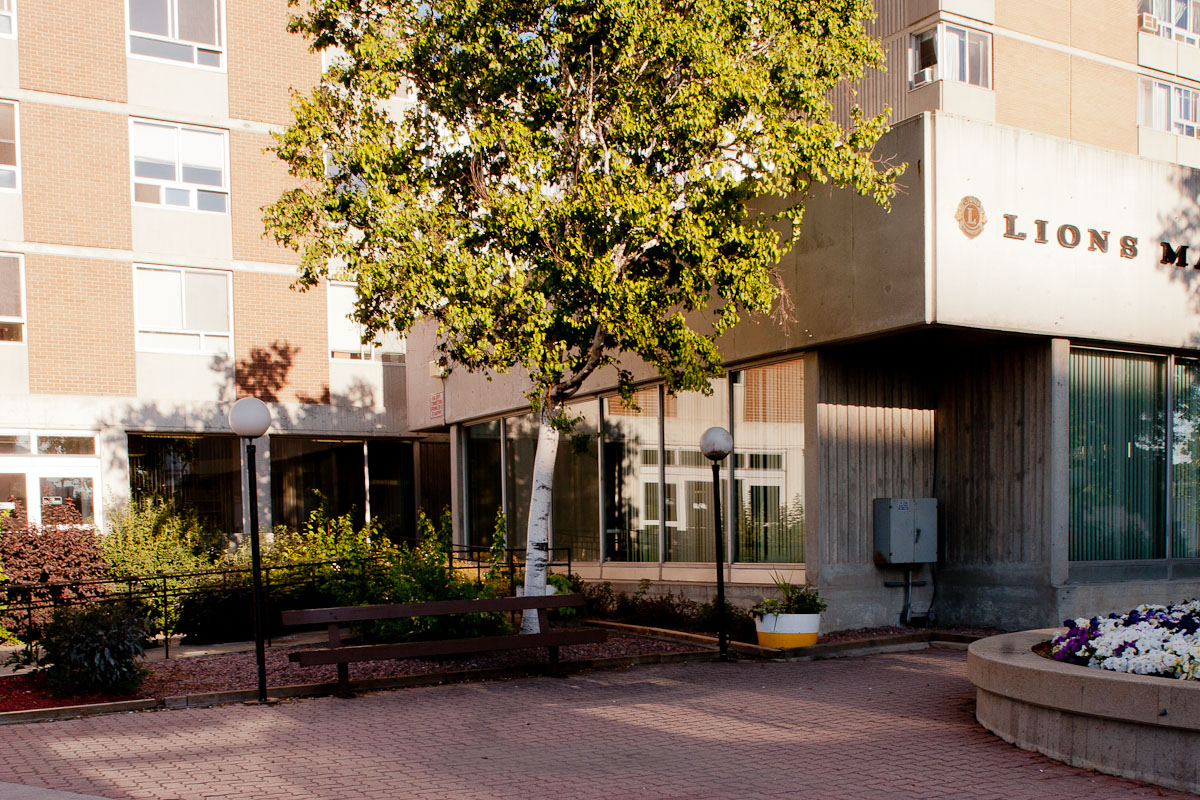 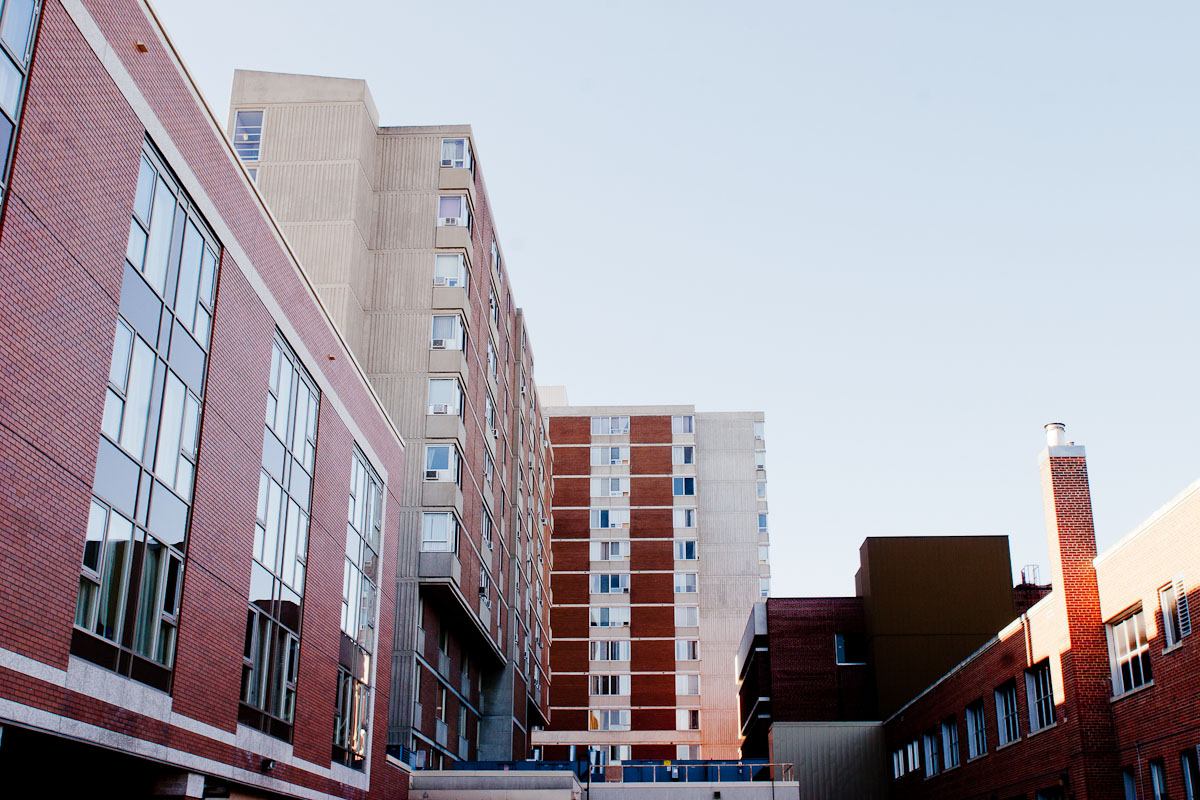 This brick and concrete housing project is closer to British New Brutalism than later “high” Brutalism both in its prominent use of brick and in its social intent. When constructed, it was the largest seniors’ residence in Canada. A primary concern for the seniors (most of whom had never lived in high-rises) was the fear of fire. The choice of concrete and brick was a conscious attempt to assuage these fears. Worthy of particular note is the bare concrete sculpture alongside Portage Avenue.

A Brutalist-imbued fountain outside the building, on the south-east side of the site, was designed by University of Manitoba professor Dennis Wilkinson. Now converted into a plant container, the fountain is identical to another fountain by Wilkinson adjacent to the University of Saskatchewan Veterinary College in Saskatoon.

This project was completed in stages. The northern tower was the first part of the larger complex; it was originally accompanied by the Wilkinson-designed fountain, a concrete plaza on its eastern side and a large garden to the south. The matching south tower was added not long after the completion of the first stage, in 1971. A four-storey addition occupying the north-eastern area of the site was completed in the 2000s, designed by Andrew Wach Architects Inc. At this time five floors of the existing project were redesigned; the combined ambit of work included a dining room expansion, a kitchen redesign and alterations to laundry laundry and office facilities.