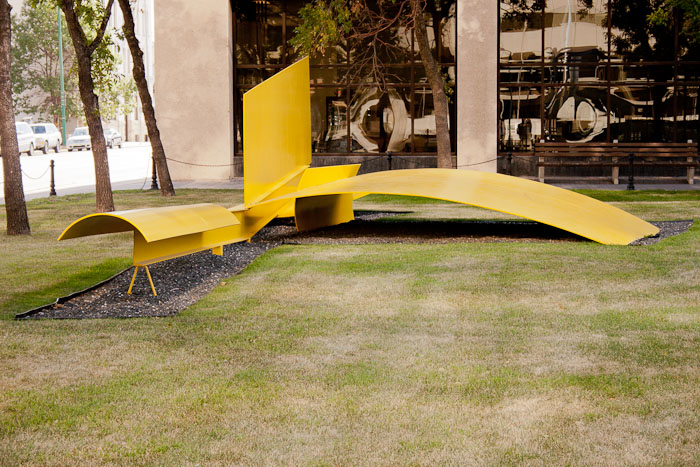 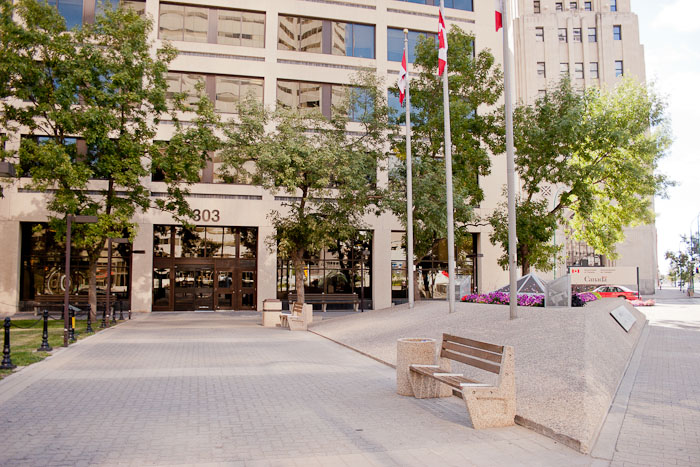 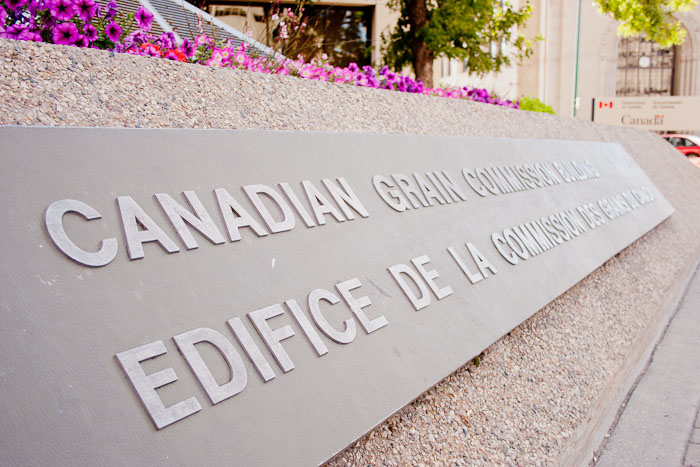 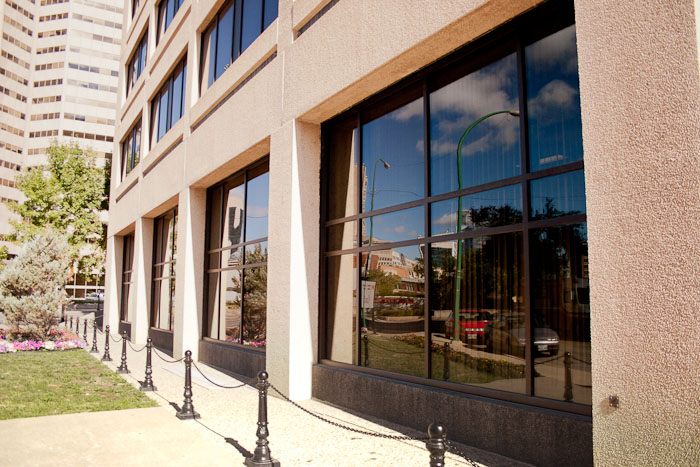 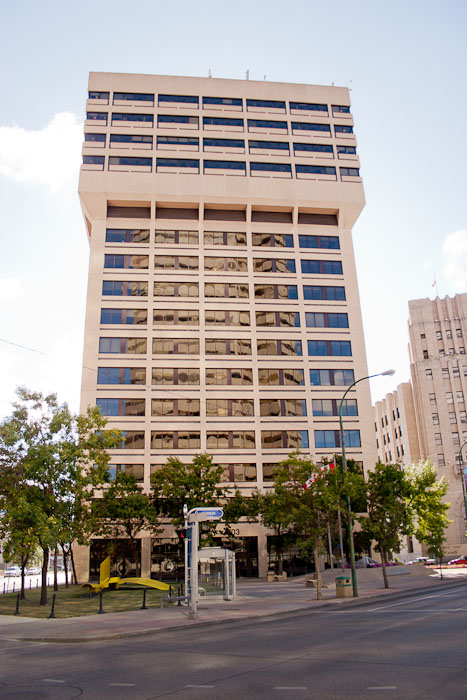 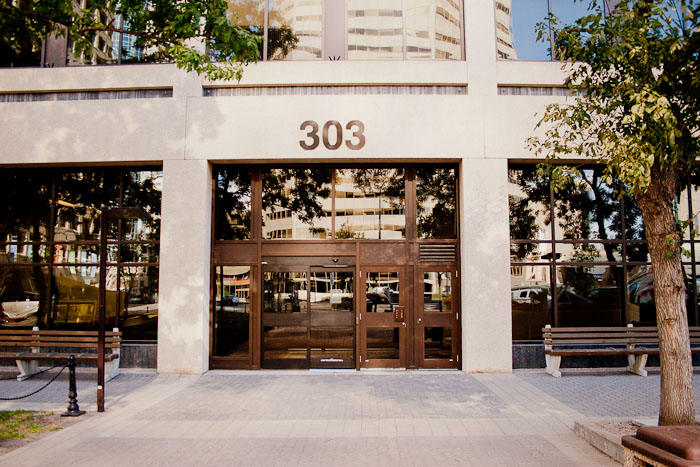 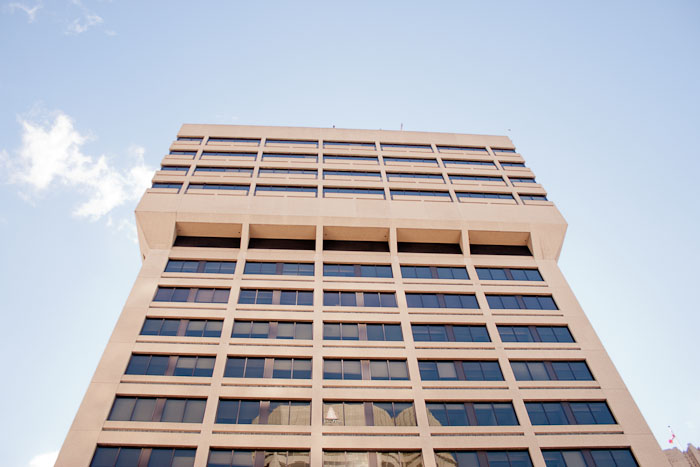 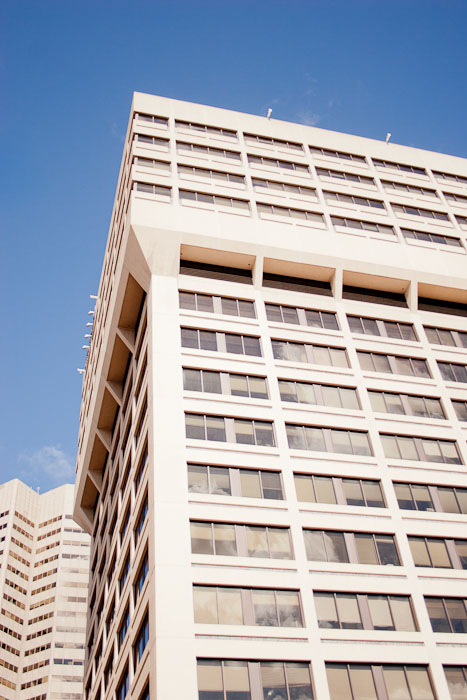 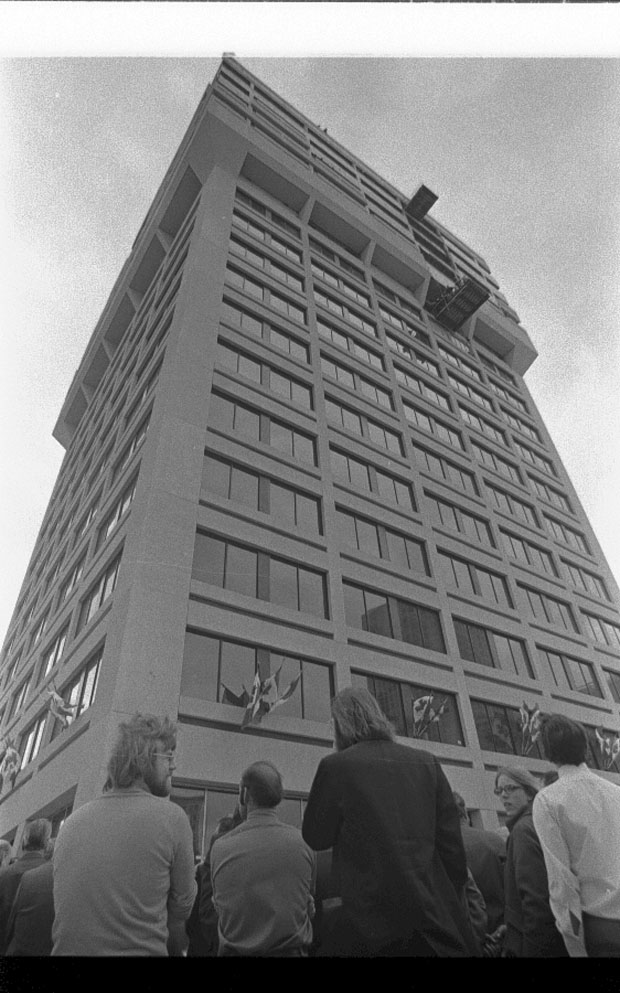 This structure was built to house the Canadian Grain Commission, the federal agency responsible for the regulation of the grain inspection industry, and the Canadian International Grains Institute. The building is a notable example of a Canadian skyscraper displaying Brutalist elements.

These elements include the use of precast concrete (mixed with Manitoba limestone aggregate) and the building's top-heavy silhouette. This feature is the root of the building’s sometime nickname “the mushroom building.” The effect recalls Milan’s 1958 Torre Velasca by BBPR Architects, a notable example of the multifarious nature of post-war modernism. This detail also lends the Canadian Grain Commission office block a faint echo of a sheaf of wheat. Another unusual feature related to this approach is the building’s “extended cap,” space between the upper and lower floors for housing specialized mechanical equipment used to transport grain to an upper-level flour mill and test brewery.

Of this work architect Ernest Smith said: “Mixing two different functions in a vertical building is difficult. Normally construction would be separated horizontally. In this case, we worked out two separate modules for offices and lab space, [and] found we needed greater depth in the lab and rationalised the present form.”

At the time of construction, moving the Grain Commission into this new building and out of smaller quarters in the Exchange District Grain Exchange Building was seen as “an important symbolic step in re-establishing the prestige and credibility of the Commission.” Other federal organizations have had space in the building over the years, including the departments of agriculture, labour, health and welfare, Consumer and Corporate Affairs, the Secretary of State and the Court of Canadian Citizenship.

The Canadian Grain Commission building has an aesthetic relationship with the neighbouring Depression-era Federal Building, located to the south across William Stephenson Way. This connection is manifested in effects of scale as well as in a similarity of colour and tone.

Notably, the sculpture in the building’s plaza, Number One Northern by John Nugent, was considered controversial when installed in 1976, and was removed in 1978. It was later reinstalled in 1997.