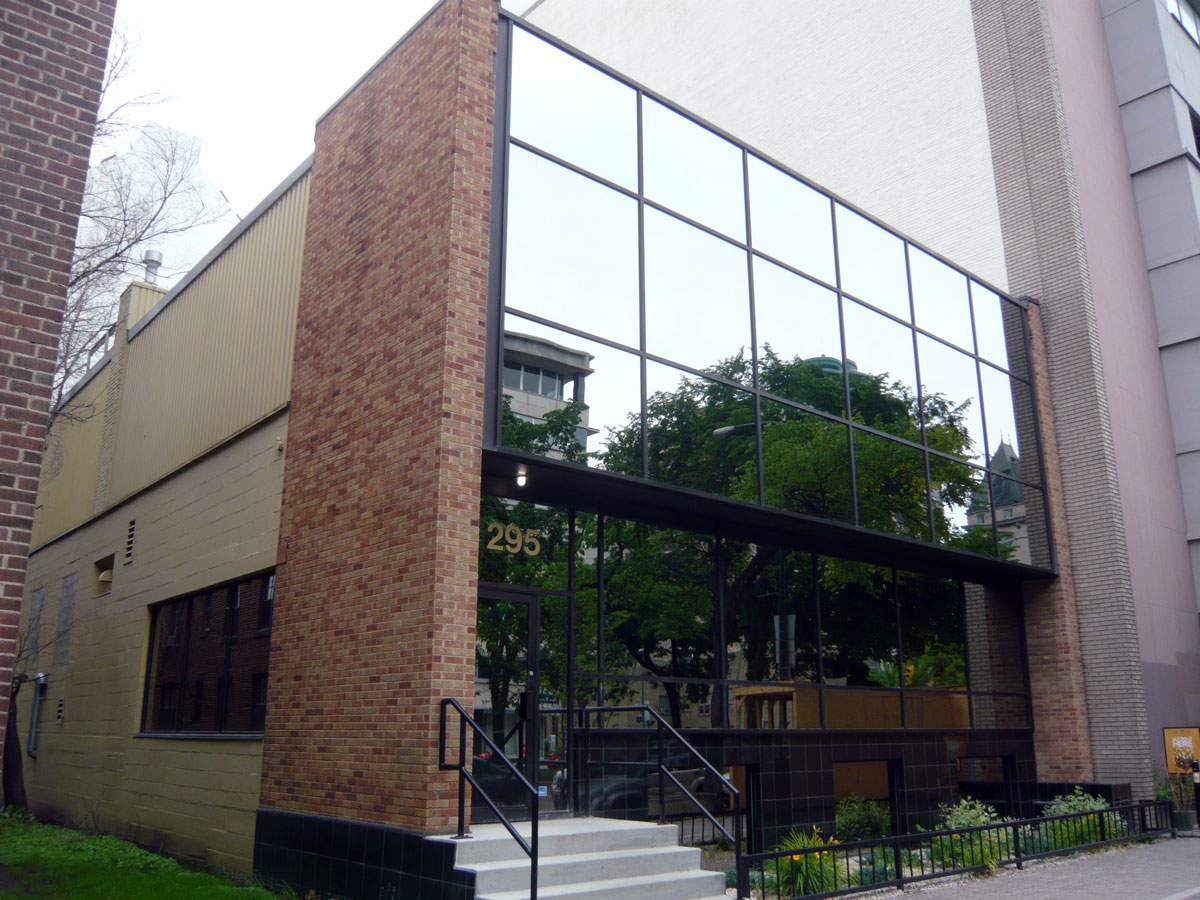 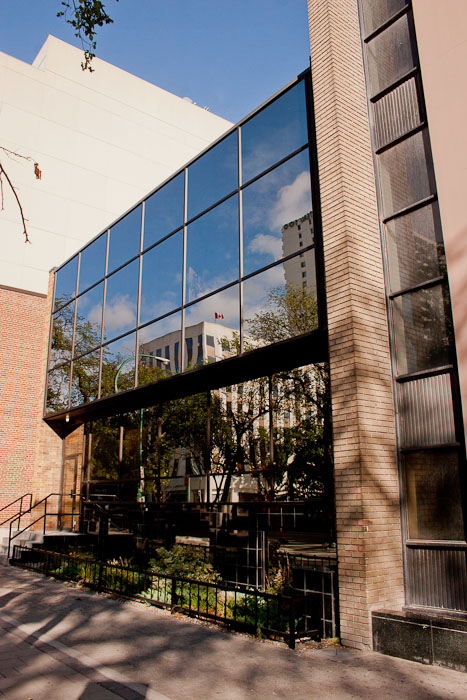 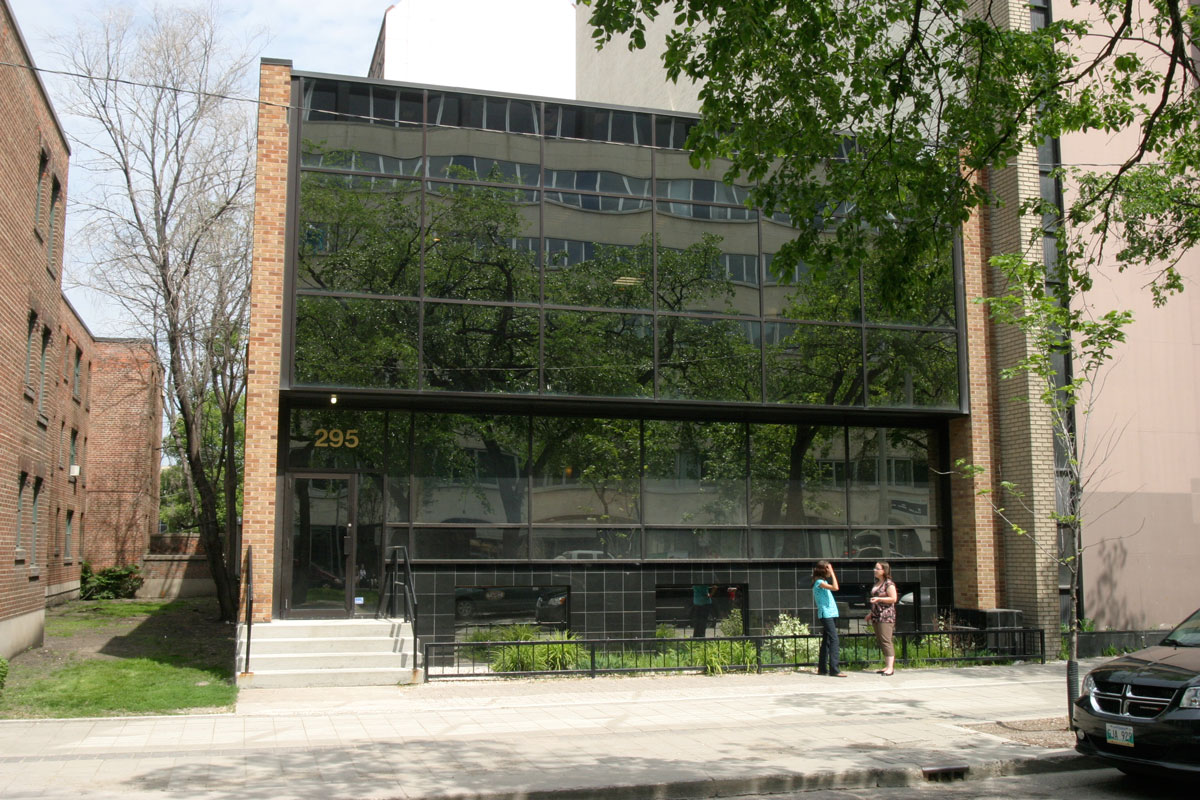 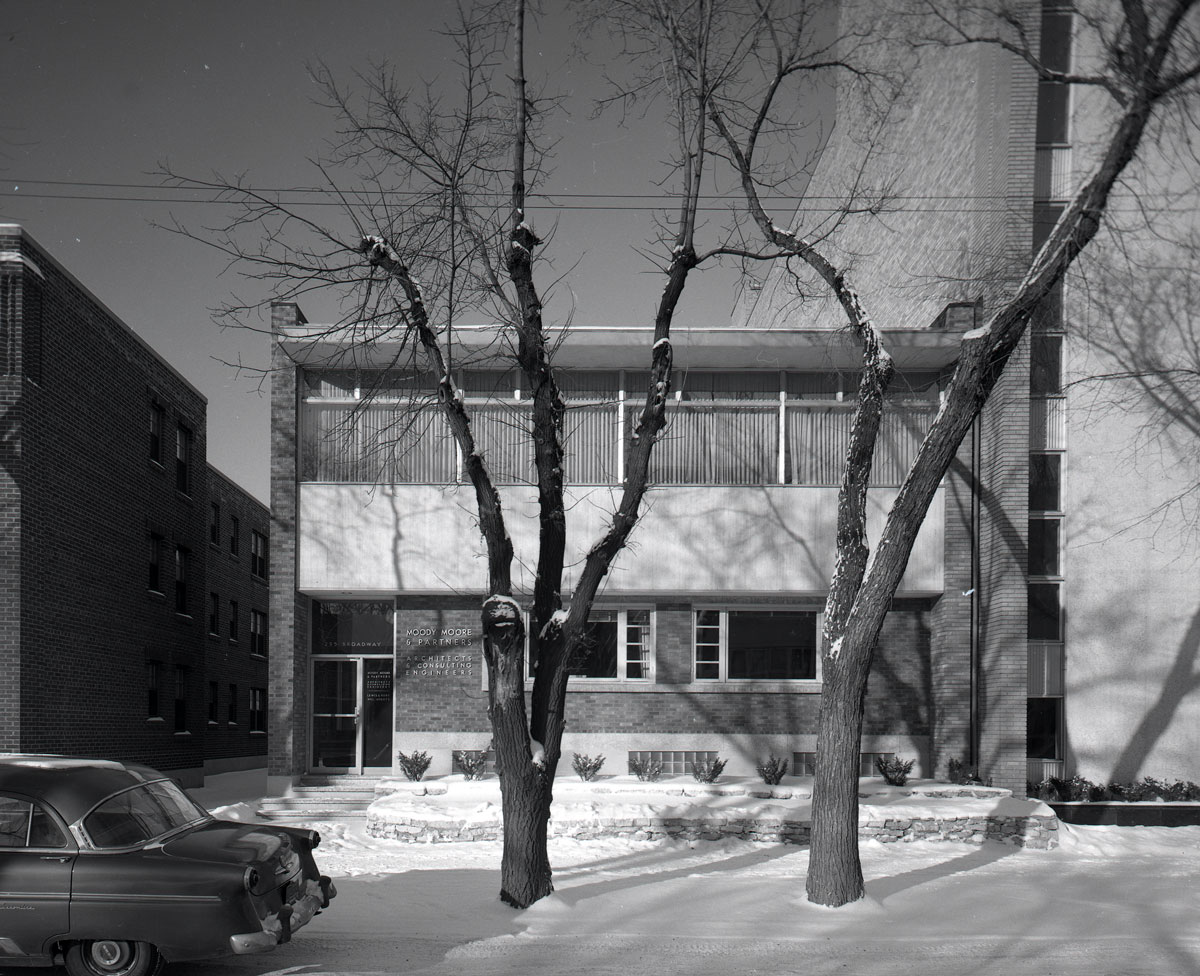 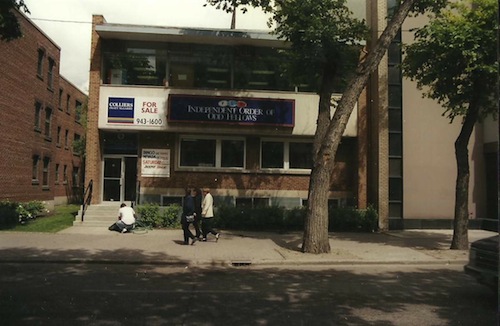 Prior to constructing their new head office at this location in 1948, the offices of Moody and Moore Architects were located nearby at 282 Main Street. Partner Robert Moore had purchased several properties along the north side of Broadway in the 1940s, and played an active role as the developer of a number of major projects. The physical evolution and expansion of the Moody and Moore offices in the years following construction, foreshadows the impending development of Broadway as the commercial and financial center of the city.

In 1948, G. A. Baert (Baert Construction) built the original brick single-storey office, which was low, angular and modern looking, despite its use of traditional materials. The new building had two well-lit offices across the front, (to accommodate the architectural partners), a side entrance and a raised basement with large glass block windows. The demand for more space resulted in additions to the building in 1949, 1953 and 1957. These additions included expansion to the rear and a second storey.

Window and wall treatments have been altered over the years so that the essential look of the 1948 building has been changed. Wedged as it is between an older apartment and an office building to the east (also a Moody and Moore design), it is probably only the smallness of the site which has saved the building.

In 1984, Moody and Moore moved to a larger space at 120 Fort Street. While the firm and the office space on Broadway were small in scale, some of the most significant designs of modern Winnipeg were produced from those tightly fitted drafting tables.