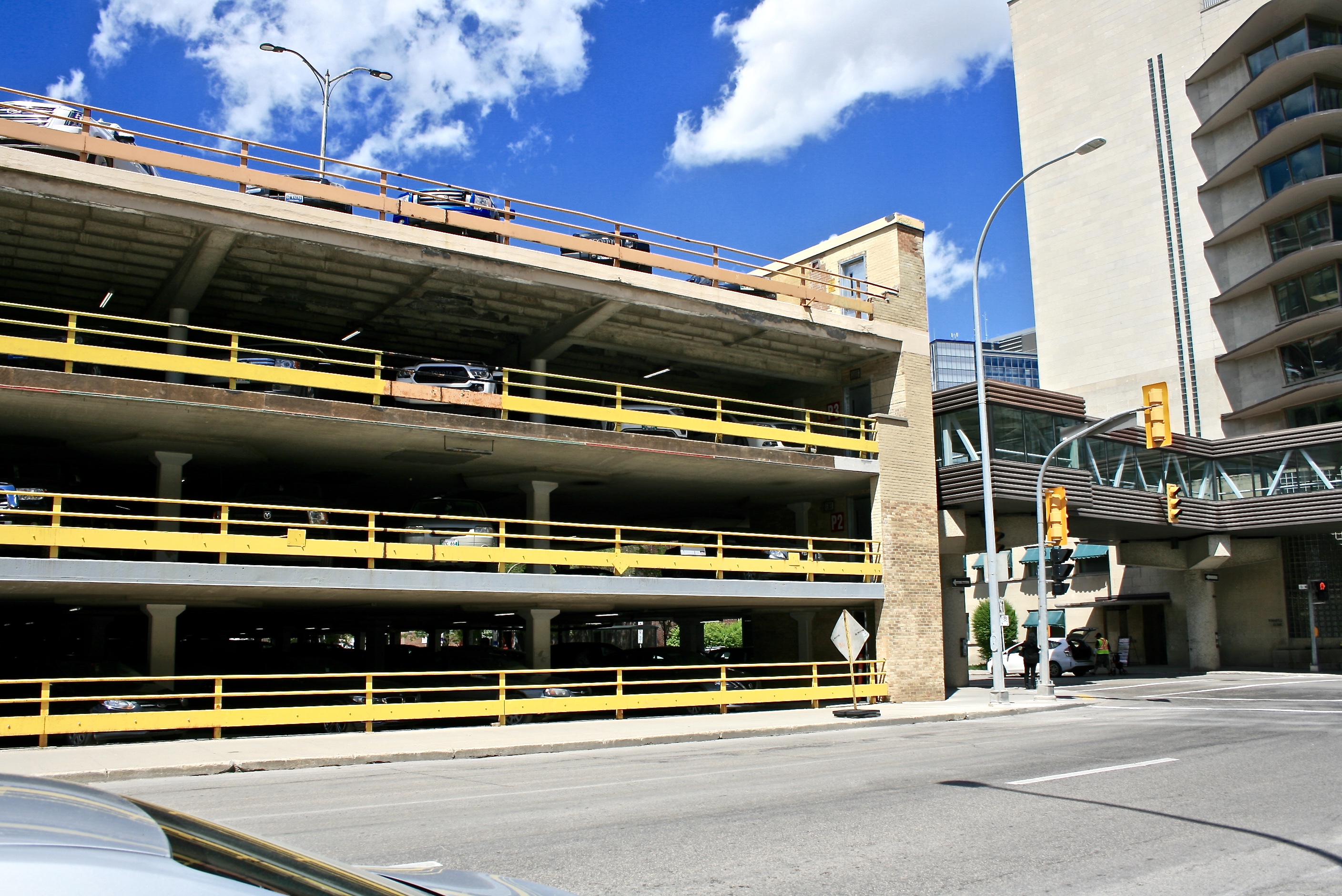 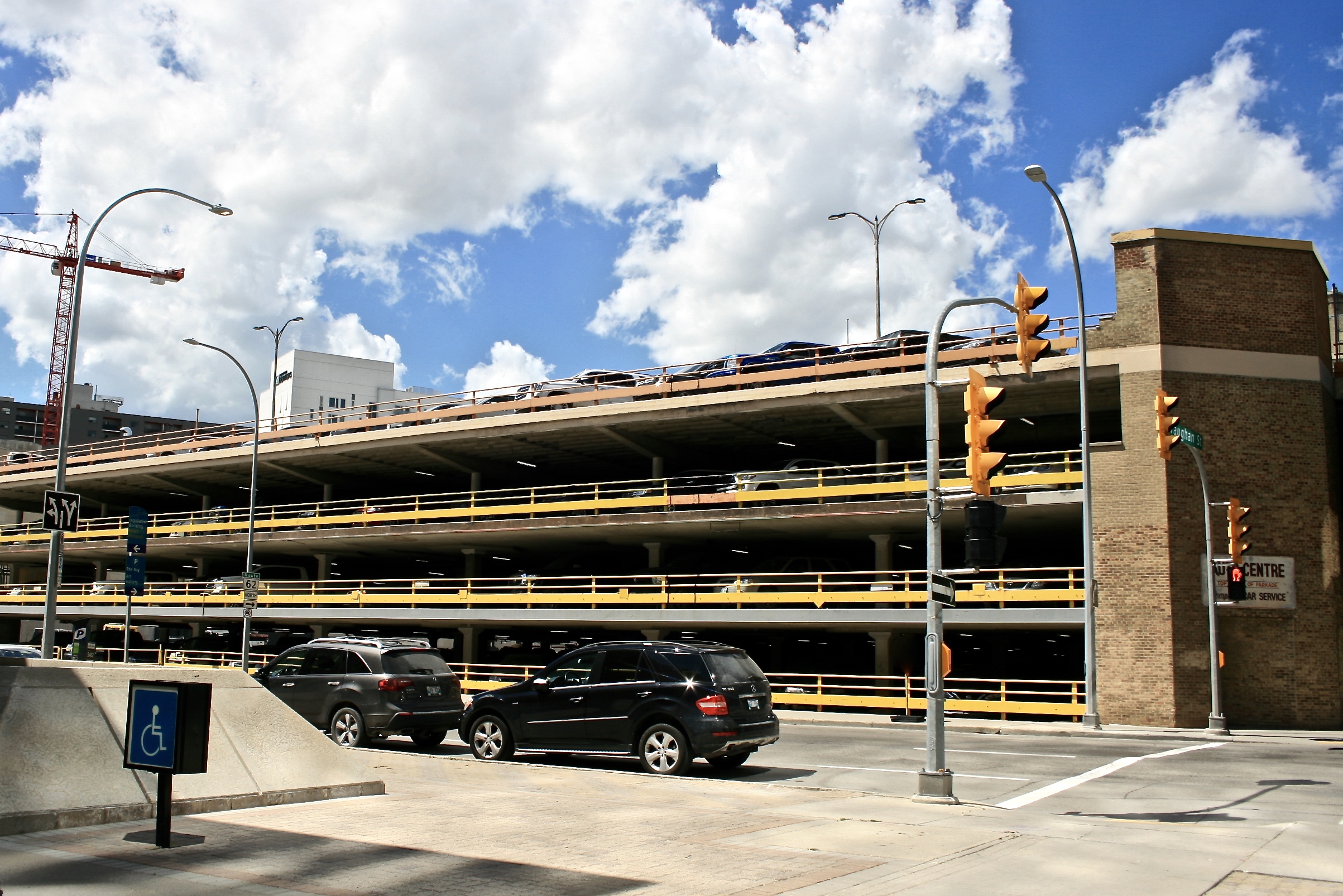 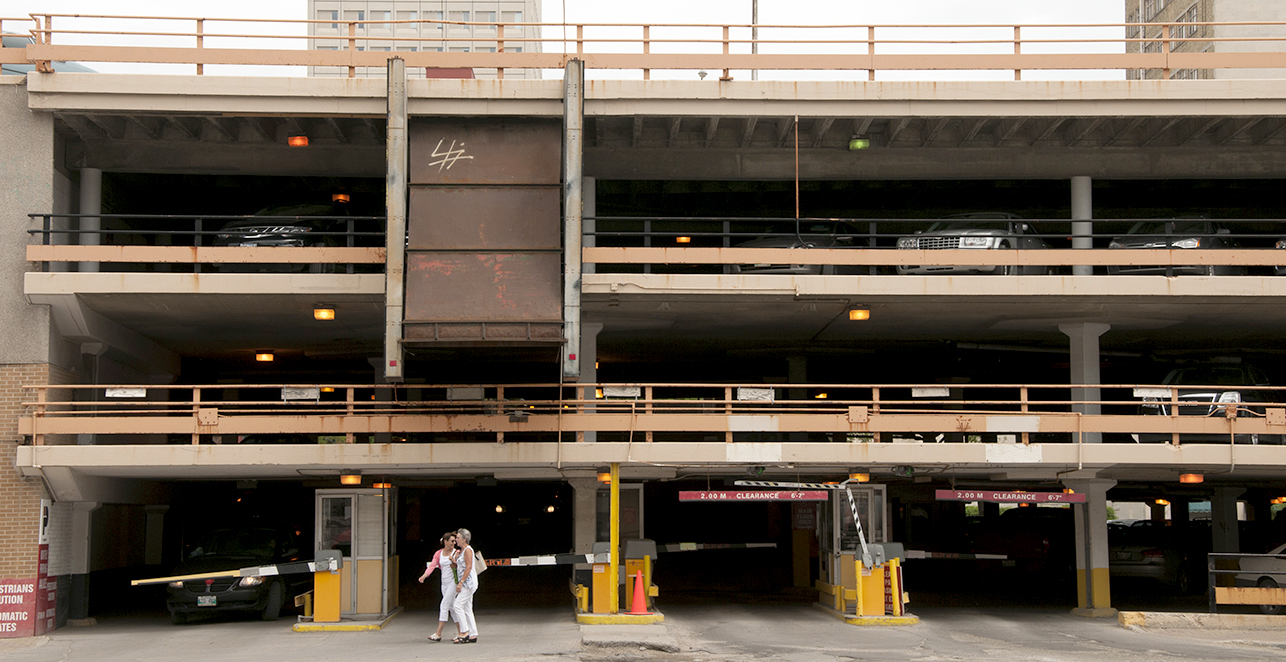 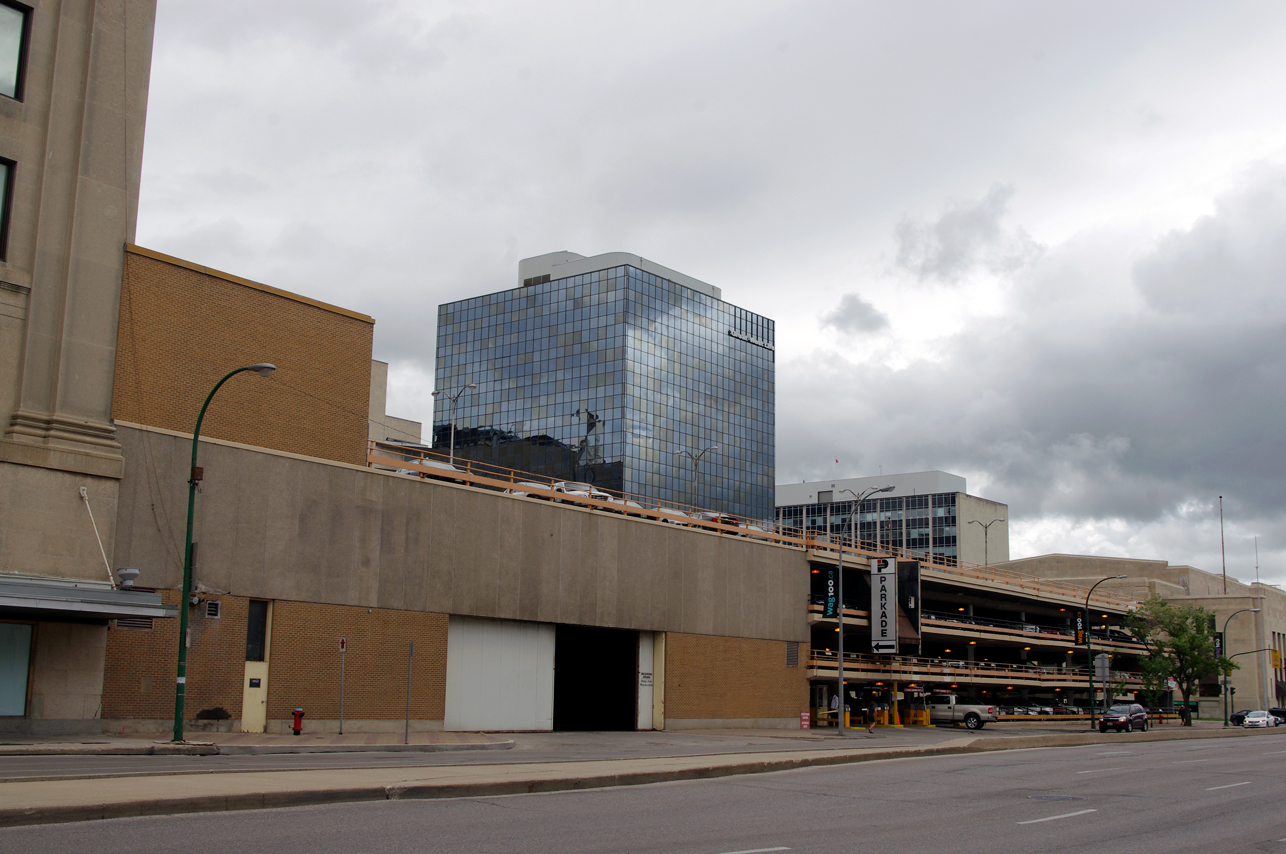 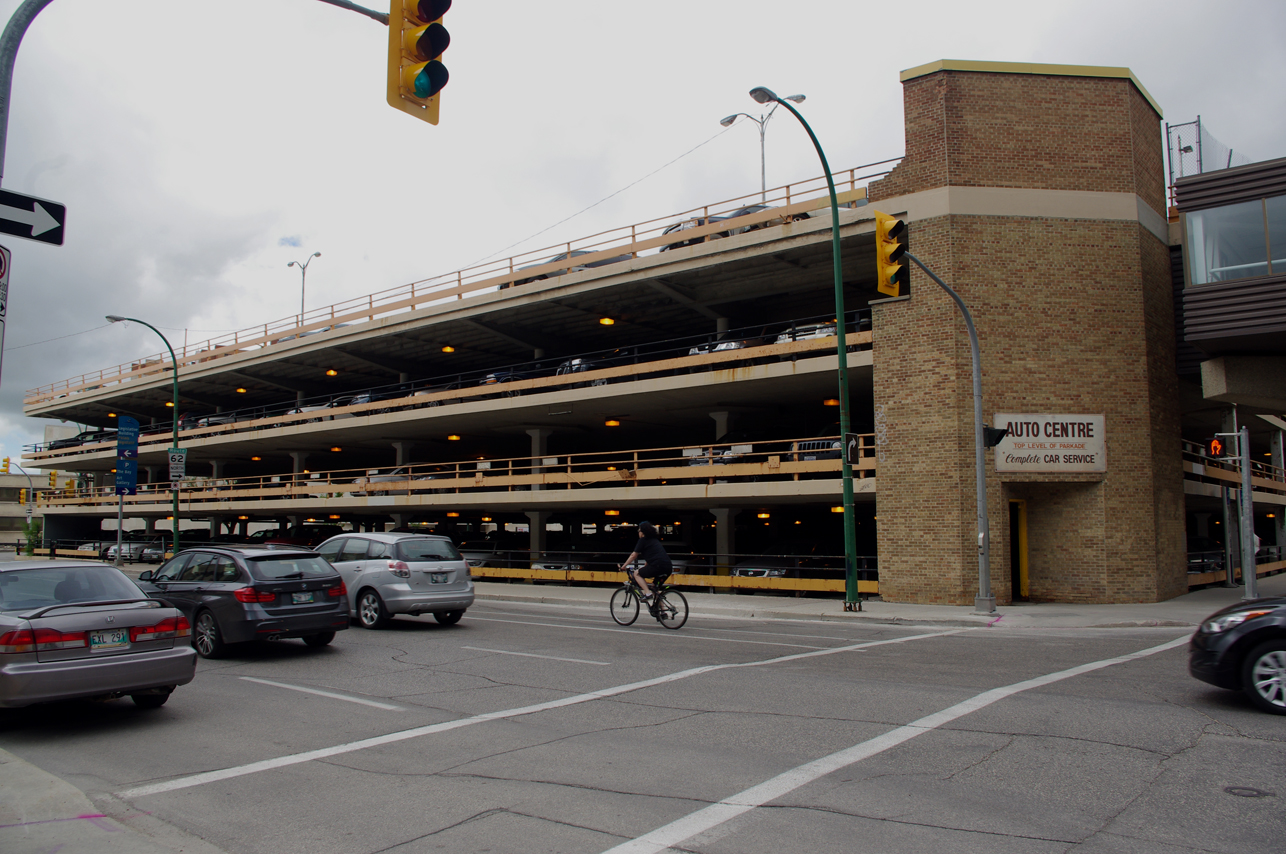 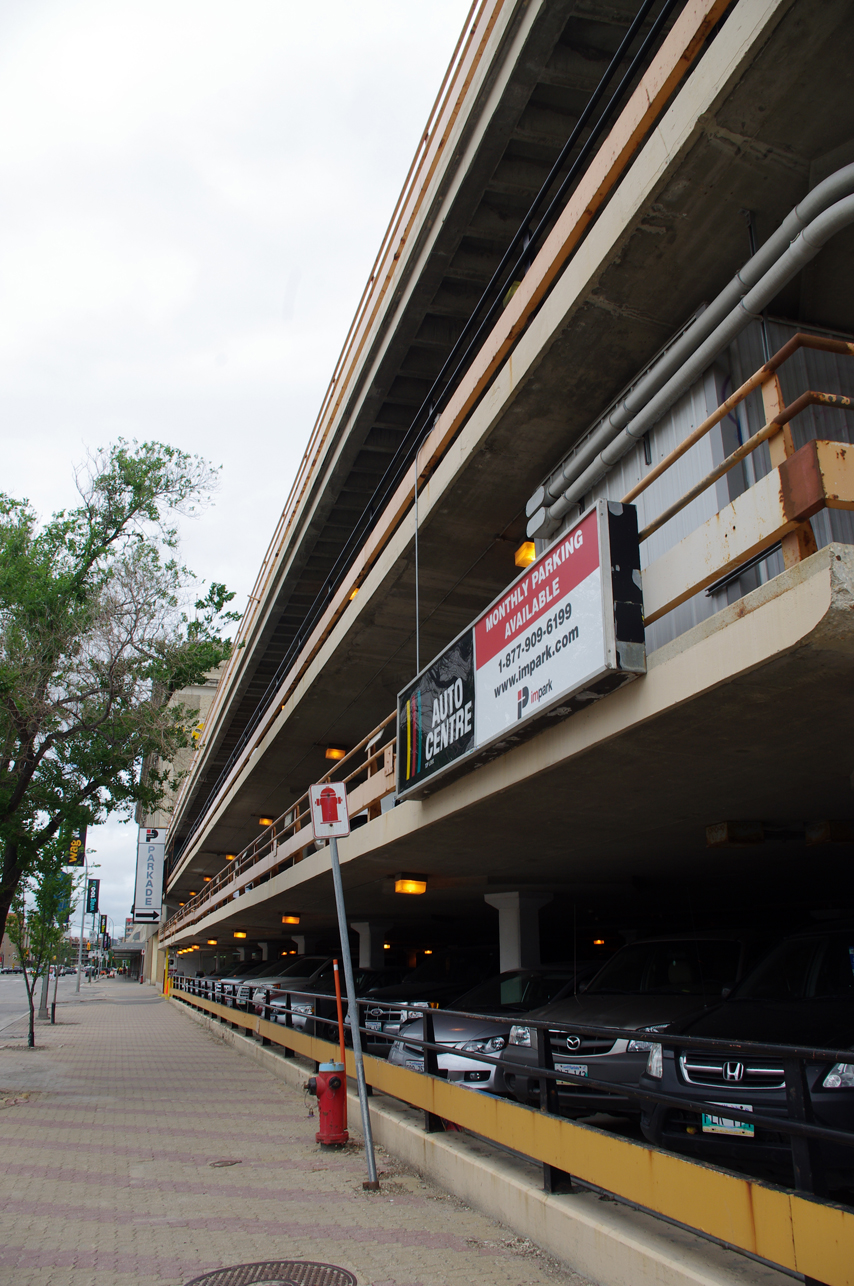 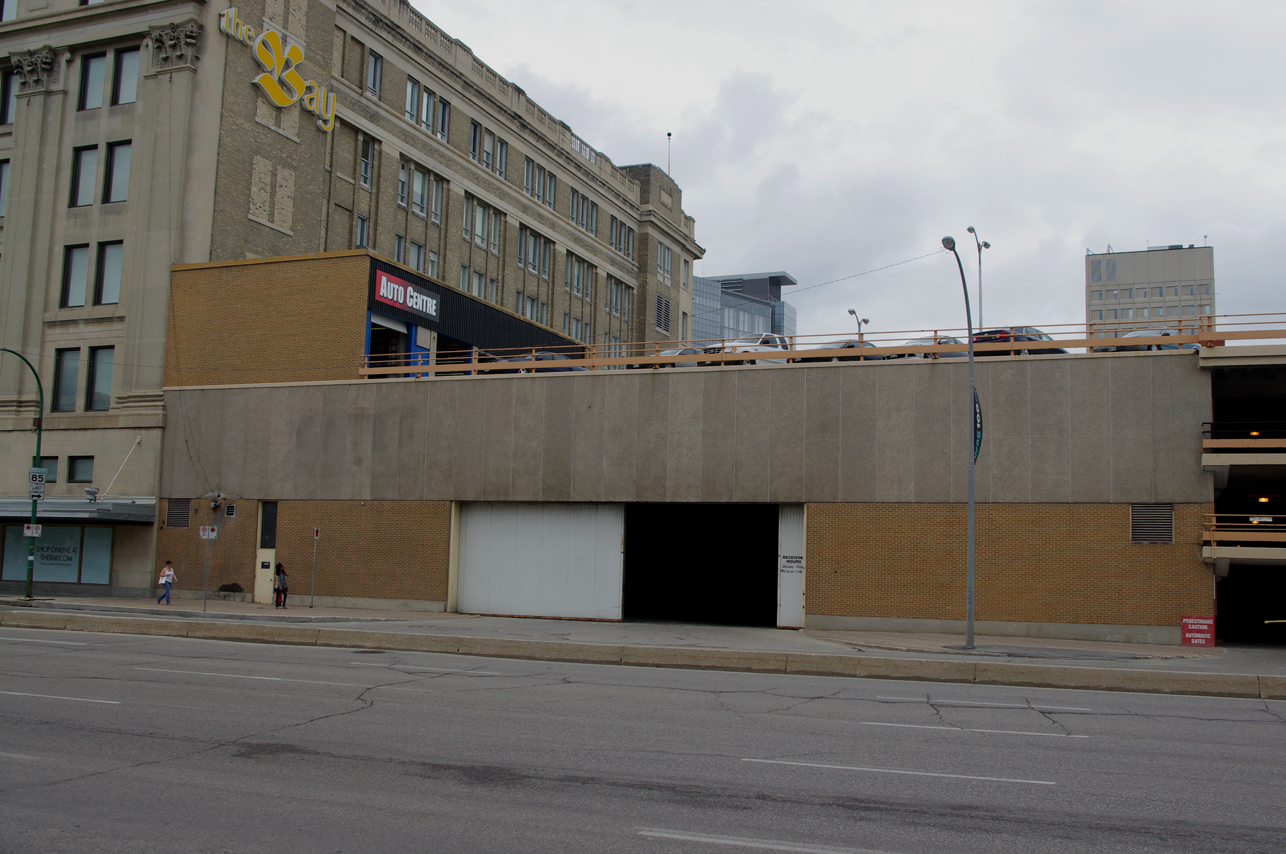 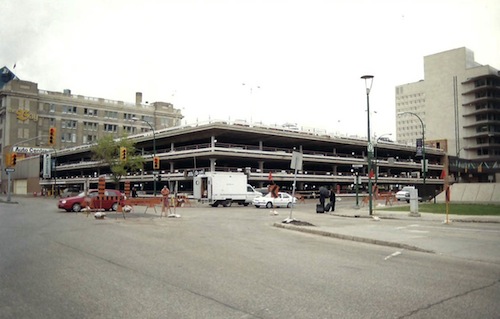 In contrast to the Beaux Arts monumental design of the 1925 department store, the Hudson’s Bay Company hired local architectural firm Moody Moore and Associates to design the large modern parkade at 285 Memorial Boulevard in 1954. Moody Moore worked alongside two engineering consultancy firms from Detroit: Smith, Hinchman and Gryllis Inc. and National Garages Inc. Significantly, the modern design Hudson’s Bay Company Parkade represents the evolution of Canada’s oldest retailer responding to the needs of a changing market. Employing Pozzolith, the latest in salt-resistant concrete and steel in an open plan by American specialist firms, the parkade was originally built as two levels, one being the broad deck. Expansion occurred the following year (1955) to three decks for a total parking capacity of 650 cars. It wasn't until 1964 that the final love of the parkade was added, bringing it up to its current size. When finished the parkade claimed to provide parking for up to 800 cars.

The structure was billed as “something Winnipeg has never seen before.” The day before the opening, illustrated instructions on how to properly use the parkade appeared in the Winnipeg Free Press. Connected to the store on its upper levels, the parkade also covered a reworked receiving dock on the ground floor and featured an automobile service garage on the fourth level. Vehicular access to its entrance and ramps are from Memorial Boulevard on the west side. In 1980 the parkade was linked to the Winnipeg Clinic skywalk by the Bay parkade’s enclosed staircases. In 1987, the Bay sold the parkade to a private parking company. Renovations occurred five years after this sale, the parkade currently claims parkings spots for up to 750 vehicles and sells spaces to those living and working Downtown.