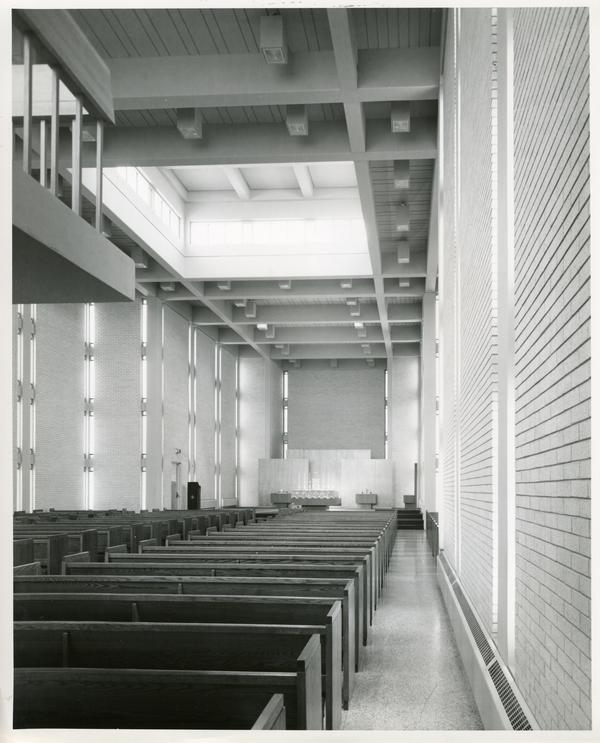 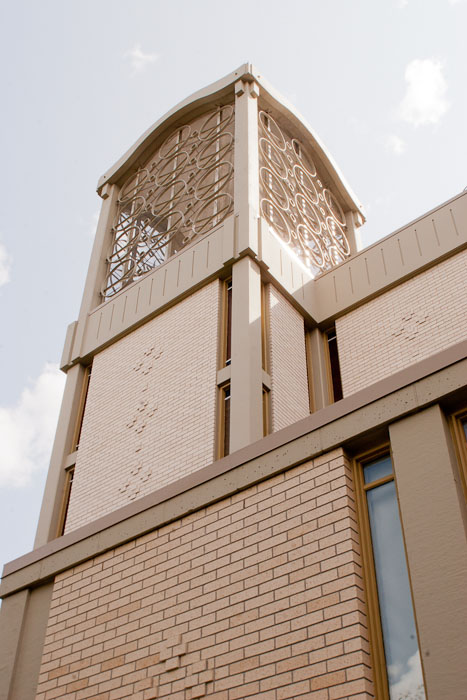 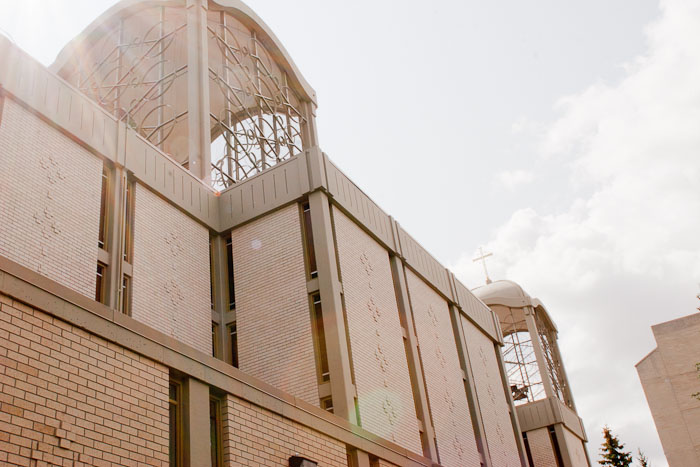 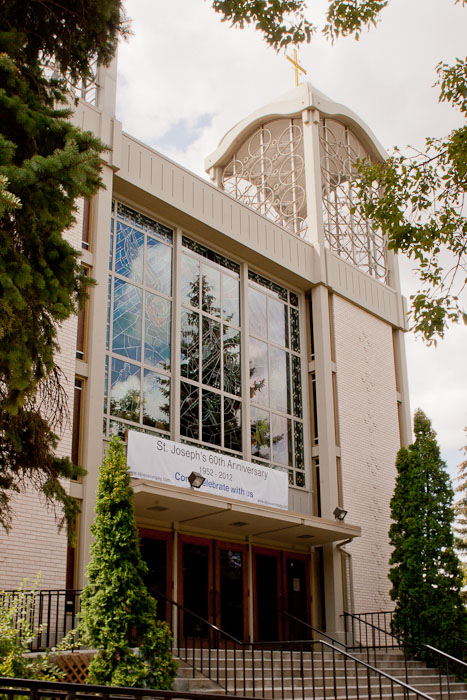 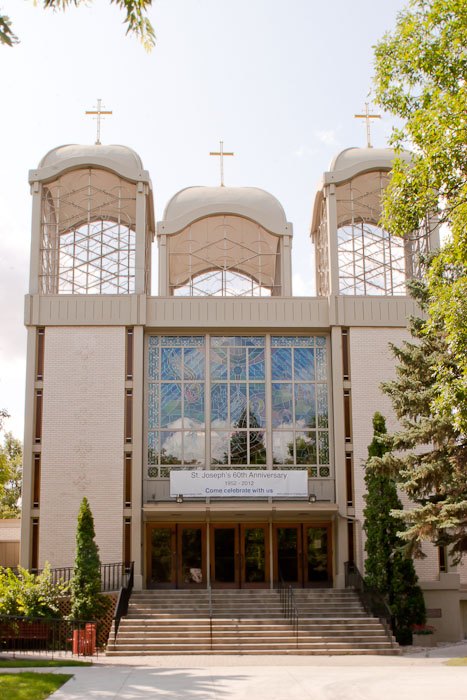 St. Joseph’s Ukrainian Catholic Church officially opened in December of 1963 on a parcel of land purchased in 1954 and located on Jefferson Avenue at Main Street in Winnipeg’s West Kildonan neighborhood. Not uncommon for this period, the building’s construction was approached in phases to allow for adequate fundraising and design development. The first phase of construction - -the basement -- was designed in a modified Greek cross plan, by architect Alex Nitchuk. Services were held in the basement until construction began on the superstructure in 1962.

Led by architect and University of Manitoba professor Radoslav Zuk, with associate architect A. H. Hanna of Winnipeg’s Number Ten Architectural Group, the design of St. Joseph’s is rectilinear, and notably uncluttered and regimented in form. The church contains both traditional Byzantine and modern referents, most notable on the roof which presents five crosses astride five modern domes of pre-cast concrete, each supported by delicate, fine-grilled, anodized aluminum screens.

The structure’s walls, inside and out, are constructed entirely of brick, a conscientious decision to eschew decorative flourishes. Pews of red oak sit on terrazzo flooring. In addition to being illuminated by small rectangular apertures filled with orange coloured glass running along the east and west walls, and modest glazing of red glass on the south side, light enters the interior from a glazed oculus located at the pinnacle of the central dome.