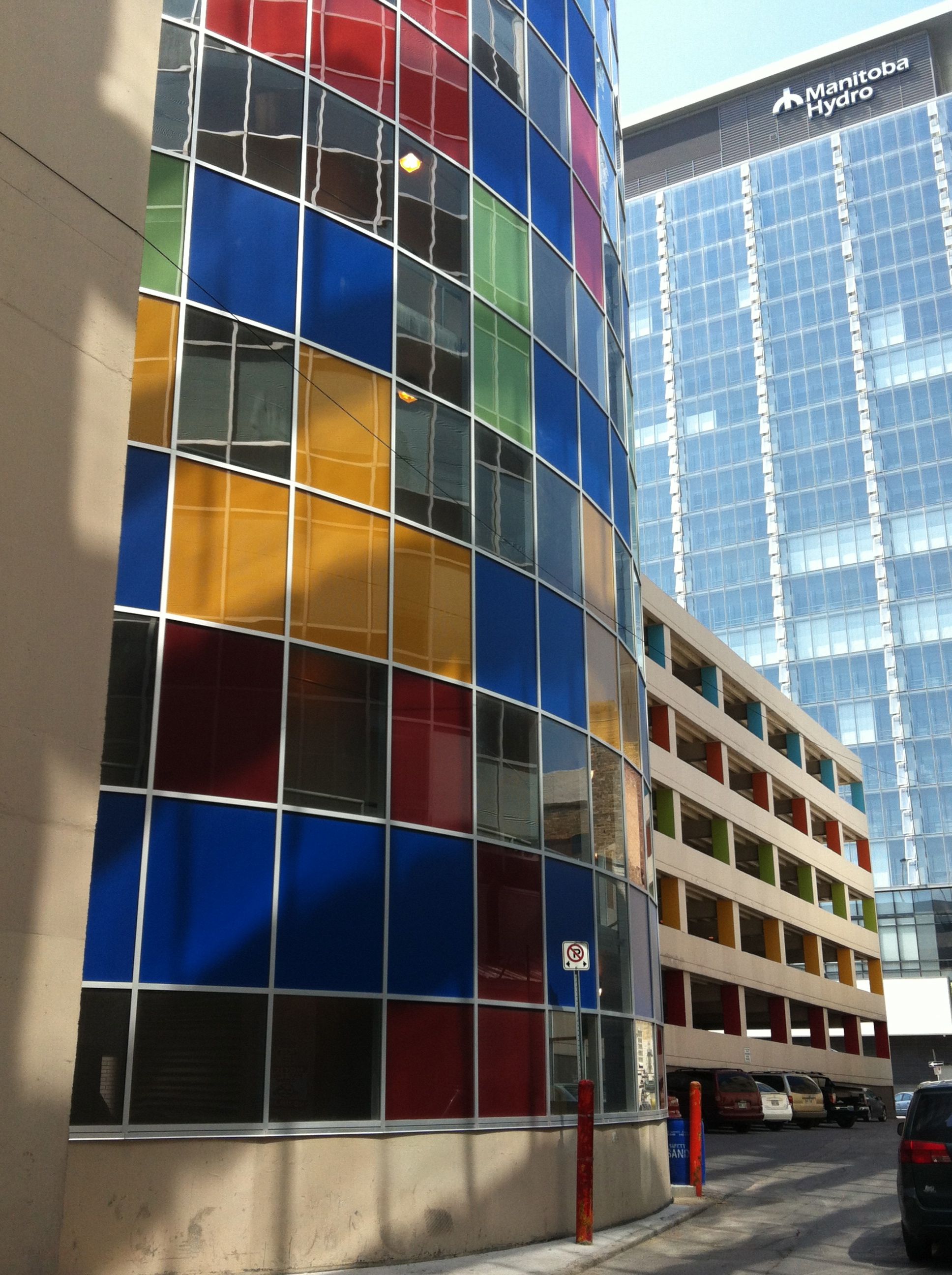 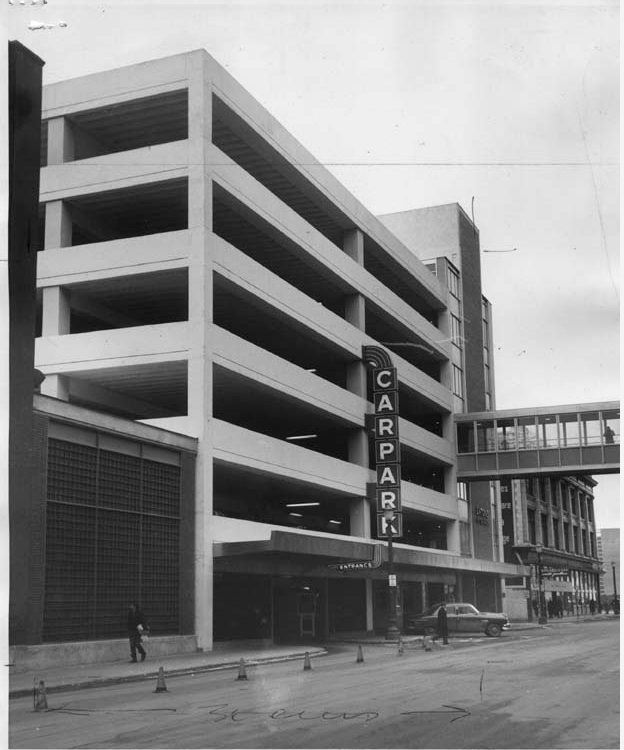 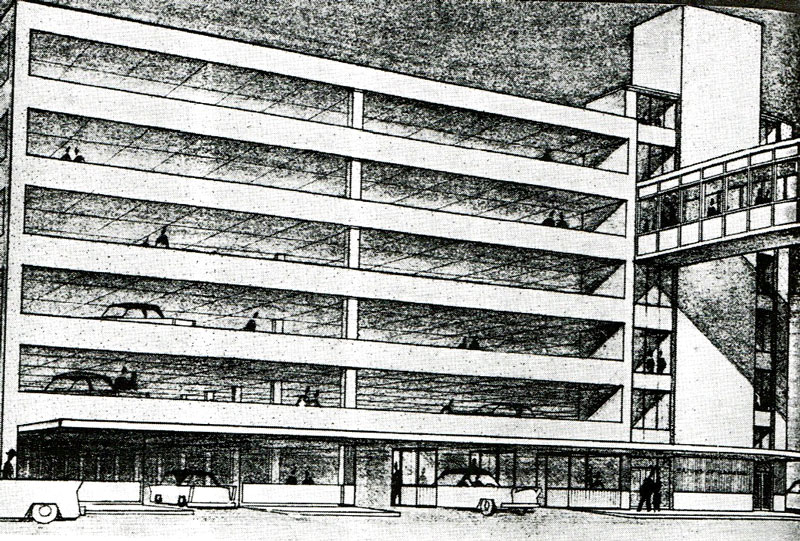 By the early 1950s, parking downtown had become a growing problem. As a result, the T. Eaton Company commissioned architects Moody and Moore to design a parking structure at 250 Hargrave Street. The parkade, which was developed from 1956 -1957, was specially commissioned to make the most efficient use of a modestly-scaled site.

From Hargrave Street (one-way northbound), cars entered at ground level onto the concrete parking deck and zig-zagged back and forth, with two decks on each level. Each level rose five feet 6 inches. The continuous stretch is 2900 feet. At the end of each storey (each of two split levels) was a ramp to a spiral exit on the north side of the garage, which exited cars at ground level and continued for those in the sub-grade parking levels and for parcel pick-up. The spiral exit, with walls of rough-cast glass, is a continuous concrete cylinder without beams, 70 feet high with a radius of 38 feet. Adjacent to the exit spiral are the staircase and elevator, faced with a panel of red brick, which tied the structure visually to the now demolished Eaton's building. Because the parking decks are open, snow removal had to be addressed with a chute that feeds snow cleared from each level to a waiting dump truck.

Dominion Bridge Co. fashioned the bridge in one piece, which was lifted by twin cranes. Weighing 15 tons, the bridge is made of steel girders, faced with porcelain enamel panels to four feet, then continues with wired Solex glass set in aluminum. The wall span aluminum members were constructed by the Cowin and Company, reinforced concrete engineers, who constructed the supports and foundations. Its construction and installation techniques were noted by Western Construction and Building trade journal as the first of its kind in Canada.