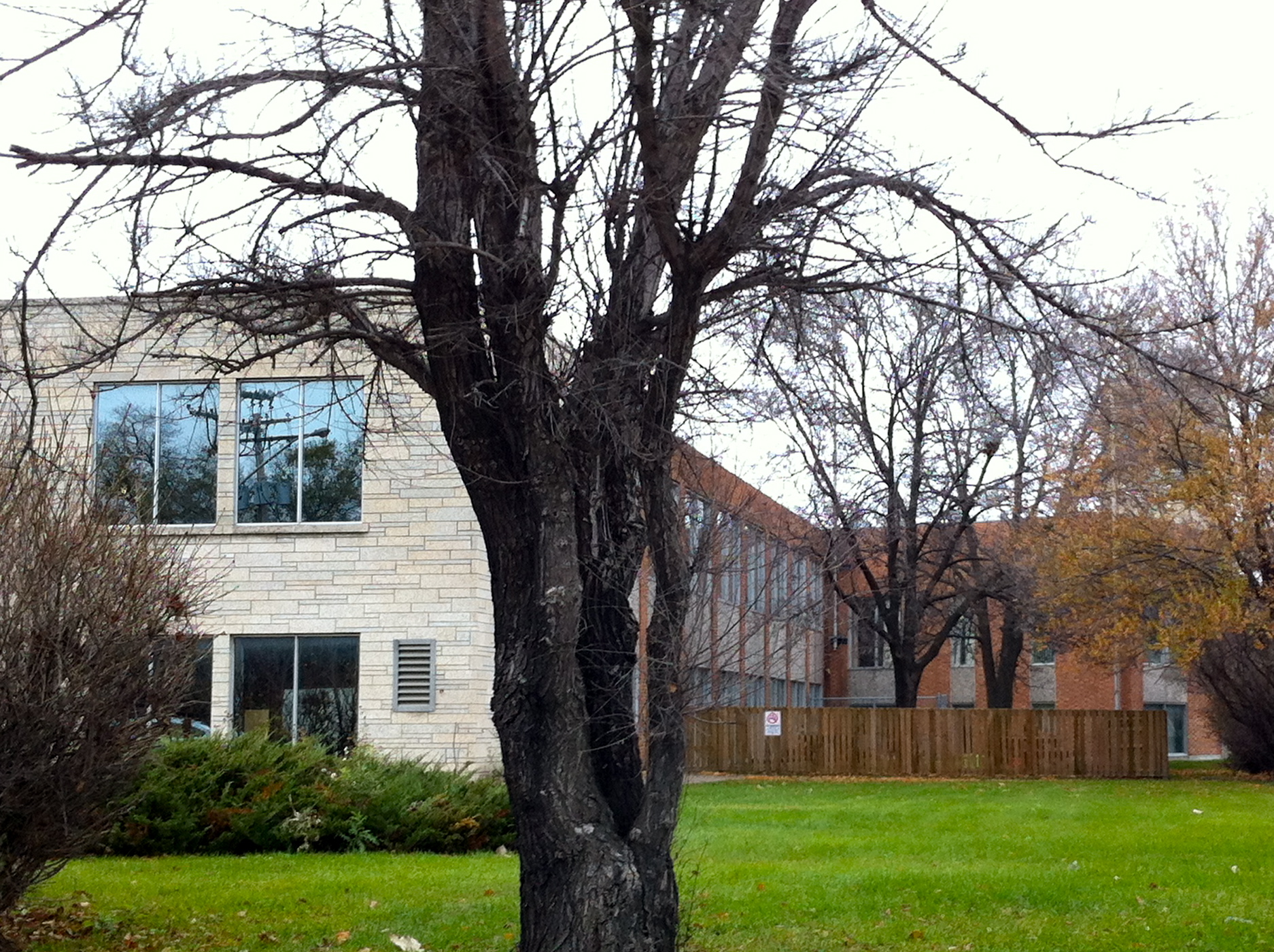 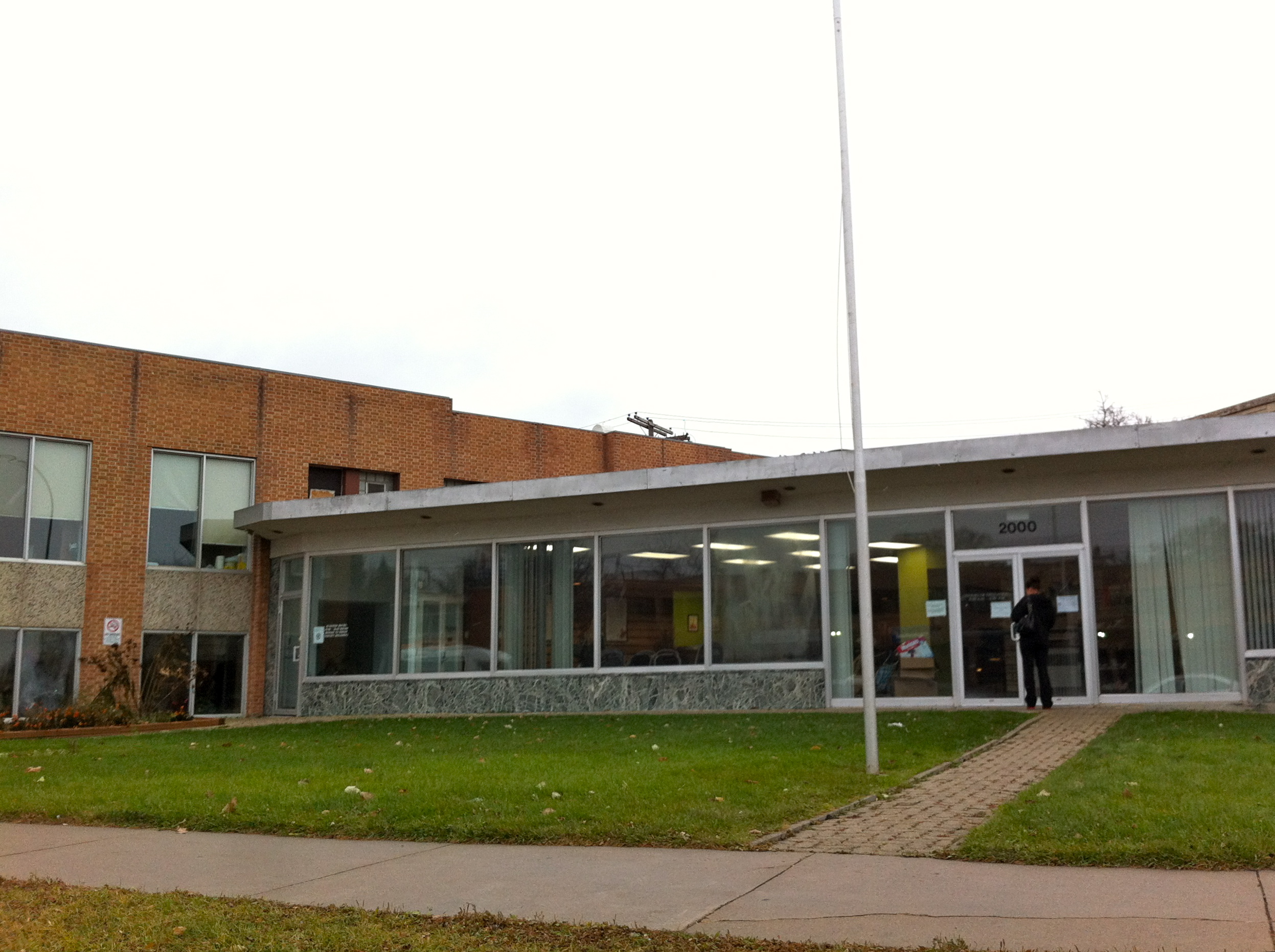 2000 Portage Avenue, as it exists today, was built as the City Hall of St. James. The building was opened 25 July 1956 with a ceremony that included a parade, concurrent with the Municipality being named a city. The building was erected from the basement of an abandoned residential block; the St. James municipal offices had been housed on this site since the 1940s.

The new structure was constructed to house Council Chambers, Administration Offices, School Board Offices, a Board Room and the city’s Civic Health Centre. The civic government had formerly been housed in a red brick school from 1913, that became St. James High School and which had burned down in the 1940s.

2000 Portage Avenue is T-shaped in plan, with a a taller section perpendicular to Portage Avenue jutting above and out from a broader section which is parallel to and set back from the street. This loftier portion is ornamented with a tall, slender fin-wall which abuts the sidewalk, which serves as a clock tower. This area and a large, highly glazed, section of the north facade at the west end are clad largely in smooth Manitoba Tyndall stone, lending a sense of elegance. This feeling is enhanced by the complimentary use of deep green marble sheeting. In this area, a sense of planar dynamism is enhanced by the juxtaposition of forms and angles, contributing a feeling of momentum. This suits the forward-looking motto of the city.

With the naming of St. James as a city, the artist and civic employee at the Civic Buildings, Mrs. Robert Matheson, designed a City crest featuring tepees, Red River carts and jets with the St. James motto “Enterprise” which was erected on the City Hall building on September 11, 1958. At a later date this was moved to nearby Bruce Park. Some anterior sections 2000 Portage Avenue may have existed prior to the 1956 construction project and might have been incorporated into the newer design.