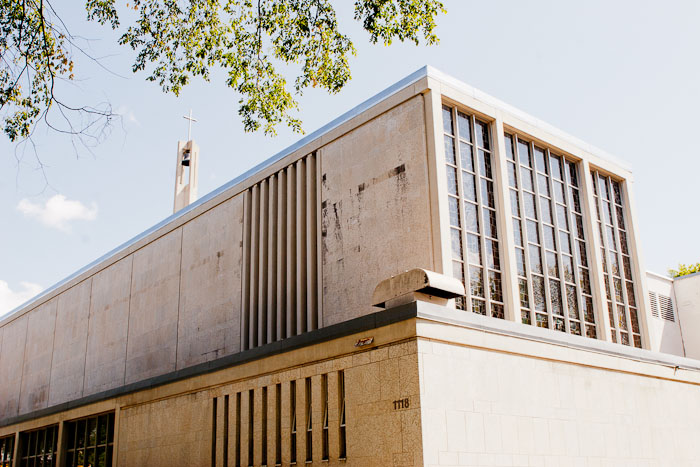 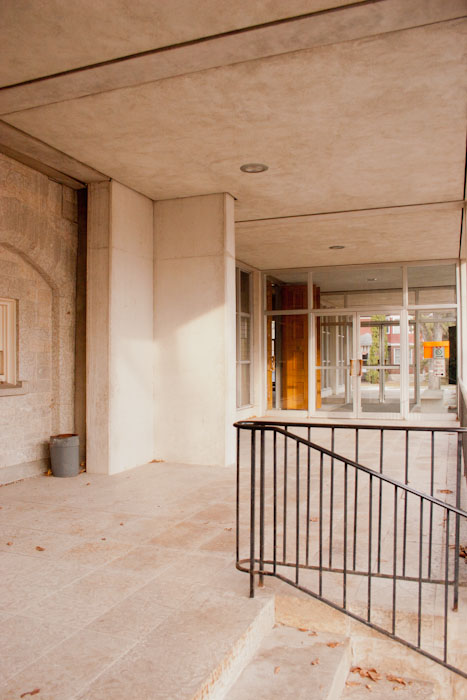 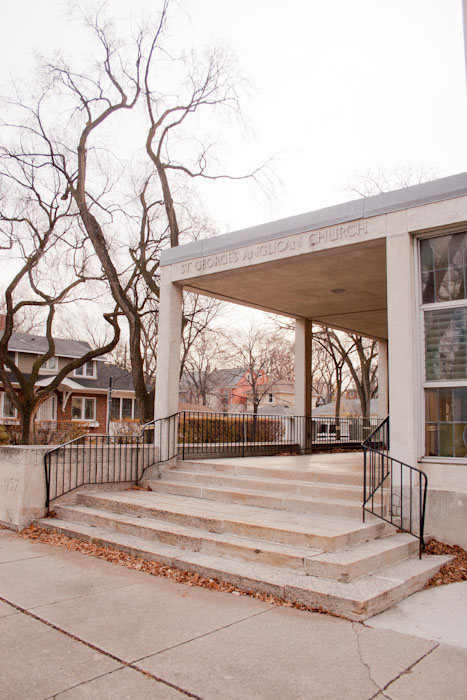 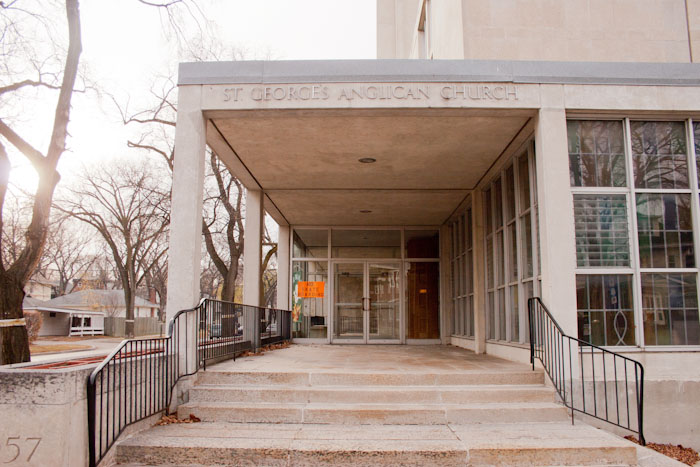 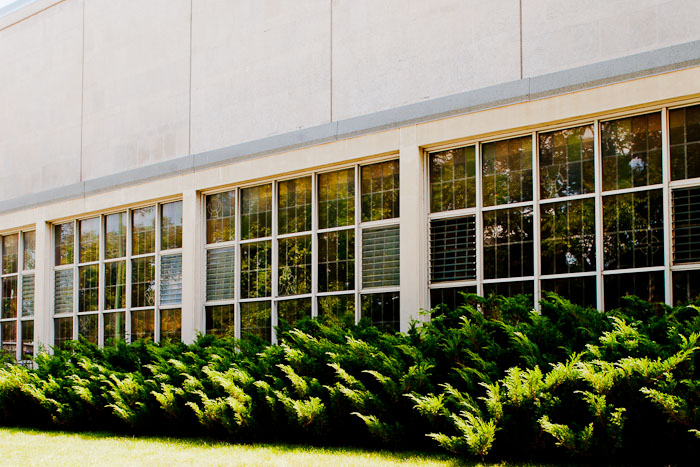 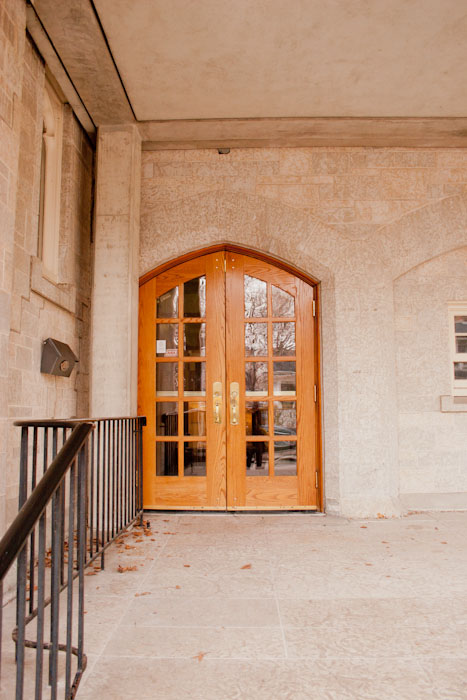 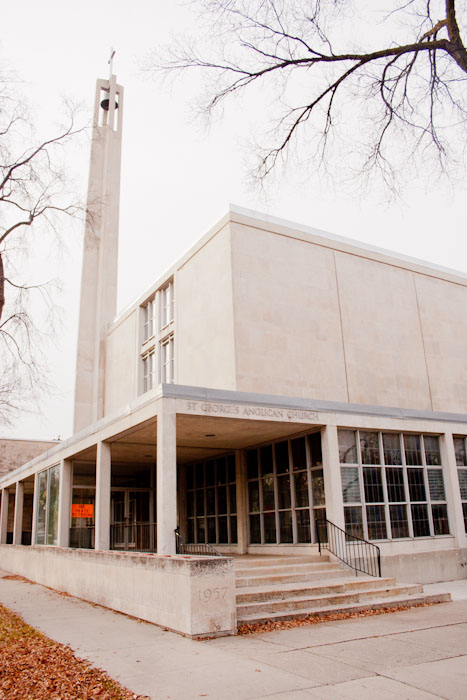 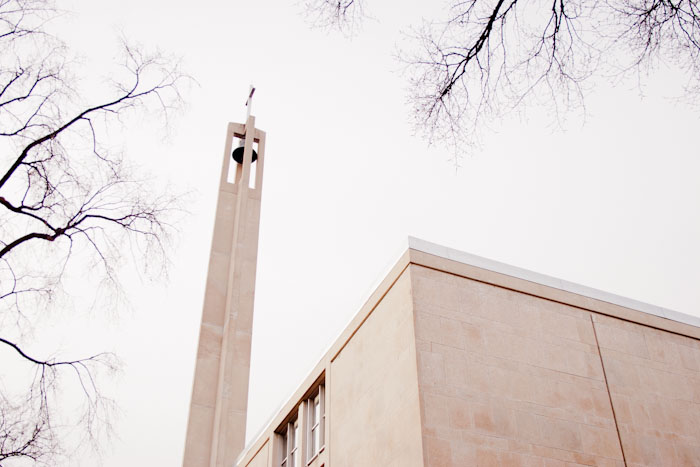 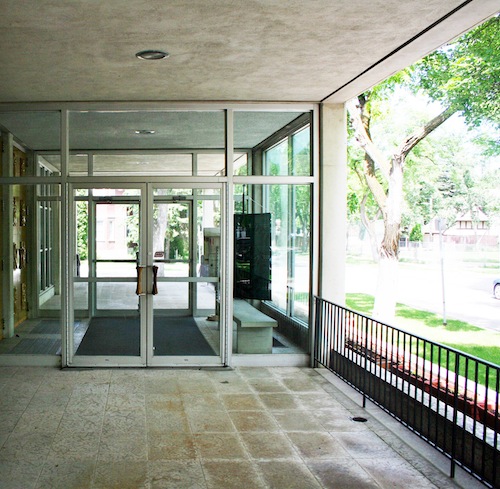 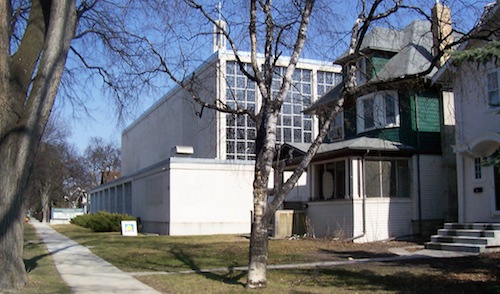 Located in the residential neighborhood of Crescentwood, St. George’s Anglican Church was designed by Leslie Russell of the architectural firm Green Blankstein and Russell, and constructed in 1957. The edifice is the third to be constructed at the Crescentwood site and is faced inside and out with Tyndall limestone veneer on brick. Expanses of glazing lighten the large structure and are visible from both approaches, at the entrance of Wilton Street and along the first floor projection of Grovesnor Avenue.

On the east side, the church’s plan was influenced by a shared wall with the parish hall, previously constructed by architect John Semmens in 1952. The hall is constructed of similar materials but speaks of the Tudor period, with Gothic detailing, and stands in contrast to St. George’s decidedly modern character.

The church is open plan with walls in the nave converging slightly toward the chancel. A double height sanctuary is flanked on the east by a one-storey aisle and entrance vestibule. A low relief carving on the doors was created by artist Cecil Richards and the stained glass windows on both side aisle and across the west elevation were designed by artist Leo Mol.

St. George’s Church illustrates the modern sensitivity to a structure’s site and environ. The Grovesnor Avenue facade and Wilton Street entrance both project only a single-storey, referencing the neighborhood’s characteristic front porches. Further, the height of the building was determined by the height of the neighboring homes.

Design elements of note include vertical elements on the exterior facade, which serve to break up the otherwise strong horizontal character of the structure; the flat roof and large rectangular openings, made possible through the use of structural steel and reinforced concrete; the modern entrance which breaks from the single elaborate processional entrance of historical churches.