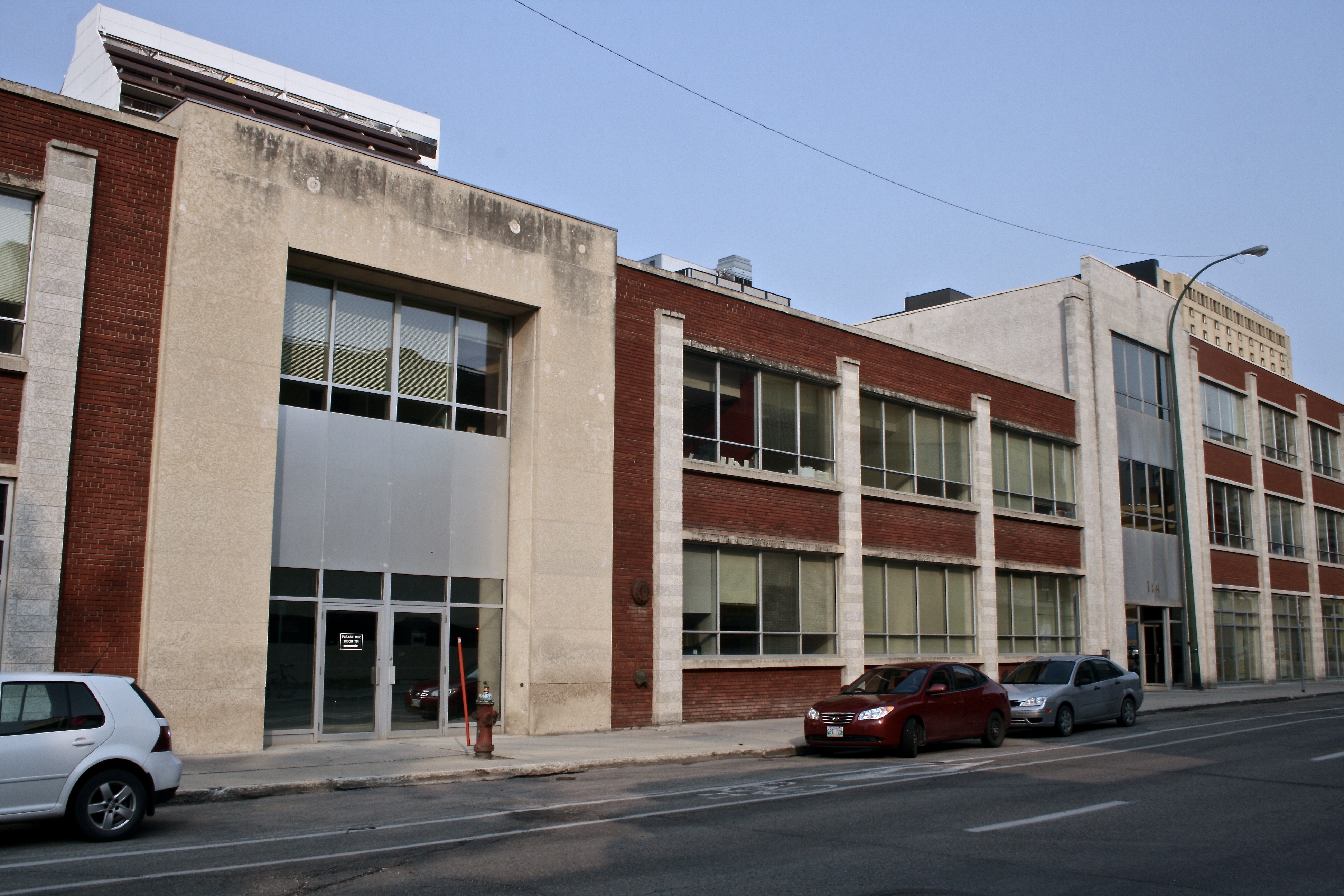 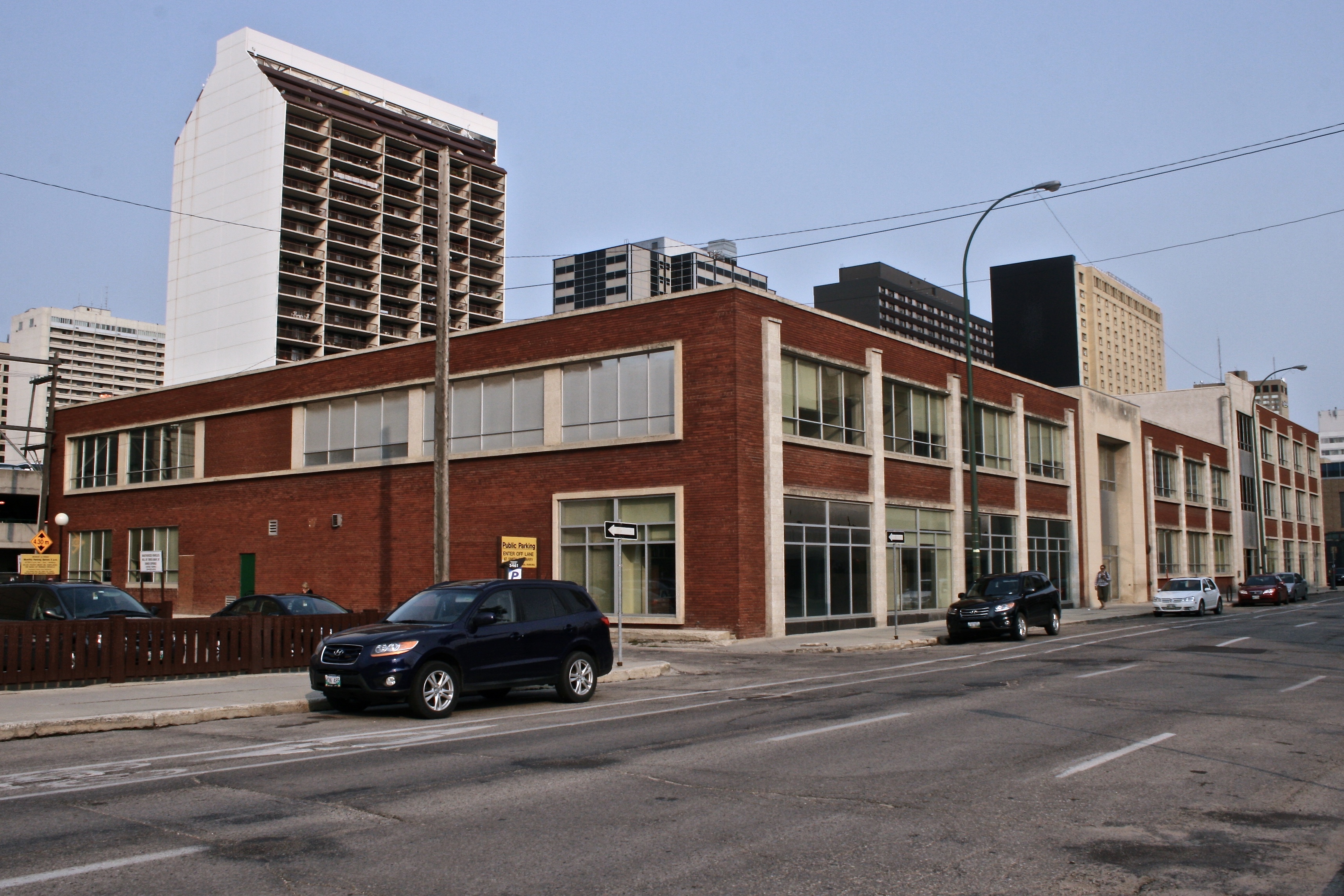 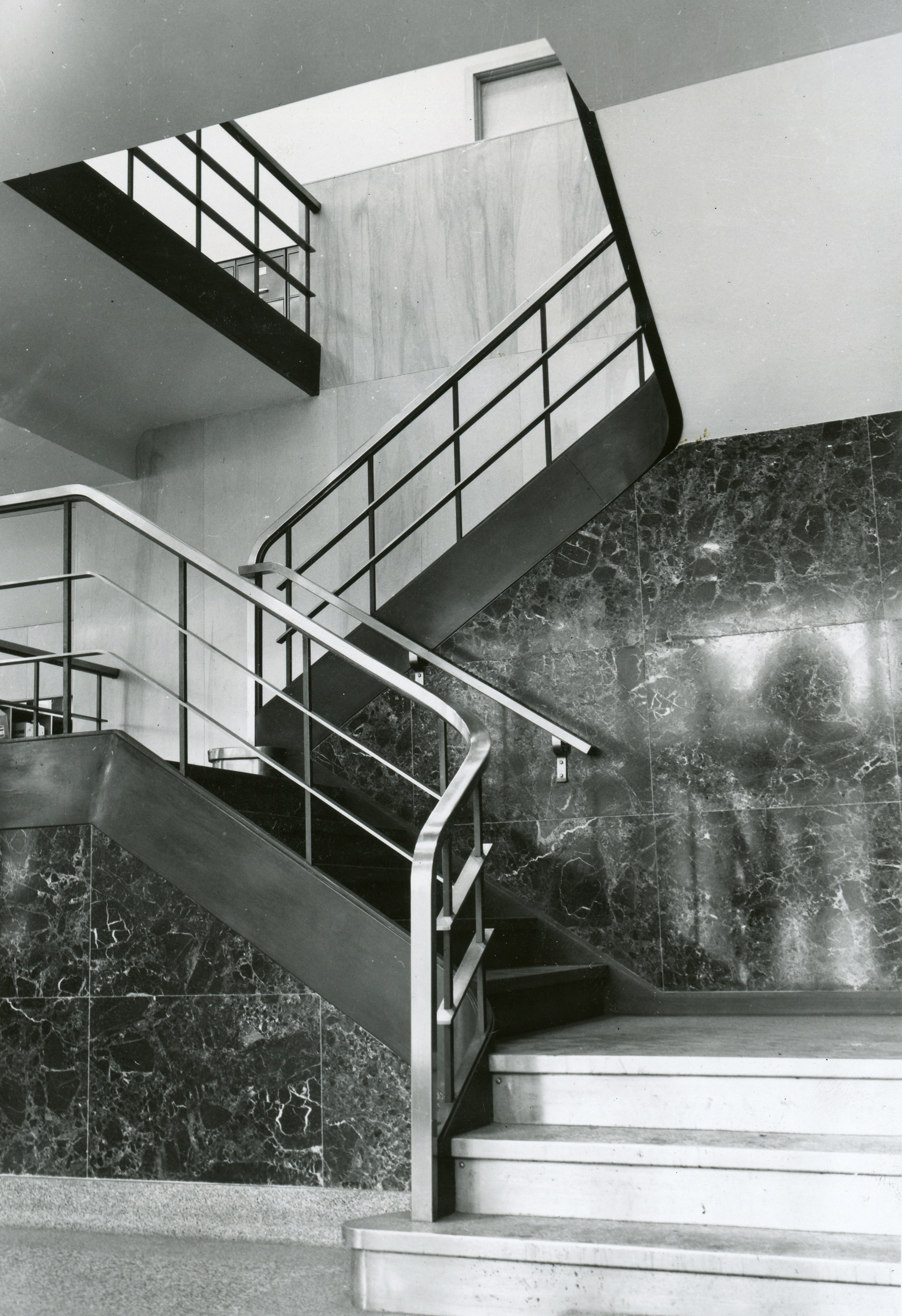 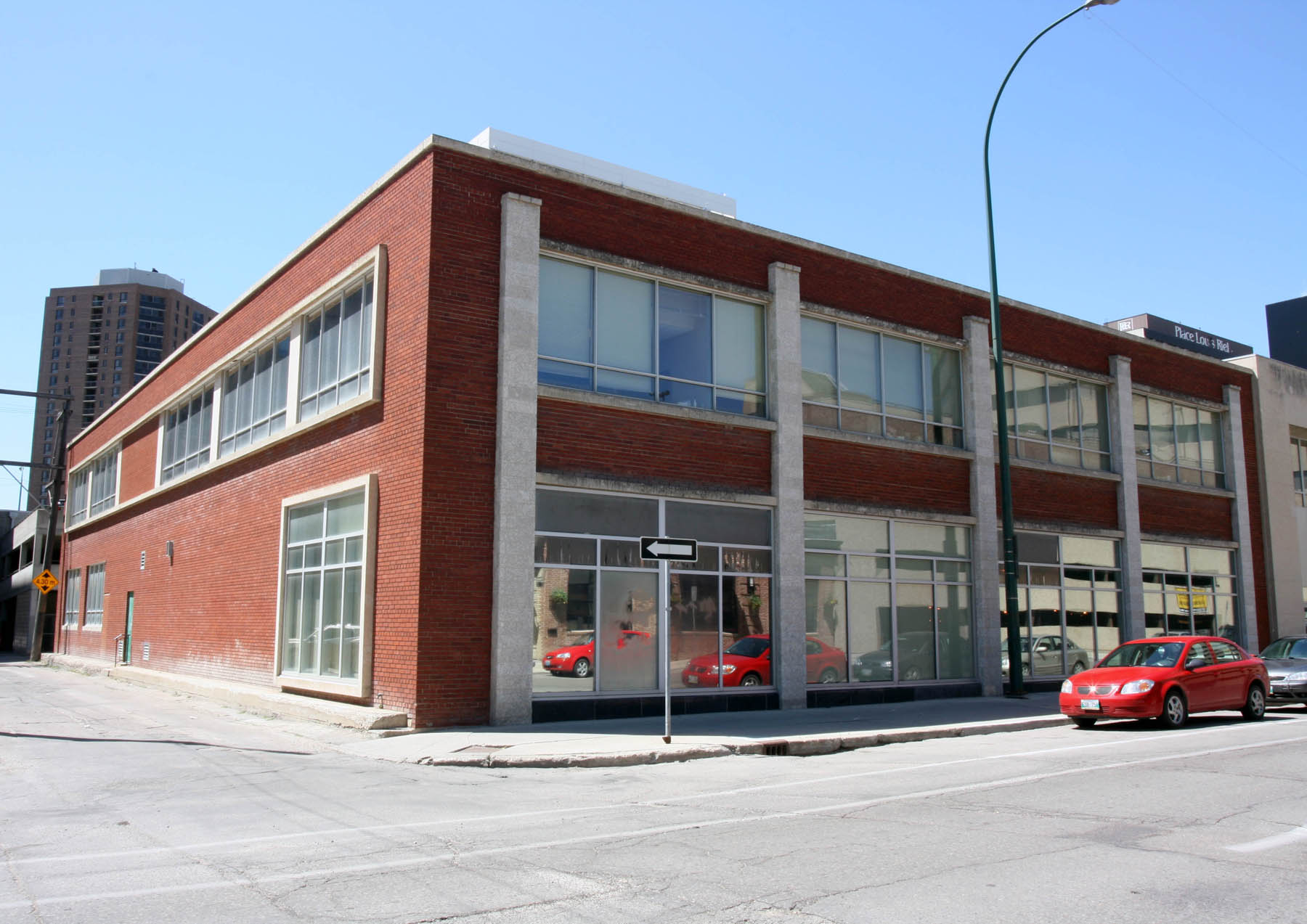 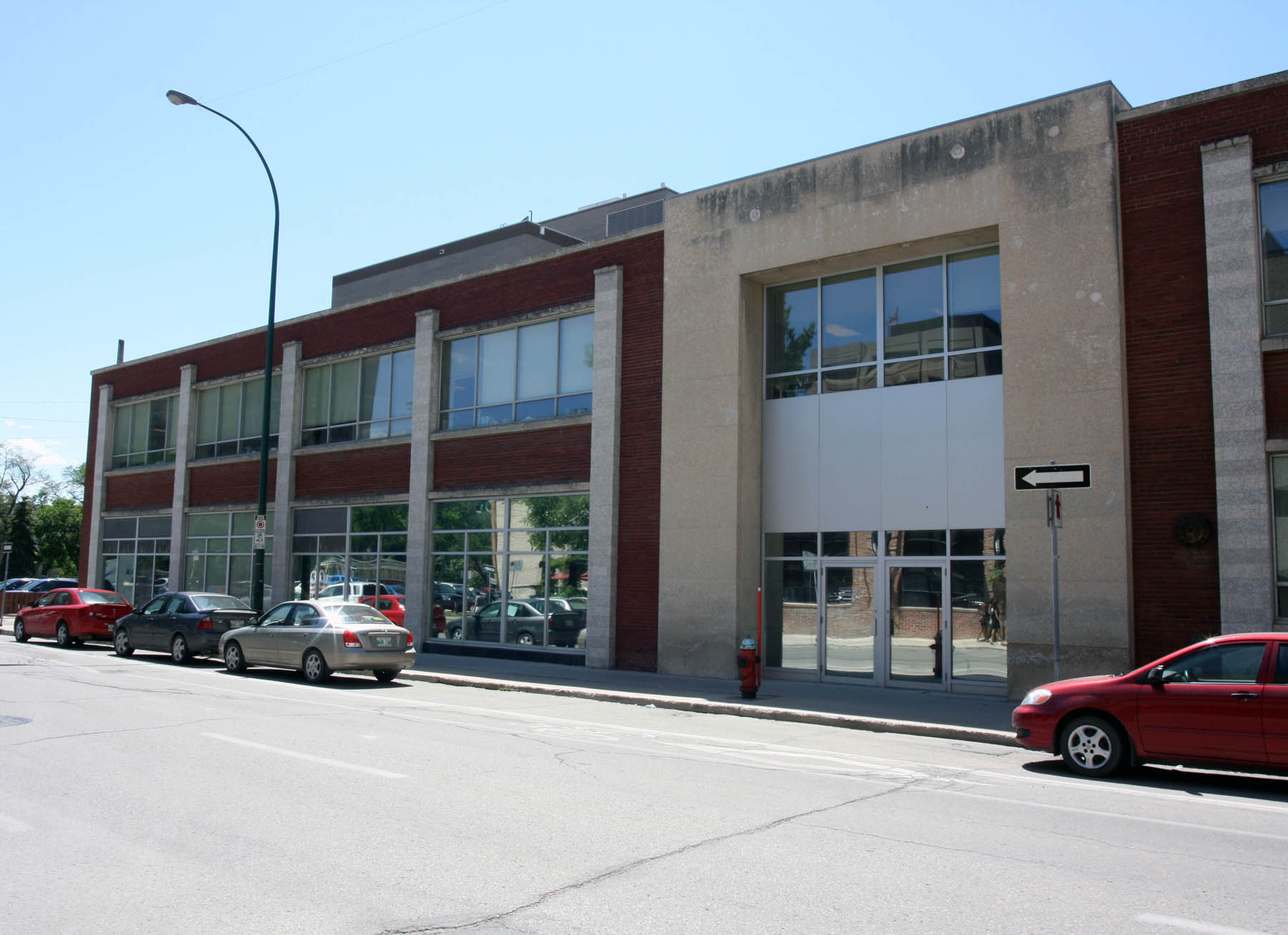 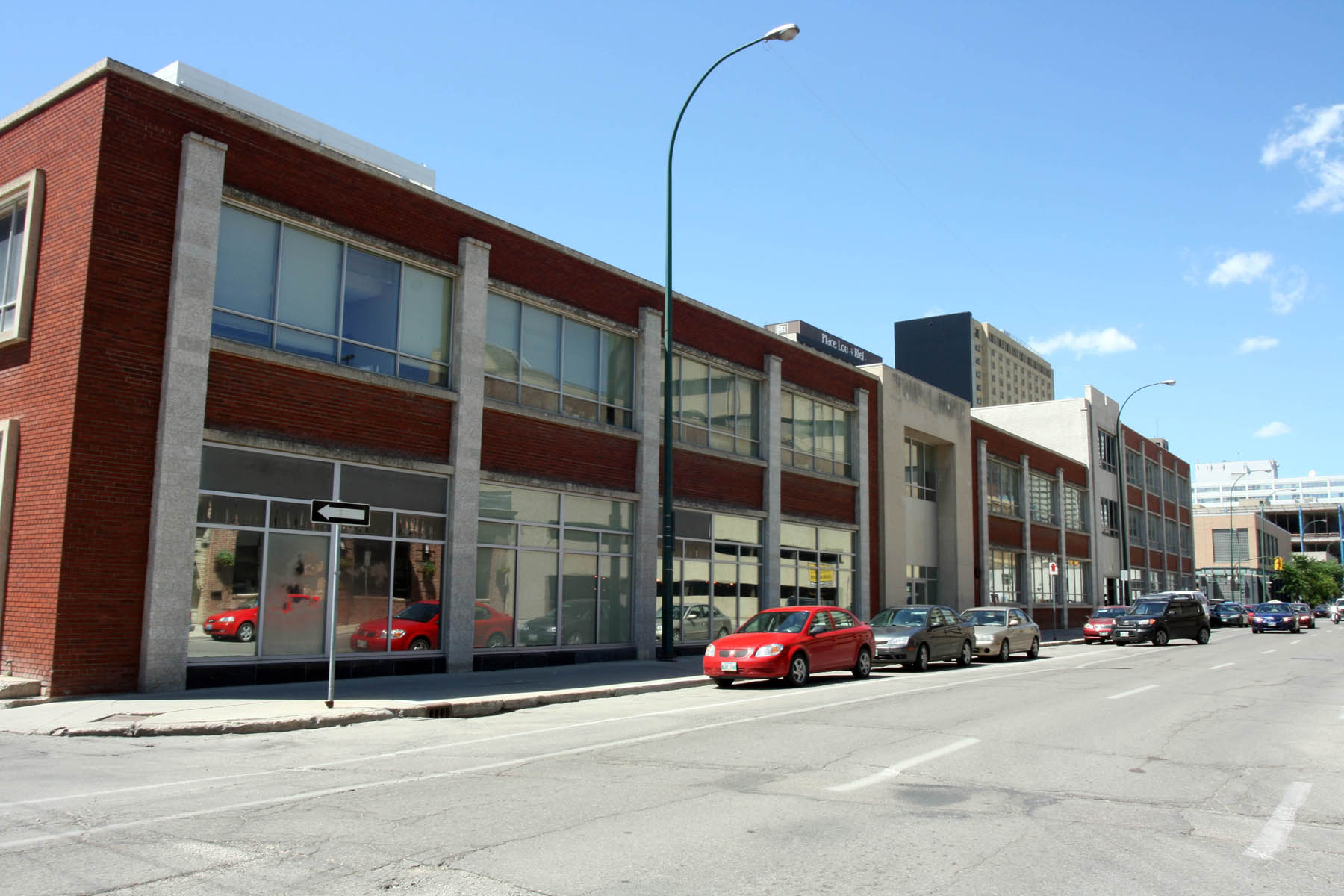 Constructed in 1950, 114 Garry Street was designed by the successful local firm Green Blankstein and Russell. It was originally commissioned by Canadian Fairbanks-Morse Co., a large-scale machinery distributor, for use as a main office and warehouse. The building now serves as provincial government services offices. A significant addition, designed by Number Ten Architectural group, was undertaken between 1994 and 1995, to accommodate a need for additional office space. The exterior facade of the original building features hard-burned Redcliff face brick on the east, north and south elevations, machine-dressed, smooth Tyndall stone for front entrance surrounds, steps and pilasters with granite facing below windows, stone window surrounds, and coping on the front. The later addition by Number Ten Architectural Group was sensitive to the original structure, using red brick with smooth Tyndall stone detailing. Expansive front facing windows are a characteristic of the original building and the addition. The design was made more contemporary by a larger, more striking entrance surrounded by Tyndall stone, with glass and aluminum panelling.

A 1975 proposal was made by to build an addition with design architects Moody Moore Partners, and although it was approved, the addition was never constructed. The addition was suppose to a three-storey building as well as a five storey parking garage, but the plans were never carried out and instead the building had to wait a number of years before it's addition