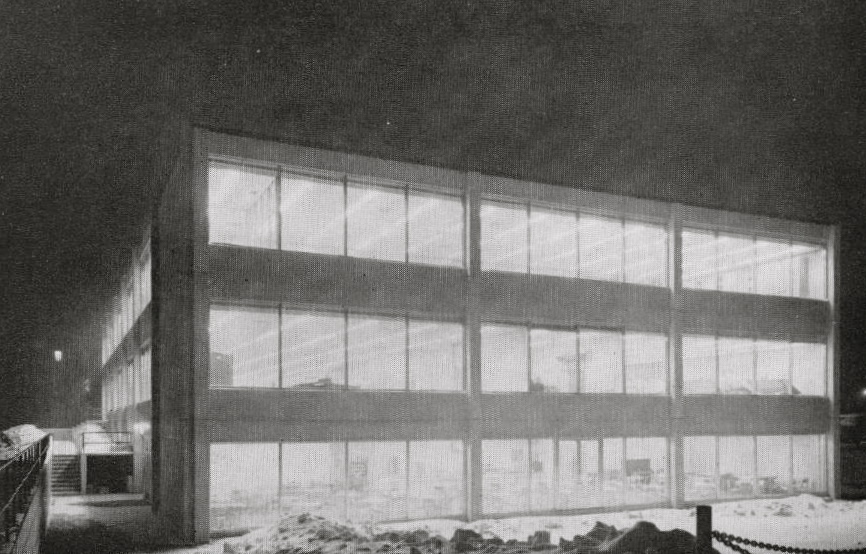 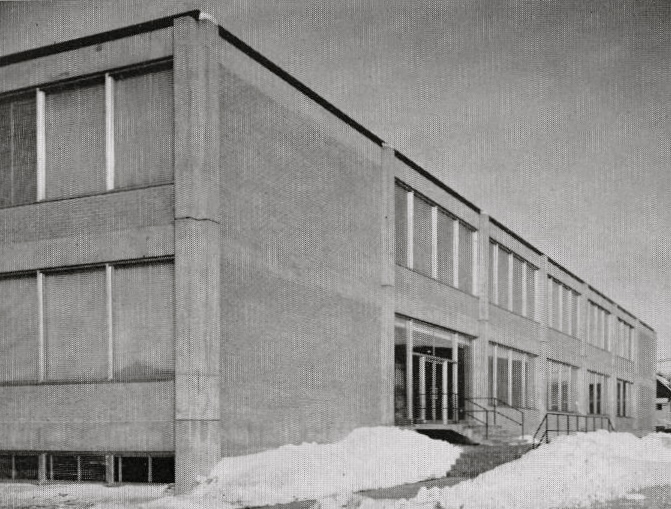 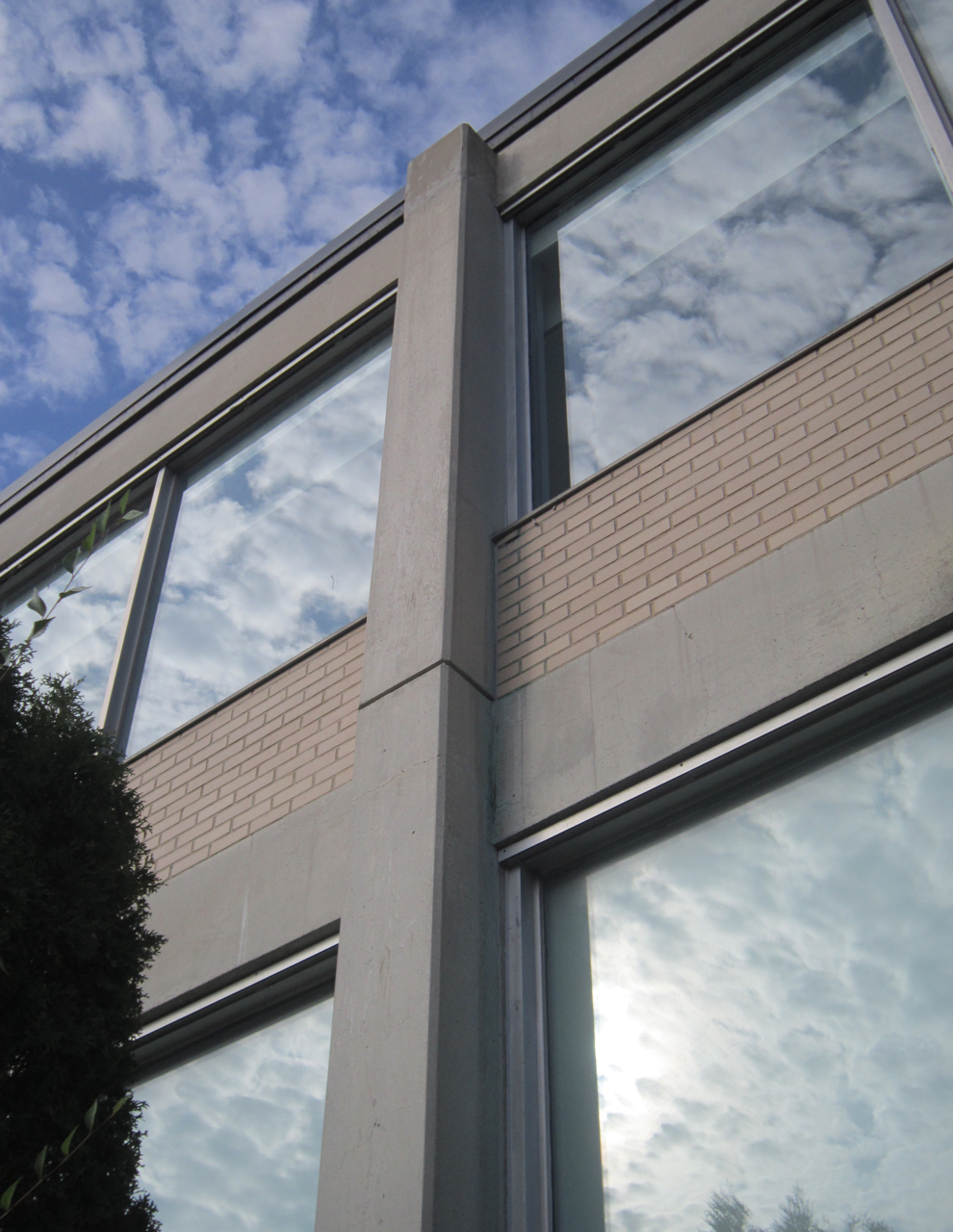 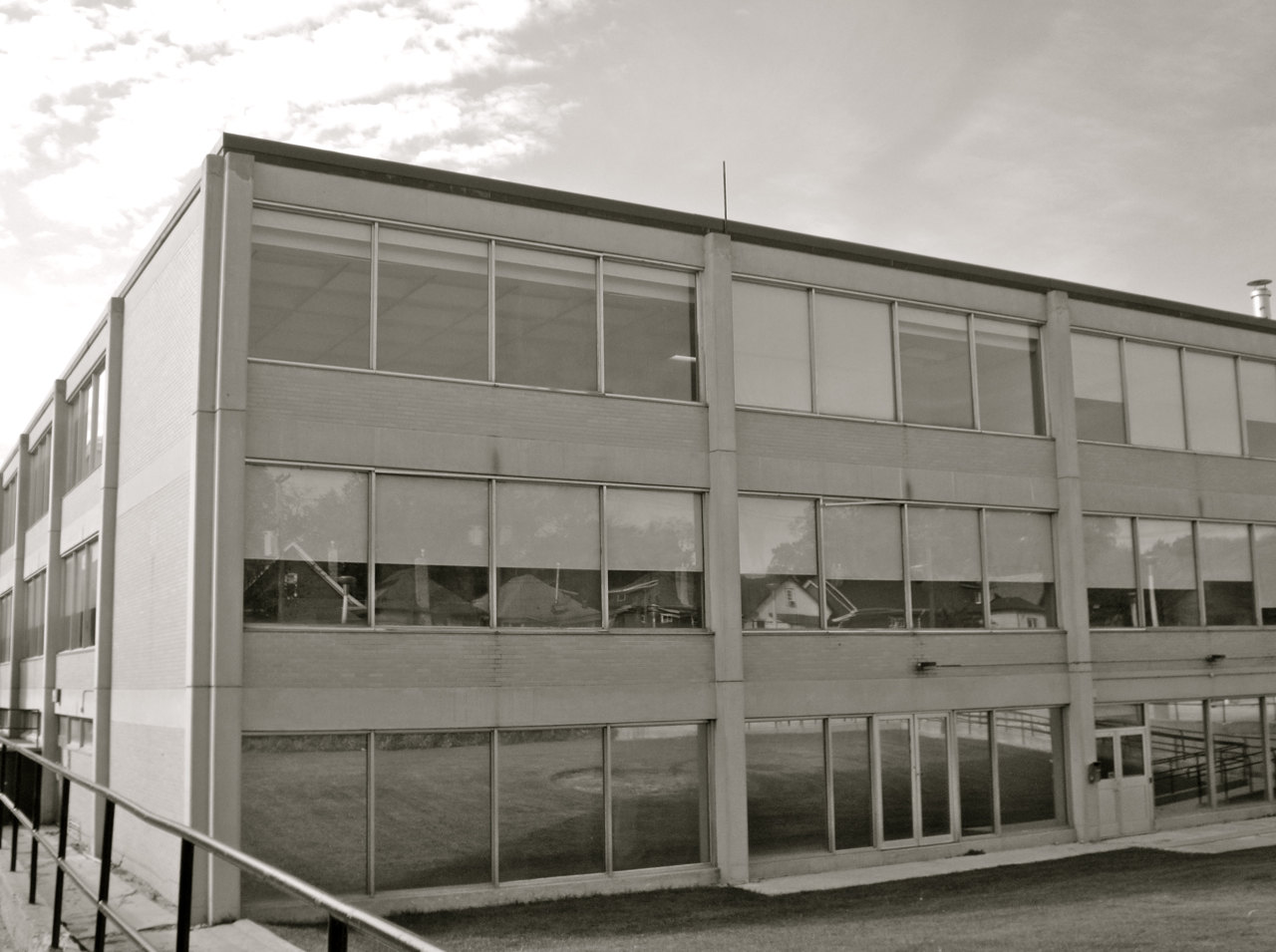 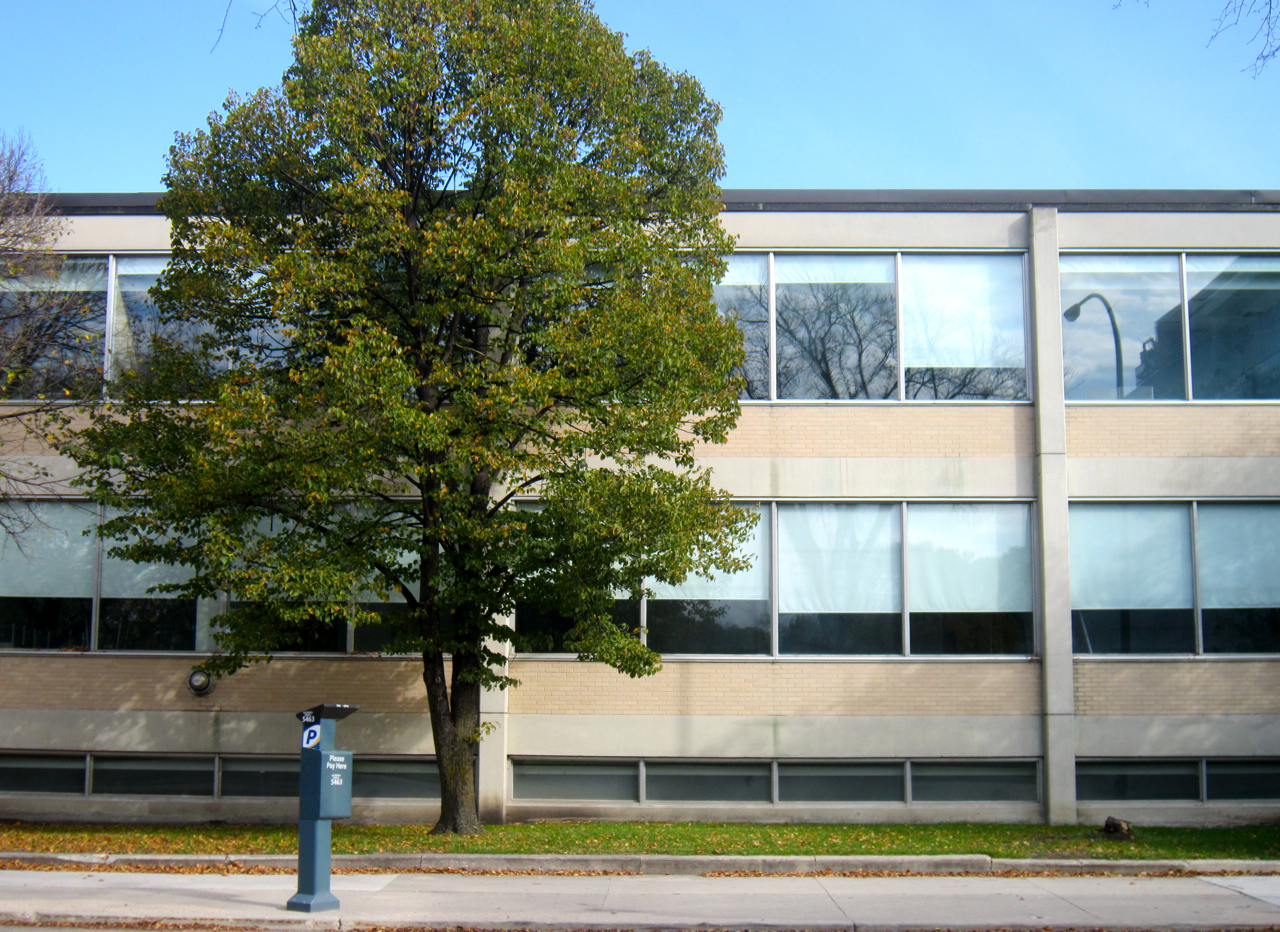 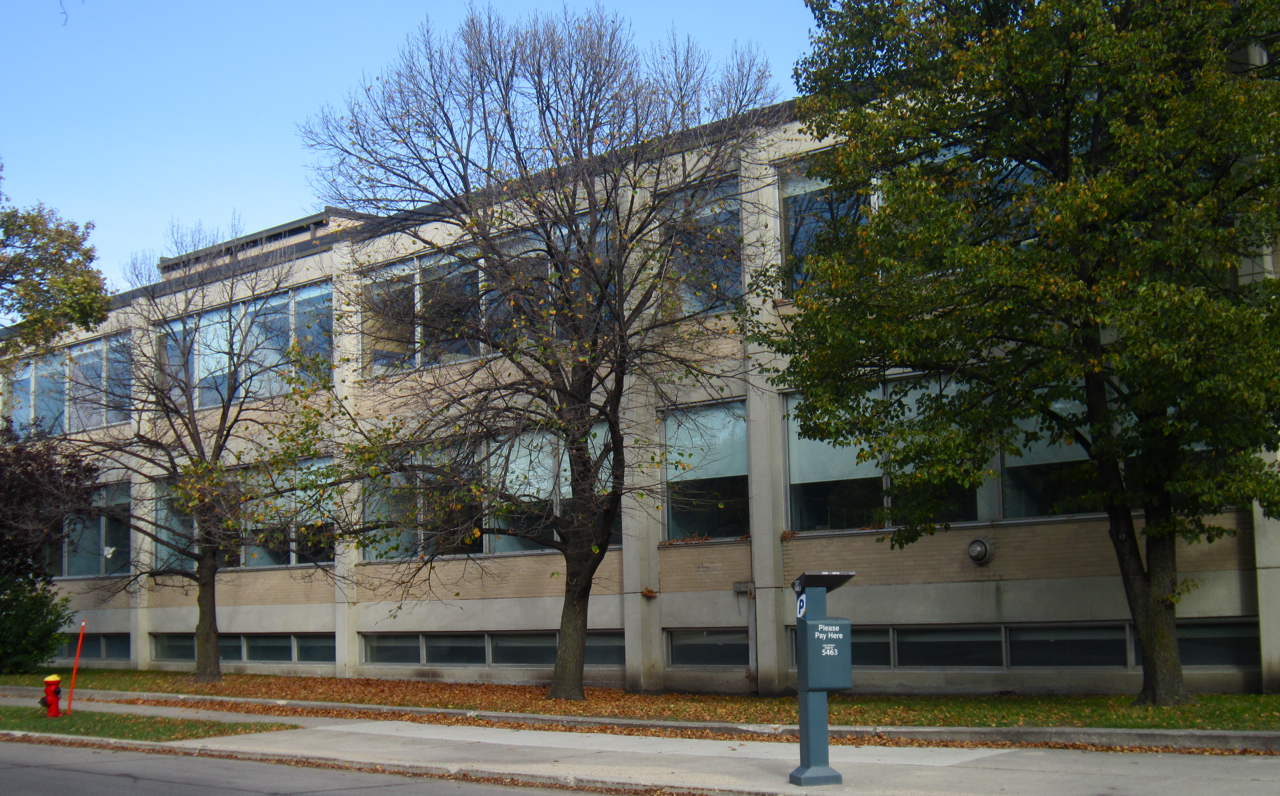 The design scheme here strongly resembles that employed in Green Blankstein Russell's 1953 winning entry in the competition for the design of Canada's National Gallery in Ottawa. The latter scheme has been seen as comparable to the work of the German-American architect Mies van der Rohe, who had taught at the Illinois Institute of Technology while two young Green Blankstein Russell architects were studying at that school, Morley Blankstein and Isadore Coop. Here the modernist aesthetic suited an institution which had as one of its central aims the electrification of the province. This approach is demonstrated in the clear exterior exposition of the components of construction, including the bare concrete vertical post and horizontal beams visible on all the building's facades. These spaces enclose bays made up of large glazed sections and areas of buff brick. Original estimates pegged the cost of this building at $680,000.